Keeping ‘Enough is Enough’ in focus 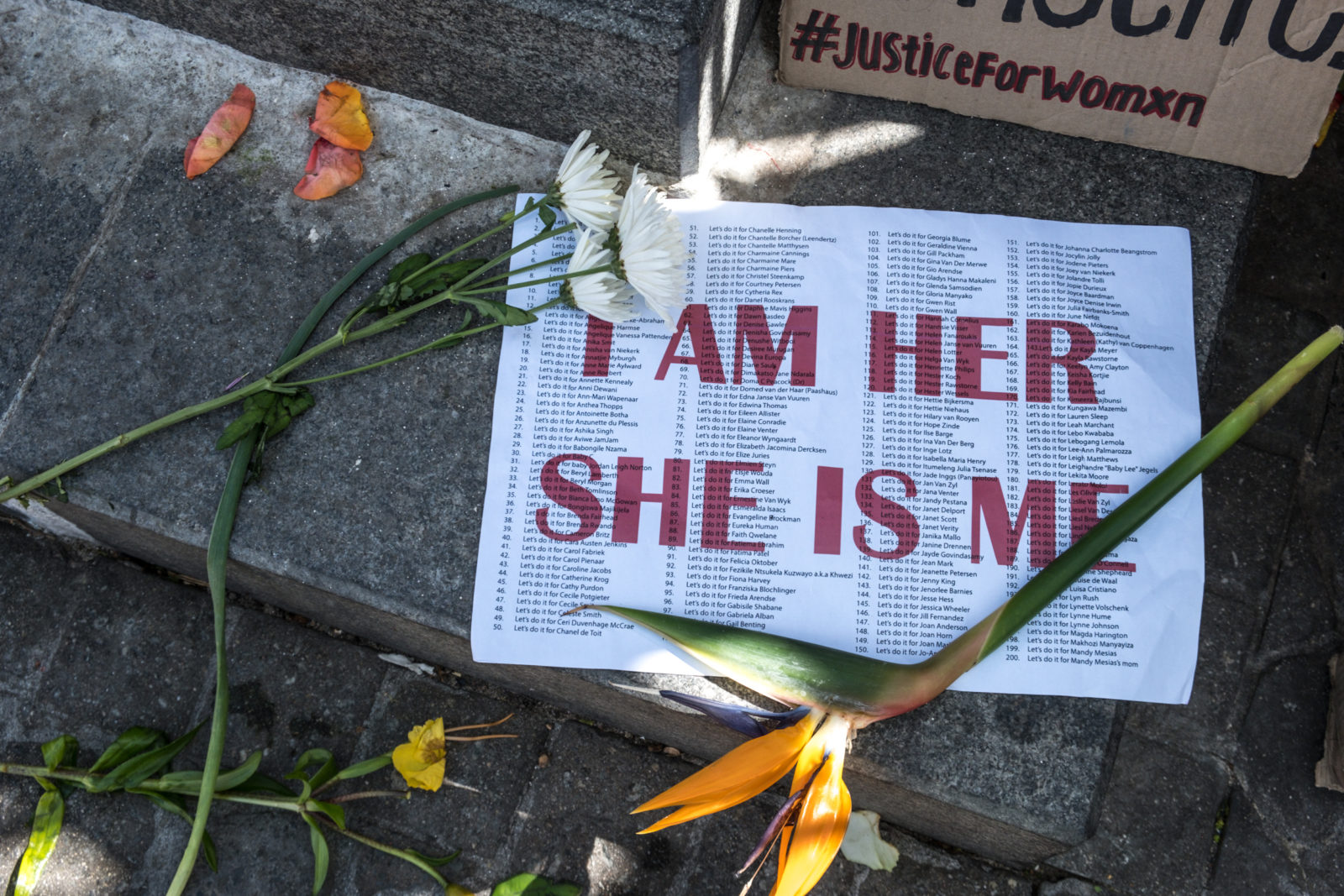 Documentary film-maker and stills photographer Nicky Newman has been documenting South Africa since the early Nineties. Here she shares a selection of her images from four of the many protest actions that took place in Cape Town during September 2019 in response to the unacceptably high rates of murder, rape and sexual abuse that happen daily in South Africa.

“We were shocked out of our numbness by the rape and murder of UCT student Uyinene Mrwetyana at a post office, right next to a police station, after a week-long, highly publicised search.

“One young man held a small placard saying ‘lost lives are not statistics’ and Uyinene was the proverbial last straw, becoming the face of a united campaign to end gender-based violence,” says Newman.

There is a barefoot walk in the Cape Town Company Gardens this Saturday, 28 September at 11am as the mass action continues.

Newman has a huge and important archive of the protests that can be viewed here.