Army stays for another six months, but Western Cape government wants seat in the operations centre 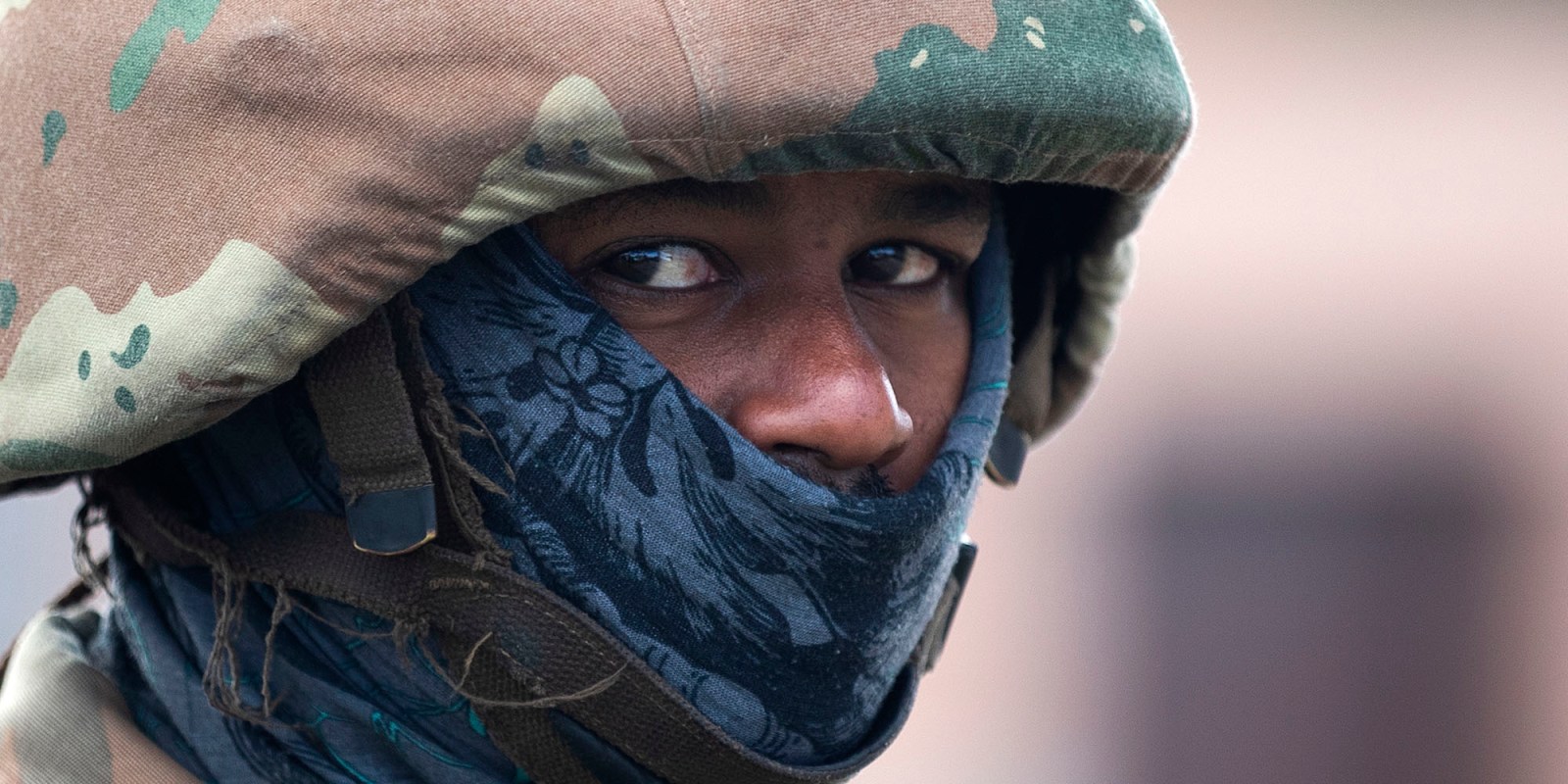 On the day SANDF troops were due to leave the Cape Flats, President Cyril Ramaphosa announced a six-month extension. The move was welcomed by the Western Cape and City of Cape Town administrations, but they demanded a say in operational matters.

After the official confirmation by the office of the Presidency that SANDF troops would remain on the Cape Flats, the Western Cape government has called for more involvement in the planning of operations in the next six months of their deployment.

President Cyril Ramaphosa announced on Monday 16 September — the day the SANDF was supposed to leave the Cape Flats — that its stay would be extended until 31 March 2020.

According to a letter sent by Ramaphosa to Parliament dated 13 September, 1 322 SANDF troops would be deployed at an estimated cost of R64 127 475.

The extension has been tentatively welcomed by Western Cape Premier Alan Winde, who had last week called for the six-month extension. Winde said that “if we want this deployment to be successful and truly make a difference in people’s lives, we need to make some operational changes and we all need to be working together”.

“The province, City of Cape Town, national government, the SAPS, SANDF and the entire criminal justice chain have to commit to working together, otherwise we will not achieve stabilisation over the next six months.”

In a joint statement released by Winde’s office and the MEC for Community Safety, Albert Fritz, the provincial government said it wants a clearer indication of what impact the SANDF deployment is having, including a “blended strategy which allows for a better combination of law enforcement, community mobilisation and availability of social service interventions to targeted groups”.

Additionally, the province wants a co-ordinated response between local, provincial and national government.

“Premier Winde has undertaken to convene and chair a ‘Safety Cabinet’ of stakeholders to co-ordinate the responses of the provincial government, City of Cape Town and the SAPS, NPA and SANDF, among others. Together, they must develop a joint plan of action to be implemented throughout the period of further deployment,” read the statement.

City of Cape Town Mayoral Committee member for Safety and Security, JP Smith, echoed Winde’s sentiments, but had concerns over the role of the troops over the next six months.

“We would also like to suggest that we review the deployment strategy for the military and Operation Lockdown and actually implement the name ‘lockdown’, he said.

Smith said the military should be deployed independently of the SAPS and not escort police on operations, but instead maintain an independent peacekeeping presence in suburbs with high levels of violence (especially overnight). This would help achieve an effective lockdown in the suburbs of the movement of high-flyers with outstanding warrants, illegal firearms and drugs to help stabilise the situation, he said.

The SANDF was originally deployed to the Cape Flats after an announcement by Police Minister Bheki Cele in July 2019, at a pre-Budget media briefing in Parliament.

In a letter to Parliament, President Ramaphosa said officials from the SANDF had been deployed “in co-operation with the South African Police Service for the prevention and combating of crime, maintenance and preservation of law and order within the Western Cape Province of the Republic of South Africa”.

The president announced he had deployed 1,320 SANDF members to the Cape Flats, and that “the total expenditure which is expected to be incurred for this deployment is R 23,391,351”.

While the president on Monday confirmed the extension, he did not provide the costs involved nor if there was any change in the number of troops to be deployed.

At the time of the July announcement, Cele said troops would be deployed to 10 areas of the Cape Flats most affected by crime and gang violence: Delft, Mitchell’s Plain, Philippi, Manenberg, Elsies River, Bishop Lavis, Nyanga, Khayelitsha, Mfuleni and Kraaifontein. DM