Young champ is putting SA on the world gymnastics map 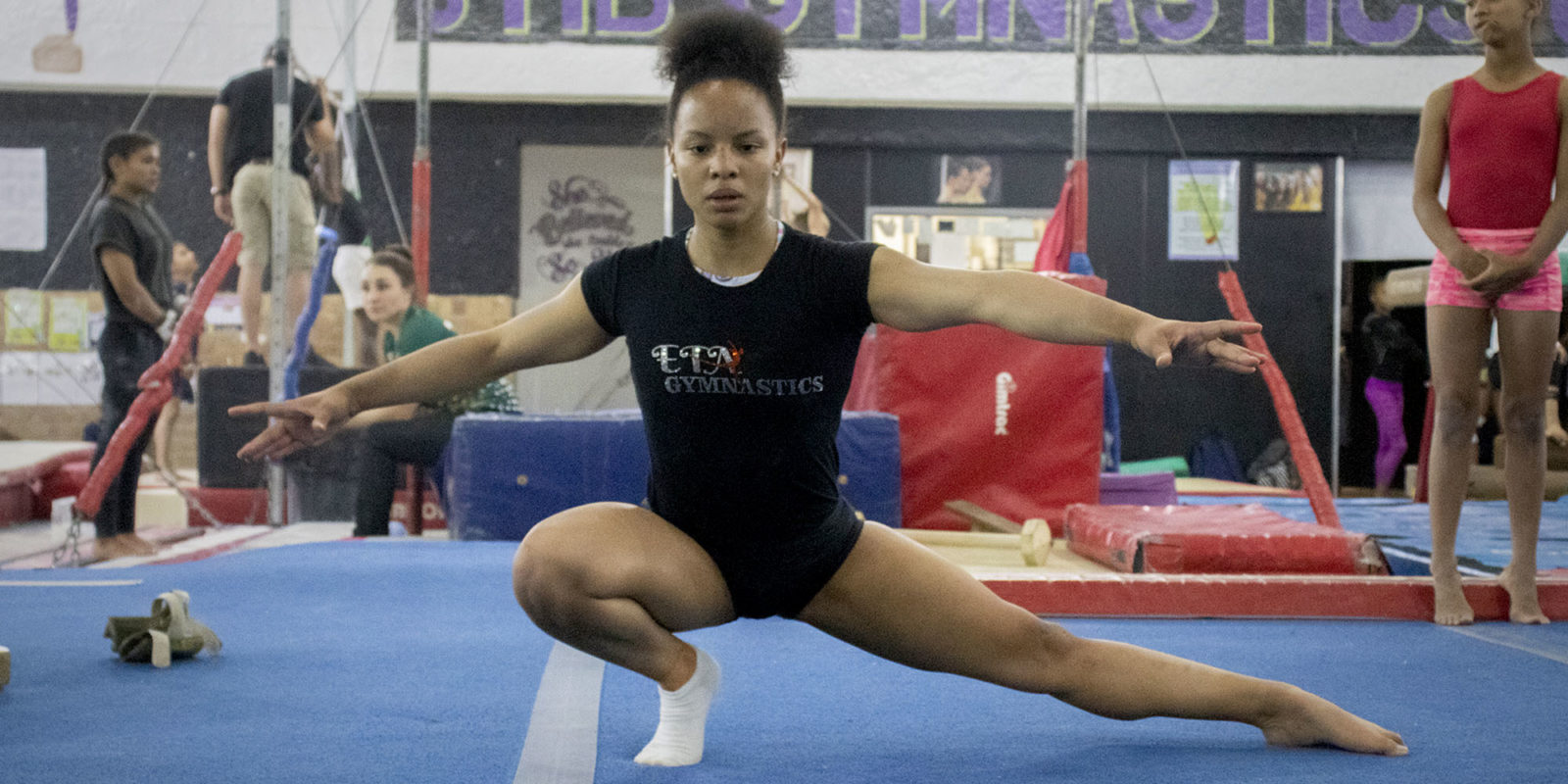 Parktown Girls High School pupil Caitlin Rooskrantz recently made history when she became the first South African to win a gold medal at a World Challenge Cup. Now she is looking to make more history at the 2020 Olympic Games in Tokyo.

On a Wednesday evening, the Johannesburg Gymnastics Centre in Newlands, Johannesburg, is a hive of activity. Girls and boys of all ages are running around, doing backflips and swinging from various pieces of equipment around the room. Near the entrance of the gymnasium are three raised wooden beams; poised on the middle beam is Parktown gymnast Caitlin Rooskrantz.

Despite the cacophony of sound echoing around the gym, Rooskrantz has unshakable concentration. The 17-year-old doesn’t take her gaze from the beam in front of her, except to look up when her coach Ilse Roets-Pelser demonstrates a move or issues an instruction.

For two hours, from 5.30pm to 7.30pm, Rooskrantz engages in a “light training session”, according to her coach. This involves practicing her routines for all four apparatus of artistic gymnastics: beam, floor, vault and, her specialty, uneven bars. The session is relentless, with Rooskrantz moving at lightning speed, flipping and spinning her body seamlessly in mid-air.

There are a few fumbles here and there, when fatigue seems to be catching up with Rooskrantz. In spite of the tiredness, the youngster gets rises from the floor with a renewed look of determination on her face and attempts the routine once more.

“This is not Caitlin at her best,” remarks Roets-Pelser, as Rooskrantz practices floorwork.

While the gravity-defying moves Rooskrantz pulls off seem way beyond normal, it is clear that she is not at peak performance level. This is because she has just returned to South Africa on a 15-hour flight from Szombathely, Hungary.

There she competed in the Federation of International Gymnastics (FIG) World Challenge Cup, where she made history by becoming the first South African to secure a gold medal in a top-level tournament.

Rooskrantz pushed herself to the limits by first qualifying her way into the uneven bars final in fourth place. She then went on to bag gold on the apparatus with a total score of 13.333.

“I think because we qualified in fourth, winning a medal was realistic. She was up in seventh, six girls competed before her – including the girl that qualified in first place, but she made a mistake. Then Caitlin went sixth and had a great routine, it was one of the cleanest routines she’s done in her life, so then I knew there was a chance for gold. Then there was one gymnast to go, from Argentina, but then she also made a little mistake, so that’s when I knew (that we’d secured gold),” Roets-Pelser told Daily Maverick.

The coach says they were overwhelmed when the South African national anthem played at the medal ceremony – the first time it had been heard at such a major event in international gymnastics.

The 17-year-old matric pupil told Daily Maverick: “It’s still sinking in. But, yeah, I didn’t even know that no South African had ever, you know, won a gold medal. After I stood on the podium, then came off, my coach was crying. And, you know, they told me that I just made history, because no South African has ever won gold; the closest was silver. But as much as I’m really proud of myself, I feel that I’ve really opened doors for future South African gymnasts.”

Starting the sport at the age of six, Rooskrantz has dedicated every free second to her training. The end goal was to get to the Olympic Games, but she thought that was years away and she never expected major success to come so quickly.

Rooskrantz reckons she’s probably injured every single part of her body, including a serious knee injury in 2017 which took her out of competition and training for many months. However, after the setback, she returned with renewed energy and focus.

“I was out for the whole of 2017. That was really hard for me because the year before, 2016, I was national champion and I had a really good year and in 2017 I had to be out, you know, I couldn’t build a CV, I couldn’t participate in anything. That was not only physically hard but mentally, too.”

Getting back was all about “visualisation”, building on watching videos of her old routines and imagining doing them while she was injured.

She couldn’t compete at the Commonwealth Games, but Rooskrantz returned to competition with a vengeance, becoming Senior National Champion for 2018. At the African Championships she contributed to the team silver and won gold on the uneven bars for a second consecutive year.

On the prospect of being in Team South African at the Tokyo 2020 Olympics, Rooskrant says: “We all know that’s the big dream, that’s the end goal, to be at the Olympics one day. It’s so far-fetched, it’s like, only the Americans go there. But getting to the stage now where it becomes realistic, being this close to it, it feels like you can almost touch it. That motivates me and pushes me more.”

Qualifying for the Olympics is now at the forefront of her mind. Despite this being a very demanding academic year, as her final matric exams draw closer, Rooskrantz says she is used to balancing practice with schoolwork.

Roets-Pelser, who Rooskrantz says is like a second mother, ensures the academia-sport balance is maintained – a career in competitive sport is very short.

“I think my philosophy and part of my success as a coach is that I don’t only care about the gymnasts and their gymnastics, but also about them as people and their future. And I think when you’ve got someone like Caitlin, who is strong academically and in gymnastics, it’s important to nurture both those talents that she’s been given,” said the coach.

The South African Gymnastics Federation (SAGF) says it is immensely proud of the ace gymnast: “Caitlin is a leader for our Women’s Artistic Team, who together with Naveen Daries (fourth on floor in Hungary) are leading a group of gymnasts in whom we are so excited for the future of our sport. She is an ambassador for all gymnasts in South Africa, especially the young girls who can look up to her and know that no matter what challenges life may put in front of you, with hard work, dedication, grit and determination you can achieve your goals. This is one step closer to Caitlin’s dream of going to the Olympics.”

Gymnastics has long been considered a European-dominated sport, or more specifically a Soviet Union/Russian sport. However, when American Simone Biles glided to glory at the 2016 Rio Olympics there was a sense of a shift in power.

Roets-Pelser and Rooskrantz both believe that the emergence of Biles proves the world is catching up to Europe, with SA gold medal further testament to that fact.

The focus now is on the 2019 World Artistic Gymnastics Championships in Stuttgart, Germany, from 4 to 13 October. If Rooskrantz is to become the first gymnast in 15 years to represent South Africa at the Olympics, she needs to finish in the top 20 at this tournament. She finished 16th last year. DM