A pledge to Sulaiman ‘Babla’ Salojee

I will uncover the truth about this apartheid-era killing 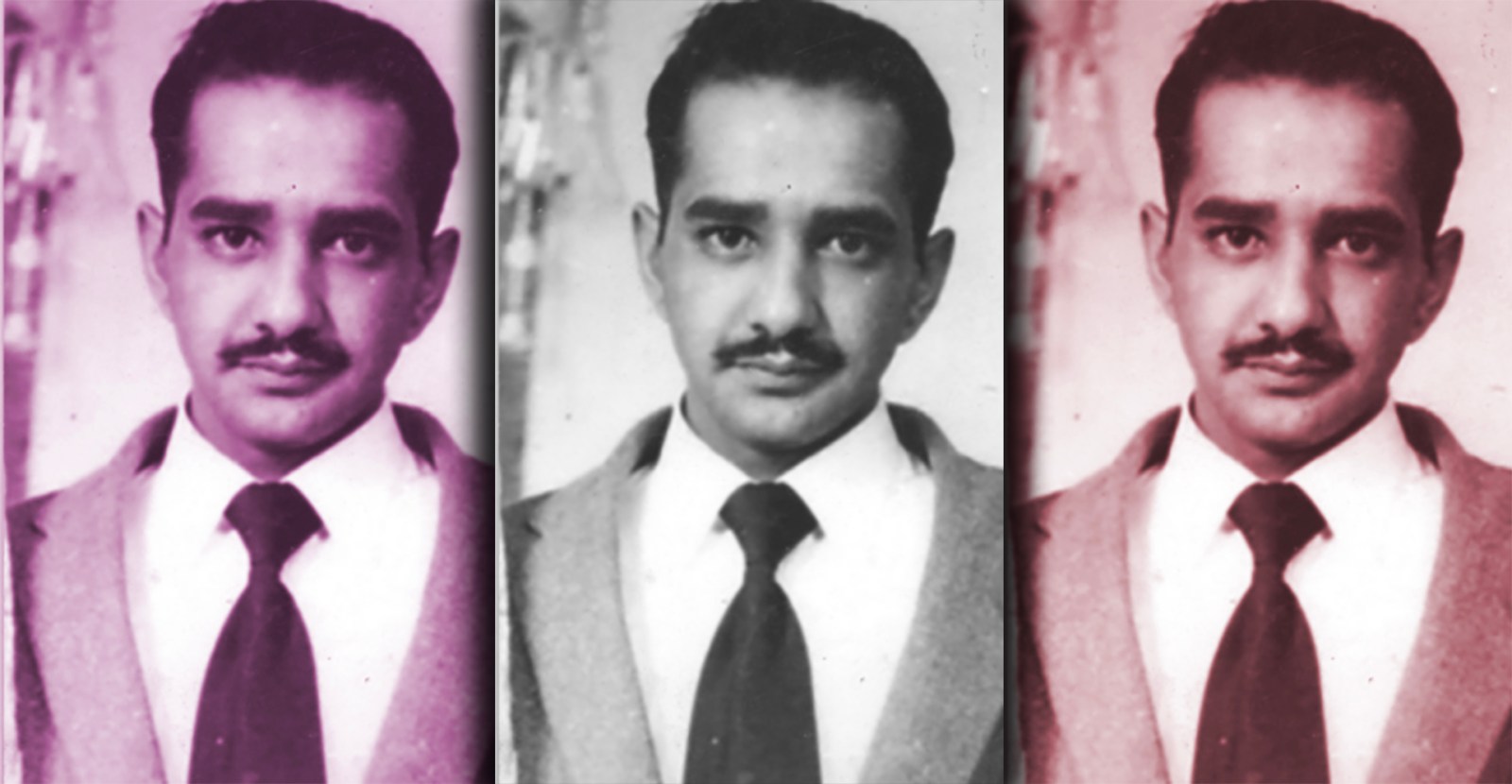 This is an edited version of a speech delivered by Imtiaz Cajee, the nephew of Ahmed Timol, to commemorate the 55th anniversary of the death of Sulaiman ‘Babla’ Saloojee, an anti-apartheid activist who was killed in police detention.

I was five years old when Uncle Ahmed Timol was murdered in police detention in October 1971. I am in no position to talk about either of them. There are comrades who are better suited for this.

I speak to you today as the nephew of Uncle Ahmed. I am honoured and humbled that Aunty Rookaya has asked me to speak on her behalf.

Uncle Babla was detained two days after their engagement. They were married for two years when he was detained the last time on 6 July 1964 for approximately two months. I console myself that Uncle Ahmed was detained for four days and 18 hours only. His body lying on the slab in the Hillbrow mortuary with ante-mortem wounds inflicted on his wounds remains entrenched in my mind. As is my grandmother, Uncle Ahmed’s mother, narrating to me how not knowing where and what was happening to Uncle Ahmed, impacted on her.

I can only imagine what Uncle Babla went through at the hands of the Security Police for over two months in detention. What was Aunty Rookaya going through in this period looking for Uncle Babla?

Police claimed that on 9 September 1964 he fell to his death from a 7th floor office of Security Police headquarters, The Grays building in central Johannesburg.

The Security Police did not have the decency to inform Aunty Rookaya about the passing of her husband. She only found out that her husband had passed on when she was notified by a journalist.

After Uncle Babla died, a policeman called “Rooi Rus” Swanepoel threatened Aunty Rookaya with death and asked her to become an informer.

“He is dead. You are the next to die,” she said she was told.

Swanepoel offered Aunty Rookaya a home, a car and an allowance if she would inform police where they could find communists. This approach for recruitment of victims’ families was not limited to Aunty Rookaya. Ben Kgoathe’s dad Nicodemus died in police detention in 1969. When Ben Kgoathe struggled to look after his mother and siblings, Security Police made a similar approach of recruitment to him, one that he dismissed.

Aunty Rookaya suffered a nervous breakdown after Babla’s death. Security Police continued to harass her and make her life difficult until the 1980s.

At the TRC inquest on 30 April 1996, Aunty Rookaya as well as my grandmother, Uncle Ahmed’s mother, Hawa Timol, testified. Aunty Rookaya informed TRC commissioners that the 1964 inquest into Babla’s death had lasted five minutes. The magistrate had not allowed her to ask questions, saying “that is all” when she asked why her husband’s clothes were full of blood.

We need to ask difficult questions that make many among us uncomfortable. Twenty-three years later, what has happened since Aunty Rookaya testified in April 1996? Why has there been no investigation to ascertain what really happened to her husband? He did not commit suicide…

The reality is a painful one.

After support from the Legal Resources Centre (LRC), Foundation for Human Rights (FHR), Webber Wentzel (WW), private investigator Frank Dutton and human rights lawyer Howard Varney, we conducted our own investigations; located witnesses, obtained statements and affidavits that led to the NDPP Shaun Abrahams announcing the opening of the Ahmed Timol inquest in October 2016. This was our initiative, not one of the NPA or the Hawks.

They had failed to locate Joao Rodrigues who was publishing his own books and will release his latest book next week. Instead, it was his own daughter, who has opened a case against him for allegedly sexually abusing her as a child, who handed him over to us. That led to him being subpoenaed and testifying at the 2017 inquest. This led to Judge Billy Mothle ruling on 12 October 2017 that Ahmed Timol did not commit suicide, but was murdered in police detention. Mothle also ruled that investigations be conducted against former Security Branch officers Neville Els and Seth Sons.

More than 20 months later, the investigation into Els and Sons has not been concluded. They are both in their early 80s. This is the background that led to the reopening of the 2017 inquest and successful reversing of the 1972 inquest.

It took nine months for Rodrigues to be charged on 30 July 2018, almost nine months after the historic ruling on 12 October 2017. We head back to court on 18 September 2019 with Rodrigues’ legal team appealing the ruling of the full Bench of the South Gauteng High Court dismissing his application for a permanent stay of prosecution. We are confident he will be unsuccessful; he will then appeal to the SCA in Bloemfontein and then to the ConCourt in Braamfontein.

What perturbs me is that since 2002, apartheid-era prosecutors continue to be tasked with investigations into TRC cases. They have not been replaced and are firmly in the driving seat. Their stalling and delaying tactics have already seen the deaths of Security Branch operatives in the Aggett and Haffejee matters. How many more are to die before TRC cases are expedited?

Aunty Rookaya, you are not alone. I have been honoured to interact with families across the country as we continue to conduct our own investigations into TRC cases with very little assistance.

We depend on civil society and the Ahmed Kathrada Foundation (AKF) to continue commemorating the anniversaries of our fallen heroes and heroines. But, it can’t end there. President Cyril Ramaphosa has on two occasions of his State of the Nation Address (Feb and June 2019) not responded to our requests to institute a commission of inquiry into why the NPA has not investigated more than 300 TRC cases. We have now, through Lukhanyo Calata, made a submission to the Zondo Commission to investigate these matters.

Aunty Rookaya, I am often asked why I am pursuing these matters on Uncle Ahmed after the reversal of the inquest in 2017. I hear that I am doing this for fame, glory and financial gain. This could not be further from the truth.

Apart from preserving our history, legacy and reversing inquest findings, there is one additional aspect– that of political conscientising. This is desperately needed today. I, as a civil servant, am proud to serve my country.

If comrades who fought apartheid in the trenches – some of whom are today in the corridors of power – truly understand the sacrifices of Comrade Babla and many others who did not witness the dawn of democracy, there would be no need for the commissions, such as Zondo, Nugent and Mokgoro, where we hear about the looting of state resources.

I commit myself today to Aunty Rookaya that I will continue pursuing the reversal of the 1964 inquest ruling that stated that Sulaiman Saloojee committed suicide. We will succeed, even though it takes time. But, I will never give up. This is my promise to you who I now view as a mother. DM