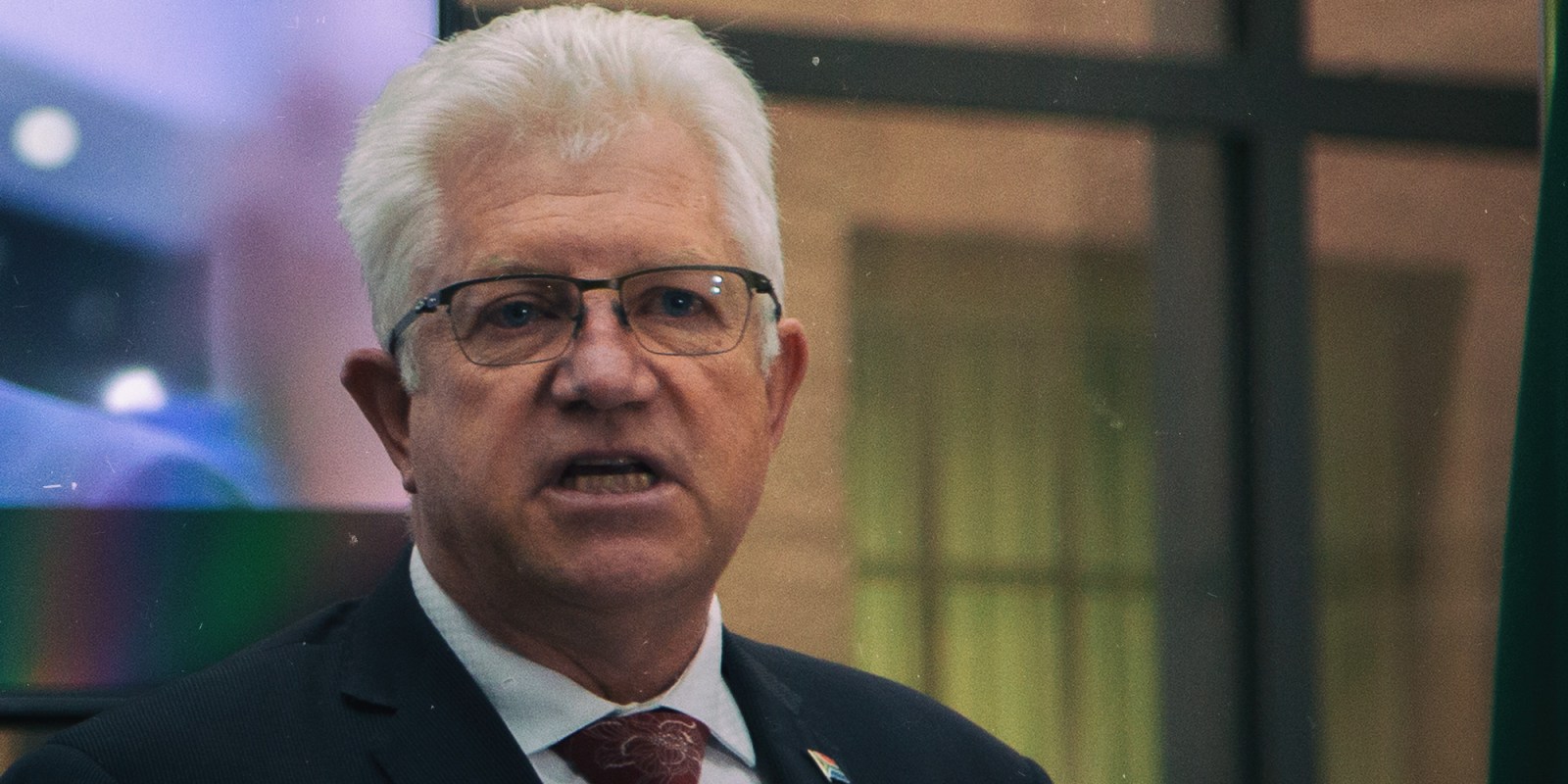 It’s been just over 100 days since Alan Winde took control of the Western Cape after the national and provincial elections. In that time, trouble has brewed within the province – there's been the fining of street people, issues around housing, not to mention an opposition that is not keeping quiet both within the confines of the legislature and outside it.

Alan Winde, premier of the Western Cape, says the first 100 days in office have been daunting and exciting, but now “it’s up to the plan and hard work”.

Friday marks the new premier’s first 100 days in office but between a raucous opposition within the provincial legislature, fining of the homeless within the City of Cape Town, various protests on issues such as housing and service delivery, Winde’s 100 days have definitely not been quiet.

Read in Daily Maverick: Winde officially becomes premier of the Western Cape, but not without ANC drama.

Winde told Daily Maverick this week that his biggest achievement, albeit in this short period, has been to merge the DA manifesto into the plan of government. Winde’s election campaign ticket had been run on the call for the province to take control of the police and the rail network, lifestyle audits for his executives and for the creation of an Economic War Room.

Winde has managed to implement some of these. The Economic War Room has been started. The tender for the implementation of the lifestyle audits have been finalised: “That will be happening,” he told Daily Maverick. Additionally, the premier has started his flagship First Thursdays programme, in the interest of “open and accessible governance”. When Winde was MEC for Community Safety in 2018, this was an initiative he had started. On 1 August, he and his MECs had their first First Thursday in Cape Town, where members of the public could walk in, speak to his provincial Cabinet without any appointment being necessary.

But is this enough, especially when opposition political parties, are watching every move from the man who succeeded Helen Zille as premier of the Western Cape?

GOOD’s Brett Herron, one of Winde’s and to a greater extent, the DA’s fiercest critics, told Daily Maverick: “I did welcome the Premier’s announcement that he was going to run a government of integrity and enact lifestyle audits and offered my support to that commitment.” Herron, a former member of the DA alongside Winde, now occupies a seat in the opposition benches as the sole member of GOOD within the provincial legislature.

Herron stated: “We need a government that acts with the sense of urgency our fragile social fabric demands. We are sitting on a ticking-time-bomb of unmet promises and expectations and we have a government that talks a good talk, has great buzz words, but hasn’t done much yet.”

This is pretty much in line with what Economic Freedom Fighters (EFF) provincial secretary Melikhaya Xego, said: “On 18 July 2019 Premier Alan Winde gave his first State of the Province address – 100 days later, nothing not even planning towards fulfilling his six priorities of safety, the economy, empowerment of people, transport and spatial planning and innovation and culture has surfaced…. It is clear that Premier Winde was just regurgitating what was said by all previous premiers.”

Cameron Dugmore, leader of the official opposition ANC in the legislature, said the premier “started with a bang but is clearly battling both with officials still loyal to former Premier Zille as well as the DA cabal who are uncomfortable with his stated commitment to work co-operatively with the ANC and National Government”.

Dugmore, a veteran politician within the Western Cape said “those in control of DA still believe in the “ blame and complain” approach. “The DA’s own ideological and identity crisis also have impacted negatively on his first 100 days. There has been no substantive progress on his stated priorities – safety, jobs, education and public transport.”

With his first 100 days done, what should Winde do next?

The EFF’s Xego said Winde needed to focus on the economy – which is “predominantly in white hands” and initiate plans to ensure the equitable distribution of wealth.

Xego also called on Winde to focus on the empowerment and the emancipation of women and the youth. “Women and children are being killed, raped and abducted in the Western Cape and there are no consequences.”

“We have welcomed his personal commitment to work together on common challenges. This has the potential to find lasting solutions. It’s a breath of fresh air compared to his predecessor. He needs to be brave and bold,” said Dugmore.

Winde has stated that his door is open for opposition parties to sit with him and bring issues to the table to be solved.

Winde told Daily Maverick that not only is he willing and able to speak to the opposition, speaker of the provincial legislature Masizole Mnqasela was willing to set up quarterly meeting meetings with opposition leaders.

“These are new interventions, we haven’t had them before and that’s about trying to set that tone – we can be adversarial at election time but now we need to get down and make sure the province becomes a better place to live.” DM