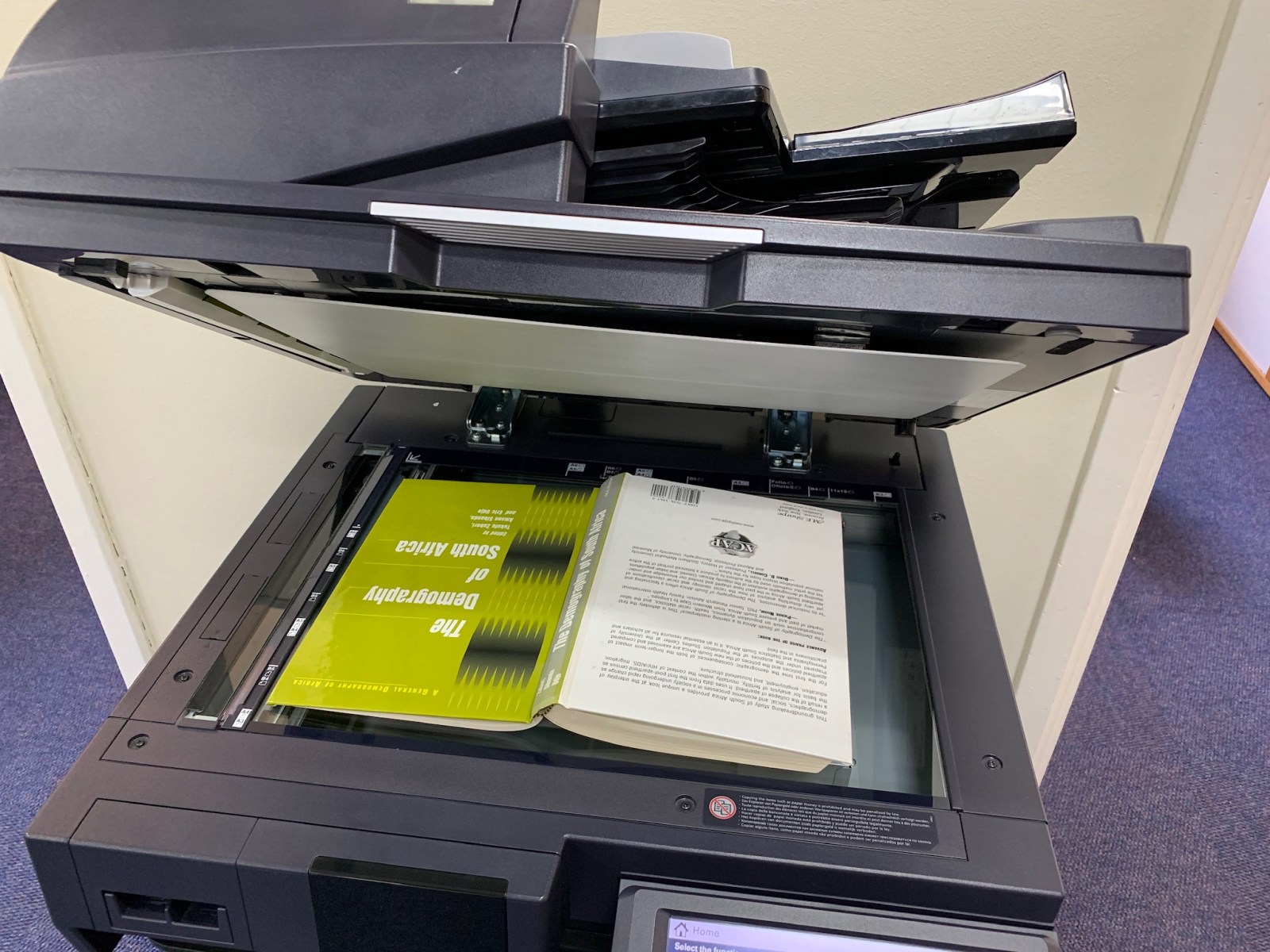 The new copyright bill will allow students to photocopy extracts from copyright works for educational use. Photo: Brent Meersman

But Bill has been waiting for the president to sign it into law since at least April.

Aphiwe Nomandla is a second-year computer science student at the University of the Western Cape. To date, the cost of prescribed textbooks for his course ranged from R799 to R3,985. He said most students could not afford to buy the required textbooks.

“Well, the textbooks have different editions. So what most students do is get an older version like three versions older. It has the same content still. And others just go to pirate websites and download them there.”

The texts Nomandla and his fellow students need may become much more accessible when the Copyright Amendment Bill becomes law.

Both the National Assembly and the National Council of Provinces passed the bill. The final step before it becomes law is assent. This means the president signs the bill into law. People with interests in intellectual property, both in the country and internationally, have been waiting with bated breath for Cyril Ramaphosa to sign the bill.

At issue are the bill’s several fair use provisions and exceptions for the educational, research and library sectors. Broadly defined, “fair use” refers to rights within copyright law to use protected works without licence or permission from the rights-holder to serve various public interests.

The adoption of “fair use” has long been endorsed by the library, education, freedom of expression, disability and other public interest organisations in South Africa and abroad. They have come together under the banner of ReCreateSA and given their support to the bill.

Wits University scholarly communications librarian, Denise Nicholson, explained that fair use is lawful. It is not piracy. There is a framework consisting of four criteria that govern fair use. These include; the purpose and character of use, the nature of the copyrighted work, the amount and sustainability of the portion used and the effect upon the rights holder’s potential market.

Nicholson said that this framework allows copyright users to assess whether their reproduction, reuse or remixing of copyright works is lawful or not.

Nicholson is among those in the education sector who argue that the bill with its fair use provision is an important step in responding to the need in South Africa for accessible and affordable education, especially at universities.

“Fair use and the exceptions for education will enable access to various print and electronic resources. Students will be able to copy extracts from copyright works, or receive course packs containing extracts from books or journal articles. It would be copyright infringement if students or their lecturers copied the whole textbook, without permission. Fair use will enable lecturers or students to make use of video or sound clips to create multimedia presentations for classroom teaching or password-protected e-learning platforms. Academics and students will be able to quote other researchers’ writings or use others’ images, graphs or charts in their own scholarly writing, with appropriate acknowledgement,” she said.

But the Deputy Minister of Trade and Industry, Nomalungelo Gina, refutes these concerns: “The Department of Trade and Industry is the custodian of the Copyright Act of 1978 and the Performers’ Protection Act of 1967 that recognise the rights of musicians to their musical works and their performances and provides economic benefits. Both these Acts are outdated and not in line with international best practices as well as the digital era.” This is why the department took the initiative to get them amended.

Gina said that if well regulated, supported, protected and commercialised, the cultural industries, which include musical, literary, artistic, dramatic works, as well as film and television, could lead to an economic boom.

The Department of Trade and Industry released Gina’s comments in a press statement.

Meanwhile, the department’s spokesperson, Sidwell Medupe referred all queries about the bill’s progress to the Presidency. Attempts to reach the Presidency were unsuccessful.

According to section 79 of the Constitution which provides the details for assent, Ramaphosa can either sign the bill into law as it stands or, if he has reservations about the constitutionality of the Bill, refer it back to the National Assembly for reconsideration. DM