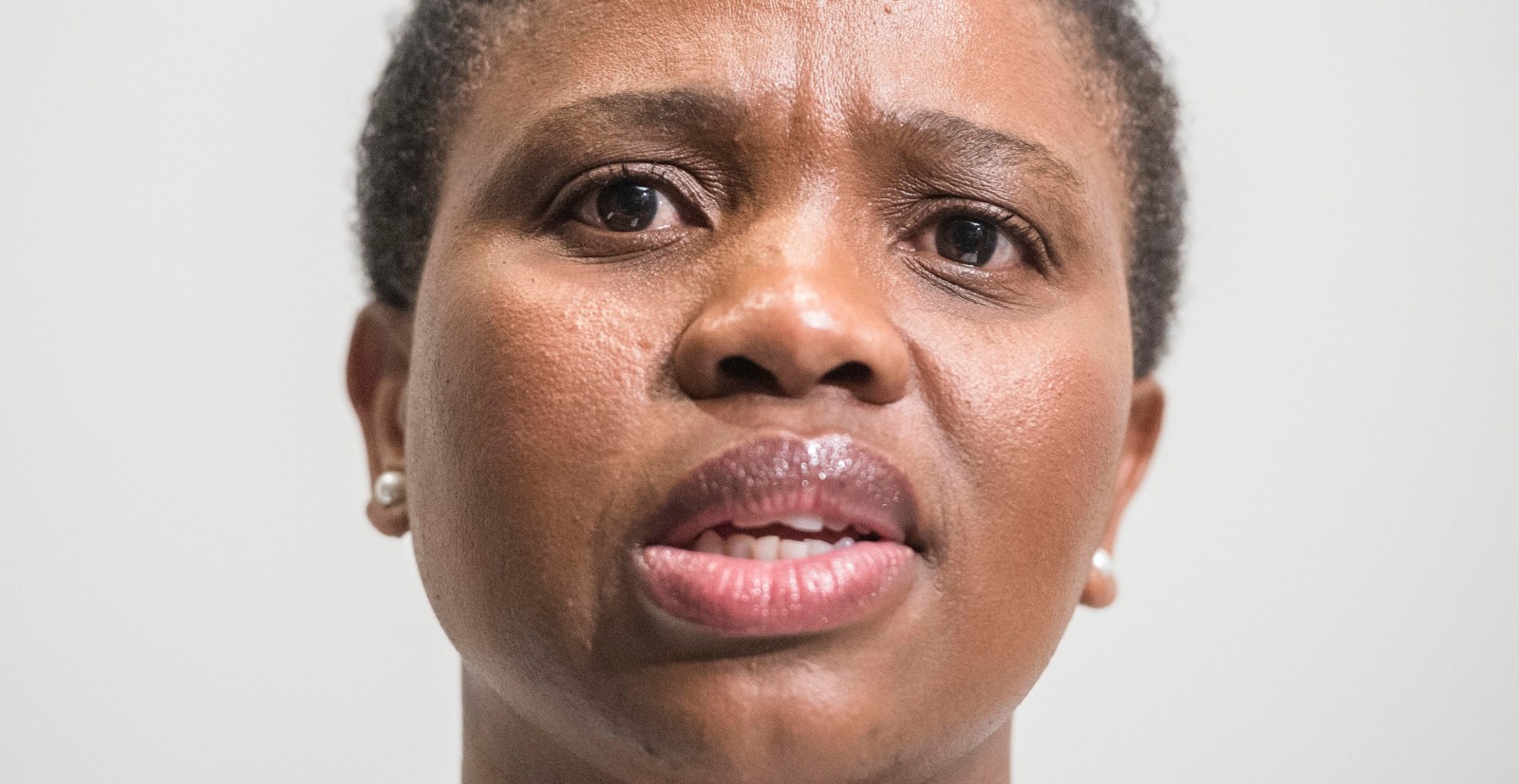 Parliament’s justice committee decided on Tuesday to stay its oversight processes pending the court decision on an urgent interdict by Advocate Nomgcobo Jiba in her battle to remain in the top ranks of the prosecution services.

It was a unanimous, if not completely comfortable, decision across party-political lines to delay the consideration of whether to endorse, or reject, President Cyril Ramaphosa’s dismissal of Nomgcobo Jiba, a deputy National Prosecuting Authority (NPA) director, and Lawrence Mrwebi, who once headed the NPA specialised commercial crimes unit.

Such parliamentary oversight is required by the NPA Act to ensure the prosecution services are protected from capricious politicians; if Parliament decides it could restore both Jiba and Mrwebi to their position, presidential sacking notwithstanding.

Jiba’s 11th hour urgent interdict application against Parliament Case No: 13745/2019 meant there was little point in proceeding: if Parliament were interdicted in the court proceedings that start, but may not finish, on Wednesday, the parliamentary oversight and scrutiny process would have been invalid.

Parliamentary legal adviser Siviwe Njikela told MPs there had been discussions also with the Office of the Speaker on how to approach this legal challenge. One argument had been that Parliament was bound by the statutory requirement it needed to consider the presidential dismissal decision within 30 days or the soonest afterwards – and thus could not simply stop such scrutiny as Jiba’s lawyer Zola Majavu had requested. Even if that request was linked to Jiba’s court review filed on 8 August of the Mokgoro commission of inquiry on the basis of which the president fired her and Mrwebi in April. Ultimately, Parliament was decided to file a notice to abide to Western Cape High Court’s interdict decision.

“We will wait for tomorrow’s (Wednesday) court process so we can get guidance. We’ll inform members of the next meeting depending on what the court decides. We will stay on the matters of advocates Jiba and Mrwebi…” concluded justice committee chairperson Bulelani Magwanishe.

It’s another delay in an already much delayed matter, coming on the back of Jiba only bringing the court review in early August of the April Mokgoro commission of inquiry report that led to the presidential decision to dismiss her on 25 April. Given the May elections, Ramaphosa’s letter officially informing Parliament of his decision only arrived in the national legislature on 25 June, in the midst of Budget vote debates running up against the statutory deadline of having to pass the Budget by end of July.

In late July the justice committee had decided to proceed with its consideration of the presidential decision after the three-week parliamentary recess that ended on Tuesday. While MPs decided against personal representation by Jiba and Mrwebi to the committee, it gave both 10 working days to make written representations.

Mrwebi did so, welcoming the opportunity in his written submission. Jiba declined. However, on Tuesday it emerged that Mrwebi had now changed his mind on the back of the Jiba’s court action.

“For reasons of practicality and convenience, I request, urge and/or advise that any discussions/deliberations on whether I should be restored to or removed from my position must be stayed pending the outcome of the interdict and review application by Advocate Jiba,” Mrwebi wrote to Speaker Thandi Modise on Monday 19 August in a letter seen by Daily Maverick.

In her court documents for the urgent interdict, Jiba argues that Parliament could not consider her removal not only because she’s taken the Mokgoro report on review – regardless of how long it had taken to bring it – but also because of sub judice. It all was now before courts and, according to Parliament’s Rule 89, “No member (of Parliament) may reflect upon the merits of any matter on which the judicial decision in a court of law is pending.”

However, Parliament has leaned towards a more flexible interpretation of this rule, given the higher courts have ruled sub judice could not prevent discussion of matters.

Jiba argues that the president was not entitled to establish a commission of inquiry into her fitness for office, and therefore any report of a commission was invalid – and thus any discussion in Parliament of her dismissal was invalid.

Right now she did not have the legal advice on how to respond to the “critical parliamentary process”, Jiba states in her urgent interdict application papers seen by Daily Maverick.

“Given the gravity of the matter and my rights, I am entitled to legal representation when making submissions to Parliament, which legal representation I do not have as a consequence of the NPA terminating my position before this process of my removal is completed. This is the reason I ask Parliament to stay its proceedings to allow this grave injustice to be corrected.”

And she’s asking to be returned to her position while the legal challenges unfold, according to her court documents: “… I am suffering harm as a result of the premature termination of my employment benefits to which I am entitled. The balance of convenience favours the interim restoration of my employment benefits. The interim relief will ensure that if I am successful either in Parliament or in court, I would be able to get back to my post without it having been filled.”

In addition, Jiba is asking the courts to rule on the constitutionality of the provision that an NPA director or deputy director can be removed by a simple majority in both Houses of Parliament. Her court papers have described this part of her legal action as raising “profound constitutional questions involving executive action and conduct that undermines prosecutorial independence”.

On Tuesday MPs were told this challenge was a reference to the 1996 Constitutional Court certification of the Constitution when it was decided that while the removal of the public protector needed a two-thirds majority in the National Assembly, the removal of NPA directors would be by simple majority.

African Christian Democratic Party (ACDP) MP Steve Swart said on Tuesday that there had never been any issues with this decision.

“I was involved then. It wasn’t an issue!”

It may all end up in a messy court saga. Theoretically, this court saga can drag on all the way to the Constitutional Court given what Jiba is arguing.

For Parliament there is now little to do except to wait for the court’s decision on Jiba’s urgent interdict. If it is declined, the national legislature has the way cleared to proceed with its considerations of whether to uphold Ramaphosa’s dismissal of Jiba and Mrwebi or restore them.

That this is a politically prickly saga may well be signalled by the ANC MP’s actions on Tuesday – a caucus ahead of the committee meeting, marked also by the arrival ANC Chief Whip Pemmy Majodina, who after the justice committee meeting had discussions with the ANC MPs of that committee.