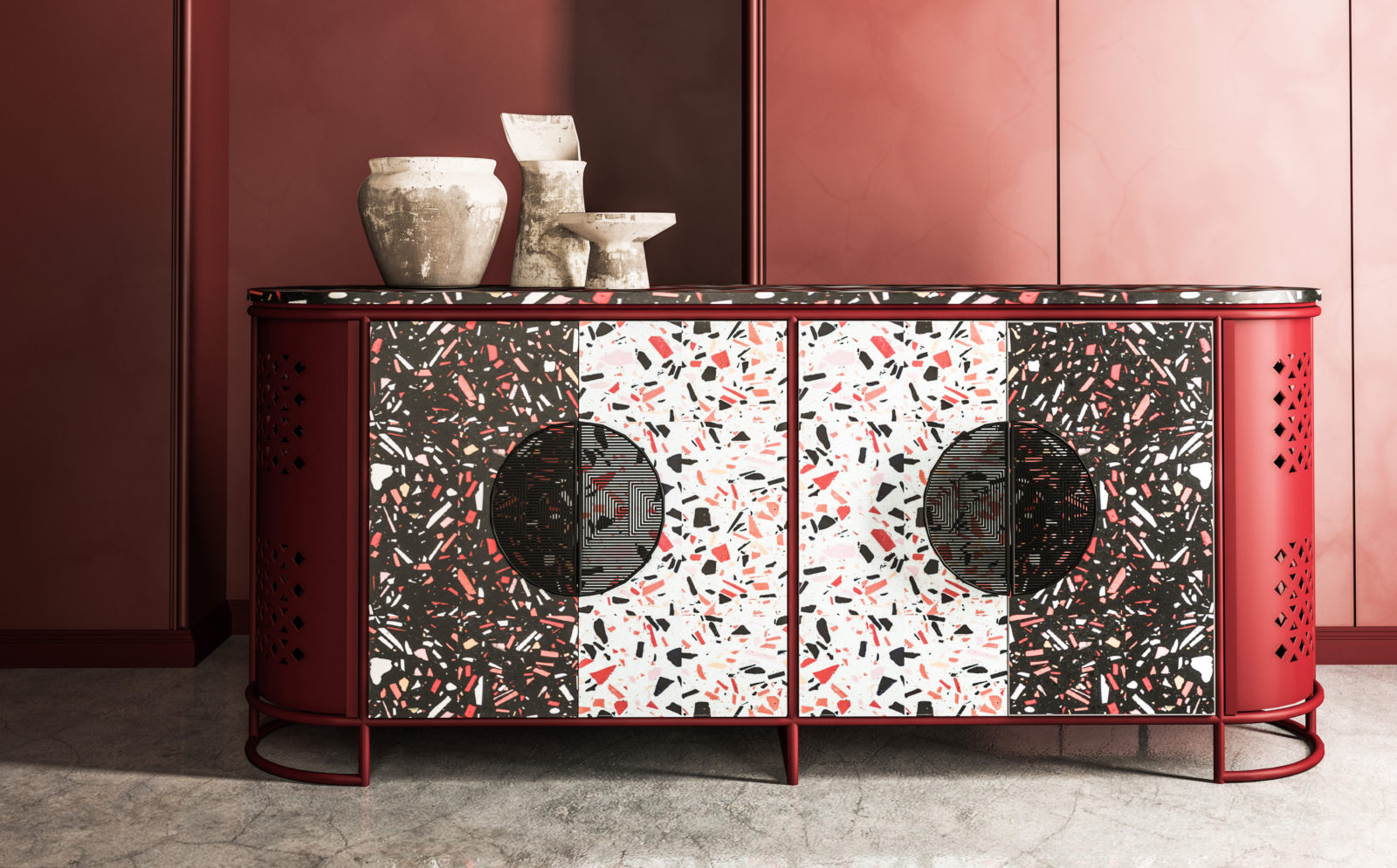 What is the South African design aesthetic? A look at the current crop of local homeware designers gets us closer to the answer.

“As soon as I start designing, I always go back to my childhood for inspiration, and when people see the result, when I tell them the stories that inspired the pieces, they always get excited, especially people who can identify with that childhood, growing up in the township and playing those games. It seems to resonate with them and that makes the work more appealing. I take that history and try to interpret it into what’s happening now. I feel like I’m more of a storyteller than I am a designer. But I use design to tell that story,” said designer and founder of Mash. T Design Studio, Thabisa Mjo, when I interviewed her at Apartment 2B, a retail space she shares with two other design brands in Braamfontein, Johannesburg.

Back in 2012, Laduma Ngxokolo launched MaXhosa, a knitwear range with patterns inspired by “Xhosa beadwork patterns, symbols and colours”. Having gone through the traditional Xhosa custom, where boys go to the bush to be initiated into manhood, he questioned why the post-initiation dress code always included knitwear that featured patterns with English and Scottish roots, such as argyle, when there are so many South African patterns.

Seven years later, MaXhosa is a multi-award winning and well-known brand in South Africa, with a presence in international markets. The MaXhosa website lists 11 stockists in South Africa, three in the US, two in Europe, and one in Turkey. And then of course there are the coveted celebrity nods. His threads have been worn by the likes of Alicia Keys and Swizz Beatz. In 2016, Beyoncé posted on her website a picture of two looks from the MaXhosa collection that were on exhibition at the Cooper Hewitt Smithsonian Design museum in New York City. In August 2019, at 100% Design South Africa, Ngxokolo added a homeware collection to the MaXhosa offering.

The typical MaXhosa patterns, on the wallpaper, on rugs, on cushions, on armchairs, gave a great effect to his stand at 100% Design SA. This offering is the latest in a growing landscape of contemporary homeware design rooted in South African stories and cultures.

At Design Indaba in 2018, the Mvelo Desk designed by Siyanda Mbele, interior designer and founder of Pinda furniture, was named the Most Beautiful Object in South Africa. Engraved into the desk’s surface is a pattern of triangles, diamond shapes and a chevron effect as a nod to the popularity of these shapes in Zulu motifs. The shape of the desk also follows through on these geometric lines.

Before that, Mbele participated in Design Indaba’s Emerging Creatives in 2014. Over the last few years, he has added items to the range like the Pinda chair, which takes inspiration from the layout of the traditional Zulu homestead. The chair’s simple lines and neutral tones, while not quite what one would expect in a Zulu-inspired piece, are indicative of the many ways in which cultural inspiration can be translated beyond the obvious.

Mbele is opening himself up to even more inspiration from South Africa and the continent:

“Going forward, my focus is not to single out one specific culture like how I have done before. Africa is extremely diverse, with a lot of untold stories. I want to fuse different elements without losing identity. Representation is everything, especially in Africa, where people’s identities were stripped off and made to seem like they are not enough. Representation gives people a sense of belonging.”

Metallurgical engineer turned interior designer Mpho Vackier launched her Ndebele-inspired furniture range, The Urbanative, in 2016. Fast forward to 2019, when, together with Thabiso Mjo, she was named “Designer of the Year” at 100% Design SA.

Her collection is defined by “juxtaposition of abstracted ethnic cultural graphics and motifs with the functionality and looking feel of classical European mid-century and Bauhaus furniture silhouettes”.

While the Ndebele inspiration is still evident in some of the pieces, like Mbele she has also opened up the inspiration to include motifs from other African cultures. In her African Crowns collection, you’ll find the Oromo chair, which takes its inspiration from the hairstyles of the Oromo people in 19th century Jimma, Ethiopia. Her Mangbetu pot-stand takes its inspiration from the hairstyles of the Mangbetu people in the DRC. Combining her engineering background and a global sensibility, the minimalist designs and pared-down colours present a thoroughly contemporary mood.

“My most relevant work is deeply rooted in the pursuit of seeking more about myself and culture through stories shared through the design. I am highly fascinated in how I can share my experiences and the experiences of those around me through design, with positive intention to share, build, unite and preserve our stories,” says Shange, who describes himself as a “New Age Zulu man”.

“A New Age Zulu is a Zulu individual who celebrates themselves as a proudly African Zulu, living and experiencing life in a New Age world. The expression embodies self-awareness, being true to self, loving your culture, seeking to learn more about yourself and culture, being futuristic in the experience of being Zulu, and being deeply rooted in the essence of being an African, South African and human being.”

The use of traditional Zulu motifs is evident in his Afri-Modern range. But don’t expect bright colours and busy patterns. His cabinets come in deep yet muted shades, and the use of pattern is often magnified, isolating individual elements of what might be a bigger, busier pattern, resulting in a toned-down play of familiar traditional geometric motifs, with just a few lines engraved and painted across the front.

Mjo, Vackier, Mbele, Ngxokolo and Shange do not by any means make up an exhaustive list of designers surging ahead towards defining contemporary South African design. There are so many more. It is almost sinful not to mention The Ninevites, a rug design brand founded by Nkuli Mlangeni, or Sindiso Khumalo’s textile designs, or Andile Dyalvane’s incredible Imiso Ceramics. What is happening right now in South African design could easily fill a substantial coffee table book.

The rise of these designers gives us a peek at the developing product design landscape informing the elusive contemporary South African furniture and lighting design aesthetic. One can’t resist the feeling that the South African home is being redefined, not only for South Africans with a taste for the vernacular in contemporary design, but for a global marketplace that is ready to see African craft and design beyond the curio, beyond safari lodges, and in everyday homes.

“We tend to have a preconceived notion of what South African design looks like. We think bright colours, pattern, craft, and yes that is true, to a certain extent. But we also live in a global environment, and we’re inspired by all these things we now have access to. African design is no longer only about bright colour, patterns and craft, it’s so much more than that, and it’s as diverse as we are,” says Mjo. ML