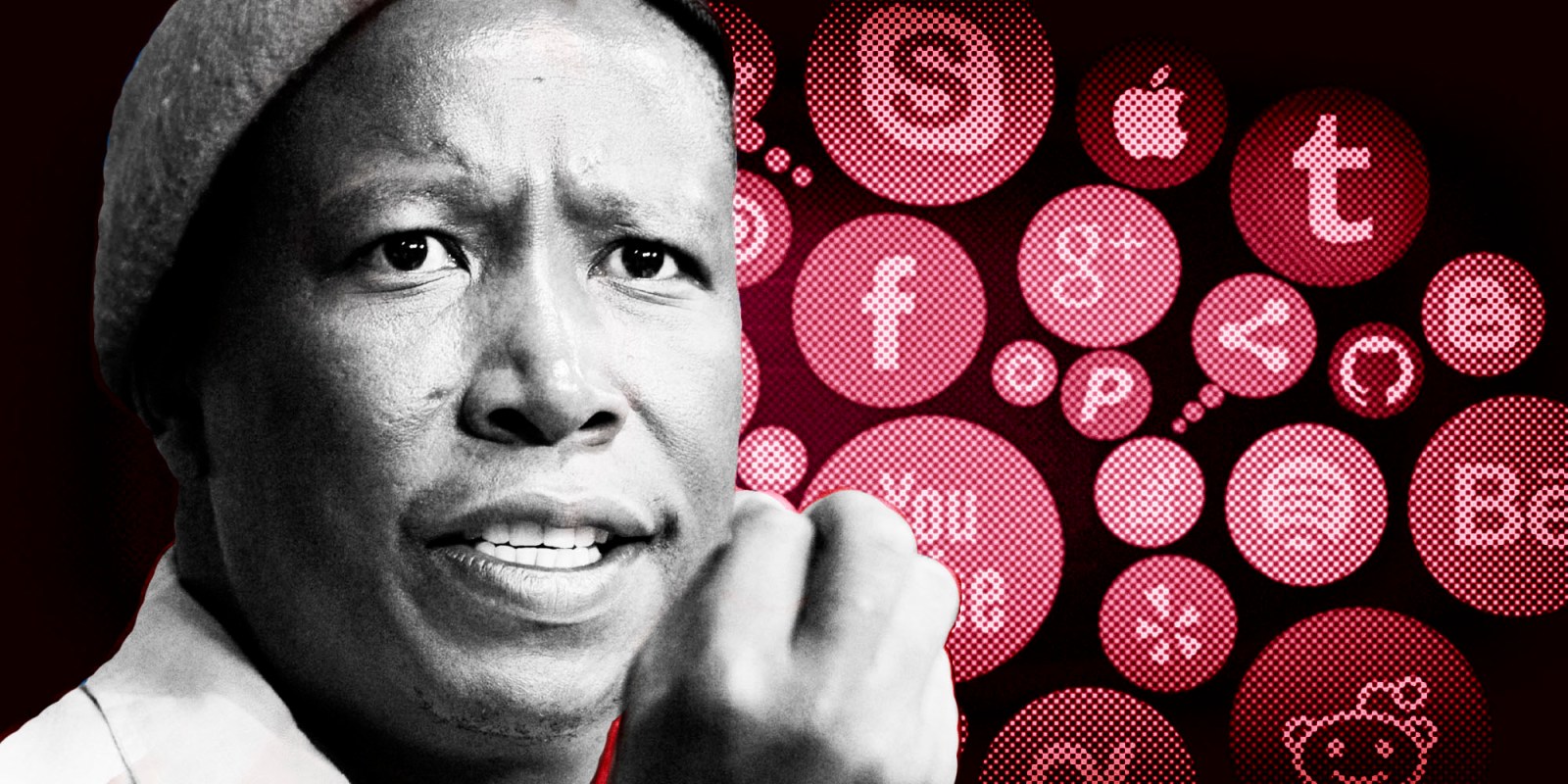 The South African National Editors’ Forum responds to public commentary in the wake of its Equality Court application against the Economic Freedom Fighters and its leader, Julius Malema.

The South African National Editors’ Forum (Sanef) notes and welcomes the public debate in the wake of our Equality Court application against the Economic Freedom Fighters (EFF) and its leader, Julius Malema. We believe that this discussion will strengthen and improve our national discourse on the importance of media freedom and freedom of expression, which we fundamentally stand for and promote.

Some of the commentary expressed has misinterpreted our case, which was brought under Section 10 of the Equality Act, and falsely accuses Sanef of undermining freedom of expression. This could not be further from the truth (our full set of court papers is available here.

Sanef and five journalists are seeking relief against the EFF and Malema following a spate of abuse and harassment by people purporting to be EFF supporters against journalists who had been specifically named by Malema. At the heart of our case is the singling out of targeted individual journalists by Malema and the EFF leadership and the creation of an enabling environment for abuse and harassment to be levelled against them.

Sanef and the journalists approached the Equality Court on legal advice as we believe that the conduct of the EFF and their supporters constitute hate speech and harassment against the named journalists.

Sanef approached the Equality Court as we believed this court was both appropriate and relatively expeditious. For reasons beyond the control of Sanef, this case is being heard almost eight months after it was lodged. This is unfortunate but regardless of that delay, Sanef remains of the view that the Equality Court is an appropriate court.

In addition to infringing the constitutionally protected freedom of the media, we believe that the statements by the EFF and Malema as well as the resulting conduct of the EFF and their supporters constitute hate speech and harassment in terms of the Equality Act.

Section 10 of the Equality Act states: “[N]o person may publish, propagate, advocate or communicate words based on one or more of the prohibited grounds, against any person, that could reasonably be construed to demonstrate a clear intention to –

This section does not require hate speech to involve incitement to imminent violence, as wrongly quoted by some commentators.

Sections 10 and 11 of the Act prohibit hate speech and harassment respectively based on expressly prohibited or similar grounds that negatively affect human dignity and enjoyment of rights, such as, in this case, the complainants’ occupation as journalists.

According to the EFF’s own papers in the Equality Court, the basis of this abuse has been the complainants’ occupation as journalists and the perceived bias in their reportage on the EFF. While Sanef welcomes fair criticism of journalists, we cannot condone individuals being subjected to harassment or hate speech on the basis of their occupation, in contravention of the Equality Act.

The trigger for the case

On 20 November 2018, Malema made a statement outside the Zondo Commission during which he named several journalists whom he perceived to have been biased in their reportage against the EFF and in favour of the EFF’s political rivals. He identified these journalists as “the enemy” who need to be dealt with decisively. These statements were also shared on Twitter by the EFF in addition to other tweets by the leadership of the EFF singling out and targeting specific journalists.

The journalists named by Malema have been subjected to a barrage of abuse and harassment by purported supporters of the EFF, ranging from name calling and insults, to threats of violence and calls for the addresses of journalists to be made public. This abuse appears to be a direct result, and in support, of the statements made by the EFF. Sanef has made Malema and the EFF aware of the results of their utterances and have requested that they condemn the abuse on the part of their purported supporters. They have however refused to do so. This has created an environment which enables the abuse and harassment of journalists whose reportage the EFF and its supporters do not agree with.

Max du Preez, one of the applicants in the matter, was one of the journalists named by Malema outside the Zondo Commission. In his affidavit before court, he details what he believes to have been the impact of Malema’s words.

“I attended the Zondo Commission hearings on Wednesday 21 November 2018. I left after lunch. While I was waiting for my Uber driver to collect me (right next to the BP garage), some of the EFF protesters walked by. One of them recognised me and shouted my name. About a dozen of the protesters then mobbed me, shouting threats and abuse at me. One threat I remember was, ‘You’re not safe on these streets, you white bastard.’ I was distressed by this incident and feared for my safety. Fortunately two policemen were very close by and intervened. The protesters then moved away and I was not harmed. It did make me wonder, though, what could have happened if there were no policemen around.”

Three days after Malema’s speech, Ranjeni Munusamy, one of the applicants, was intimidated at a shopping mall. She states in her affidavit:

“At approximately 18:00 on that day, I visited a shopping centre near my house. I go there often on my way home from work. I do not wish to disclose the precise location because I do not want a repetition of what happened on the day. While shopping, I noticed three men looking at me. As I walked past them, they repeatedly called my surname in a mocking tone. I tried to ignore them, walking past them quickly. The men were waiting for me at the entrance of the shop when I left. As I passed them they hissed at me and shouted my name. I was so distressed by the incident that I tweeted what had happened. As a consequence, I am wary of going out to public places.”

Sanef believes and has argued in court that these and other online forms of abuse, harassment and hatred levelled at the applicants were directly as a result of Malema’s speech outside the Zondo Commission.

The purpose of the case

Sanef had initially attempted to resolve its concerns with the EFF through direct engagement and twice requested a meeting. However, the EFF refused to meet with Sanef. In the end we had no option but to seek legal recourse.

The crux of Sanef’s and the journalists’ complaint is the nature and effect of Malema’s and the EFF’s statements. Sanef believes that Malema has been shown to make inflammatory statements which he is aware will incite a violent and abusive response from his purported supporters, and that he has refused to condemn the abuse when it is brought to his attention. As the leader of the third biggest party in South Africa, Malema should be aware that his and the EFF’s words and actions, or lack thereof, have consequences. They should also be held responsible for those consequences. Furthermore, they have a duty to protect the rights enshrined in the Constitution and a duty therefore to condemn the violation of media freedom which has resulted from their statements.

Ultimately, after our failed attempts to meet with the EFF leadership and try to resolve the matter amicably, we had no option but to approach the Equality Court for the relief we are seeking. The alternative was not an option: to do nothing and wait for a journalist to be assaulted, injured or killed before we approach the courts to determine if the EFF’s utterings meet the test for hate speech. DM