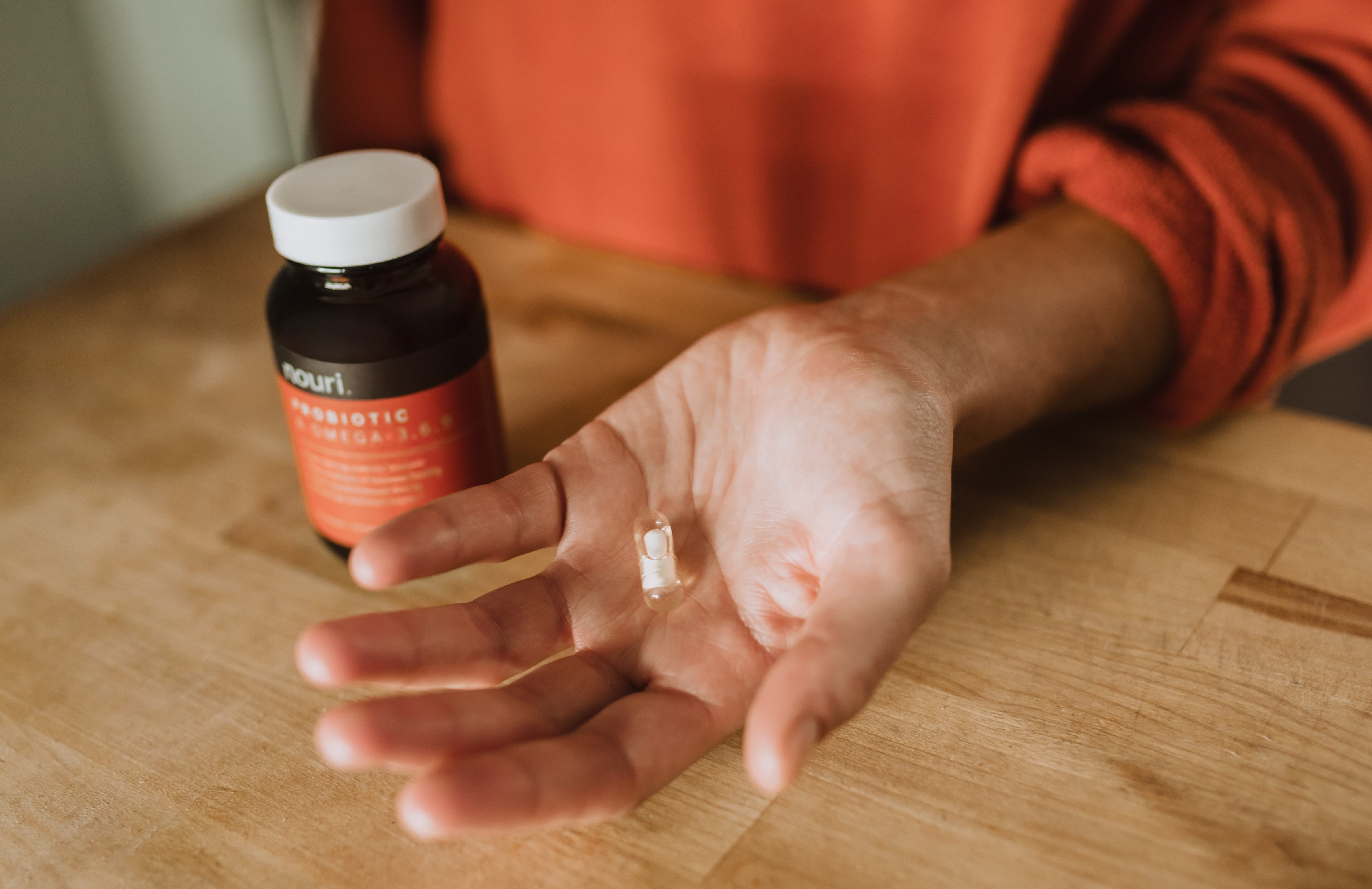 National health insurance is a fabulous idea for the nation and for social justice. But with the history of State Capture and a notoriously inefficient state, there is a risk of putting health at risk.

Any democratic South African with a smidgen of care for social justice can only support the philosophy and ideas behind the National Health Insurance Bill released last week. It seeks to create a single National Health Insurance Fund by pooling the state’s health budget of R222.6-billion with what is spent on private medical aid, R162-billion, to cross-subsidise and create a better public health system.

Yet, the ideas in the draft law have been met with uproar by the medical aid industry, by organised doctors and individuals. There are two main issues: the first is that the bill is written as if State Capture – in which R1.4-trillion (perhaps even more) was stolen from the public purse by patronage networks – did not occur. The bill recreates structures and systems which suggest it will encourage exactly the same systems of State Capture.

The second issue is that the bill is written in a bureaucratic vacuum, as if its drafters assume a perfectly efficient state and do not know the pains of public service suffered by South Africans.

The bill envisages the establishment of a National Health Insurance Fund “through mandatory prepayment that aims to achieve sustainable and affordable universal access to quality health services” by “serving as the single purchaser and single payer of healthcare services in order to ensure the equitable and fair distribution and use of healthcare services”. There will be an additional tax to fund it, and while private consumers can still buy medical aid, it is likely to become too expensive.

Why will the national health fund be different?

The idea of national health insurance would be great if South Africa were Sweden, but it’s not. All SA’s big funds, such as the Unemployment Insurance Fund, the Workmen’s Compensation Fund and the Strategic Fuel Fund, are either appallingly mismanaged or subjected to looting. The administration costs of each are stratospheric and using them is difficult and time-consuming.

The Strategic Fuel Fund, which is meant to ensure SA has sufficient oil in an emergency, was subject to an instance of State Capture so brazen it beggars belief; in a 2016 case still to come before the courts, it appears that, under the guise of the rotation of oil stocks, the country’s supplies were sold off at far below market value, costing the public purse R5-billion.

The National Health Insurance Fund will be established as an “autonomous public entity” to “pool the allocated resources in order to procure healthcare services, medicines, health goods and health-related products from healthcare service providers, health establishments and suppliers that are certified and accredited” by the fund. In other words, the entire system, with a value of about R400-billion annually, is going to be socialised, with power in the hands of the fund.

Here’s the rub. The fund will be run by a CEO and an 11-person board appointed by the minister of health.

It is appointment by fiat and that has a horrible recent history in South Africa, where state-owned enterprises (SOEs) were captured and repurposed to serve private interests. The best-known examples are Eskom and Transnet where former president Jacob Zuma with his then public enterprises ministers (first Malusi Gigaba and later Lynne Brown) placed complicit board members into positions to take control of the procurement of coal contracts (at Eskom) and of rail stock (at Transnet). That is where the biggest State Capture occurred and the National Health Fund will be bigger than both Eskom and Transnet once it is established as envisaged.

The risks of capture of the fund are great because there is no room for either civil society or the private sector to co-govern the system.

The 11-person board of the National Health Fund, politically appointed as it will be, will have “accounting authority required by the Public Finance Management Act and is accountable to the Minister”. The board will decide on benefits to be covered through a Benefits Advisory Committee, on the prices of healthcare through a Health Benefits Pricing Committee, and on the purchase and provision of all healthcare services. This is basically all your healthcare needs being placed under the decision and control of the fund’s 11 directors and its CEO.

Board members may not be in paid employment that conflicts with their duties and may not be government employees, but there is only a four-line clause in the draft law to govern conflicts and provide for declarations. The history of State Capture at SOEs (the fund will operate like an SOE) shows that even where conflict of interest laws were in place, the boards were often hopelessly conflicted. At Transnet, Eskom, Denel and Prasa the executive structures were compromised and corrupted by State Capture networks.

The fund places all authority in the hands of the minister with no role for National Treasury to act as a final accounting authority. National Treasury proved itself a buffer in the face of State Capture. The Zondo Commission of Inquiry heard evidence from Treasury staff members that the institution stalled big-spending initiatives such as the nuclear deal and asked tough questions about procurement at Transnet and Eskom.

The National Health Insurance Bill envisages that a contracting unit will “manage the provision of primary healthcare services, such as prevention, promotion, curative, rehabilitative, ambulatory, home-based care and community care in a demarcated geographical ward”. These units will identify health service needs, identify accredited public and private healthcare service providers, manage contracts and “facilitate the integration of public and private health care services” in a sub-district. Health products will be bought by an “Office of Health Products Procurement”.

The contracting units and the Office of Health Products Procurement should be red flags for State Capture, as all the most serious grand corruption at the SOEs occurred in such units. Because of the system that has been created, wherever the state procures, there is a cottage industry of middlemen (they usually are men) who act as connectors and enablers for the private sector who may not have the right political connections. Susan Comrie for amaBhungane outlined this practice here.

Moreover, this procurement is likely to be done by preferential policies where service providers can add mark-ups on market prices, pushing the costs of medical provision even higher than they are at present. There is no sense in the draft law of the need to co-govern with the private and civil society sectors, to take aboard the lessons of the recent history of State Capture for effective public administration.

A system that is creaking at best

The National Development Plan, seven years old this month, is framed around the concept of the capable state, yet South Africa has never been able to create this, nor is the state efficient. In the main, trying to get a driver’s licence or renew a licence is a productivity sapping experience. Public hospital queues are long and often require multi-day commitments. Home Affairs, the nexus of life from birth to death, is better than it used to be, but systems and efficiencies leave a lot to be desired. Democratic South Africa has no history of effective and efficient public service, yet the NHI Bill places massive bureaucratic requirements on a system that is creaking at best.

Government departments are often a nightmare of handwritten instruction signs, “the system is down” or “we are offline” excuses and long and snaking queues marshalled by snarling civil servants. Most public hospitals and clinics still use paper files. And this is in the metropole of Johannesburg. It is far worse in rural districts.

The NHI Bill appears to be written by policy wonks with a vision of Nirvana that is not borne out in real-life Mzansi. The public service’s IT backbone is provided by the State Information Technology Agency (Sita), a state agency so linked to corruption that most journalists other than Marianne Thamm have given up even trying to understand it. How is Sita going to procure and develop a system to even get NHI up and running?

A matter of life and choice

The start-up of national health and trying to reclaim the funds you are likely to still have to fork out if you use the private system will add to the administrative burden of trying to use the national health system.

But that is not the only issue. The uproar is because it is about health and choice. The system will remove choice and will drive up costs for income tax payers who are already burdened by high tax rates and many stealth taxes. It removes choice in how and when you are treated. The debate is coming down to a classic and historic one that creates a binary between equality and efficiency, but it need not be so if greater co-governance and practicality were written into the law. DM