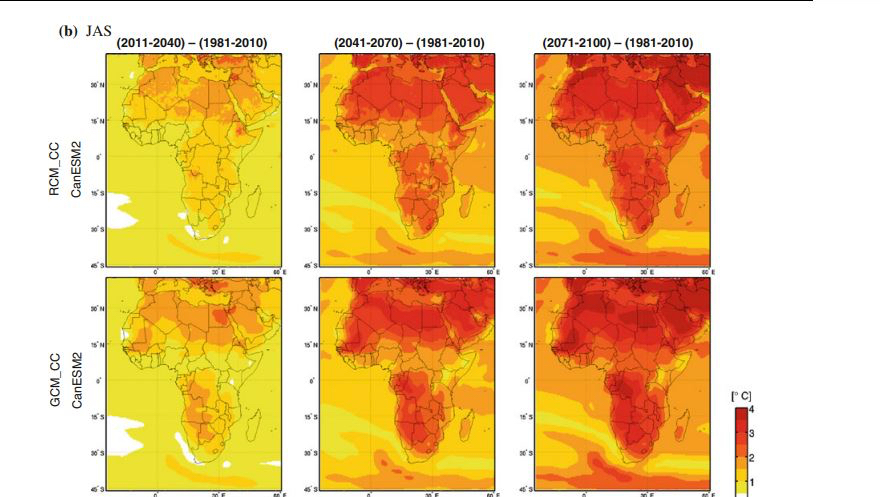 ‘We should not just sit and wait for others to bring us solutions. We should be part of the solution.’

Developing South Africa’s capacity to predict and adapt to the global climate crisis is critical, and local scientists have an ambitious plan to develop the country’s first ‘home-grown’ weather and climate change modelling system.

Put in simple terms, a “numerical climate modelling system” involves using mathematical models of the atmosphere, land surface and oceans to simulate future climate scenarios. It makes use of supercomputers, parallel computing, satellites, radiosondes and other technology. It depends on people with highly-specialised skills in areas such as mathematics, physics, numerical modelling and computer programming.

Such a project, led by a group of specialists from the South African Weather Service (SAWS), Council for Scientific and Industrial Research (CSIR) and the universities of Witwatersrand, Pretoria and Cape Town, has just received a major financial boost with a $100,000 (R1.4-million) grant in a research scheme which involves the African Academy of Sciences, the United Nations, World Meteorological Organisation and other partners.

Dr Mary-Jane Bopape, SAWS chief scientist for weather research, expects it could take ten years, largely because there are currently not enough suitably-skilled climate boffins in South Africa – fewer than 10 she estimates “who really understand how [climate] models work” and are able to make a clear contribution.

Bopape was one of 21 African scientists awarded funding in June through the Climate Research for Development (CR4D) initiative, which aims to improve weather and climate early warnings over Southern Africa.

A big chunk of these funds will be used to run a series of workshops on high performance computing systems in southern Africa, model development and new products for the agriculture, water, health, energy and disaster risk reduction sectors.

According to research by leading SA climatologist Prof Francois Engelbrecht and colleagues, this has major ramifications for a continent where tens of millions of subsistence farmers depend on rain fed agriculture rather than irrigation.

That’s one of the reasons why the team wants to get a clearer picture of how climate change will impact on South Africa in particular.

Writing in the South African Journal of Science, Bopape and eight local colleagues outlined ambitions to develop local capacity in climate modelling skills and to become an independent developer of weather and climate models.

“The big international centres that have experience in developing models usually plan for a period of about 10 years when they want to replace a model with a completely new one,” she said in an email interview.

However, model developers tended to focus on their own countries.

“In order for us to see increased effort on improving simulations over South Africa, we need to be involved. We should not just sit and wait for others to bring us solutions, we should be part of the solution.”

She also believes that in some cases, South African weather and climate researchers have the benefit of specialised local expertise, including knowledge of local thunderstorms and ocean processes in the seas adjacent to South Africa.

Bopape says computers have dramatically reduced the amount of time needed to generate weather and climate forecasts compared to the first numerically-modelled forecasts that were manually computed by Lewis Fry Richardson in the early 1920s.

Remote sensing using satellites has also helped to improve predictions on a continent that has fewer ground-based weather observation stations compared to Europe or the United States.

“Before the use of satellites as an input to numerical models, there was a large gap in skill over the northern hemisphere vs the southern hemisphere, which is covered by a large ocean area, and also has limited observations over land.”

Other major improvements have been made possible by super computers and the introduction of parallel computing.

“In parallel computing, a simulation that would otherwise run on one computer is split up so that it runs on a number of computers at a time and therefore produces simulations faster than when using only one. Parallel computing has also resulted in increased resolution and models getting more sophisticated to represent the atmosphere better.”

Bopape believes machine learning will lead to further improvements in forecasting and, over time, the contribution of human forecasters is likely to decrease.

In South Africa, the Department of Science and Technology has invested in the Centre for High Performance Computing (CHPC), which houses a high performance computing (HPC) system that is on the top 500 list of the biggest computers in the world.

“This system is available for South African scientists to conduct research that is on par with the international community – and the majority of the simulations will rely on this system,” she said.

The SA Weather Service and some universities also have HPC systems that can be used for research purposes, but because the SAWS system is needed to produce operational forecasts, opportunities for research remain very limited.

Bopape also sees a need for significantly increased funding from the public and private sector to support locally-developed models.

“There have been some investments towards the model development work that has already taken place. For example, support has in the past come from Water Research Commission, CSIR parliamentary grant, SAWS and the National Research Fund’s Thuthuka programme.

“However, the current funding is not nearly enough to put us in a position where we can work on par with nations that have been working on model development for decades. Also, the modellers we have in SA are usually multi-hatted and are working on other areas of research due to limited funding for model development.” DM