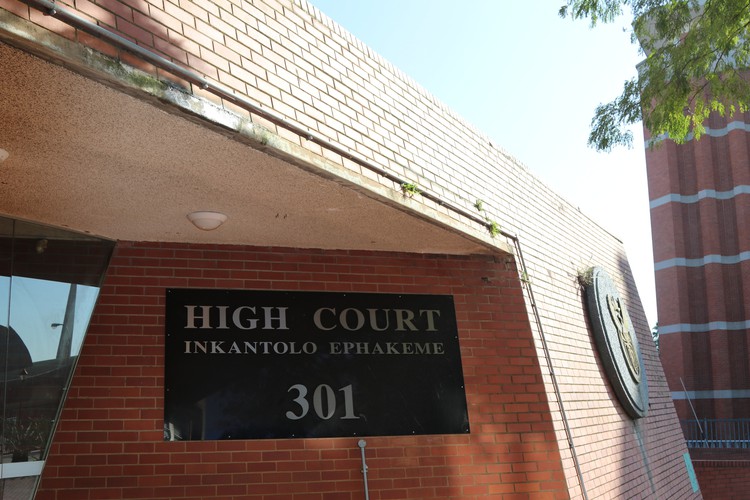 Case goes to the heart of the fundamental rights of access to basic education guaranteed by the Constitution, says judge.

They have been fighting a battle for 20 years, but now there is an end in sight for a rural community in KwaZulu-Natal who have obtained a supervisory court order forcing education authorities to finally build them a secondary school, and to upgrade all other schools in the area.

There has been a long history of broken promises to the people living in the Nkungumathe area, in the district of Nkandla. The community applied for the establishment of a secondary school in 1996, 2002 and again in 2007. But it wasn’t until 2010 that the then MEC finally listened and plans were put in place for the construction of the Khuba secondary school, a stone’s throw away from the primary school in the area.

The community’s elation was short-lived. Nothing happened on the ground and then, in 2017, the decision was reversed. The community, under the auspices of the Mpungose Traditional council and the Nkungumathe community organisation, headed to the Pietermaritzburg High Court where their complaints were aired before Judge Rashid Vahed in a matter which has thrown the spotlight on the dire situation at many schools in the area.

The applicants were supported by AfriForum, who funded their case. The main respondents were the MEC for Education and the head of the provincial education department.

In his judgment handed down this week, Judge Vahed noted that the case went to the very heart of the fundamental rights of access to basic education guaranteed by the Constitution.

He received testimony from parents and grandparents about how their children had to walk for an hour each way through “dangerous veld” to attend the nearest schools.

Even these were overcrowded and under-resourced with up to four children sharing one textbook and many sitting on floors in classrooms.

A grandfather said his Grade 9 grandson was one of 81 learners all squashed into one classroom at a school 15km away from his home. Statistics from three schools, which were presented to the court, showed that there were between 53 and 64 learners per classroom.

And yet, in 2017, the department decided that Khuba secondary was “unnecessary”, the MEC saying “that subsequent feasibility studies reveal that the proximity of the proposed school to another secondary school in the sparsely populated area, would render one of them surplus to requirements”.

The community argued that this decision was unlawful and irrational. “The situation is dire,” they said.

“Our children come from rural and impoverished backgrounds. They have a right to be empowered through education.”

In 2010 when they finally got the news they were waiting for, they were told that “physical planning” had been prioritised and construction would begin soon. The budget was set at R7-million and the chosen site identified.

This, they said, was an “unequivocal promise” and the decision was formalised by the registration of the school.

But what ensued was more delays and “dashed promises”. In 2012, the community was told that Khuba was still on the waiting list but it should be built by the end of that financial year. They engaged an attorney who was told the school was not at the top of the list.

In 2014, the department promised that a school, consisting of mobile classrooms, would open in January 2016. It was a “good start”, they believed. A task team was established to realise the project. The opening date was pushed to November that year.

During that year, the community wrote a “crying foul” report – detailing the history of broken promises which was submitted to the MEC and HOD but which was ignored.

Judge Vahed said when the MEC reversed the decision, the community asked to see the feasibility study. They were told it was not a written document which, he said, “is startling to say the least”.

Ruling in favour of the community, Judge Vahed set aside the 2017 withdrawal decision and re-instated the 2010 decision.

He ordered the MEC to “plan adequately for the school and deliver a management plan setting out time periods and targets by end of October and to report back to the court every quarter on what progress was being made”.

“I also declare that the MEC and HOD are in breach of the Constitution by not ensuring that learners at surrounding schools have access to textbooks, adequate age and grade appropriate furniture and sufficient classrooms,” he said, ordering that these be fixed “without delay” and, at the latest by the start of the 2021 school year.

The state also has to pay the costs of the court application. DM