Rebuilding SARS one step at a time: Kieswetter tells MPs of a culture of fear and loathing 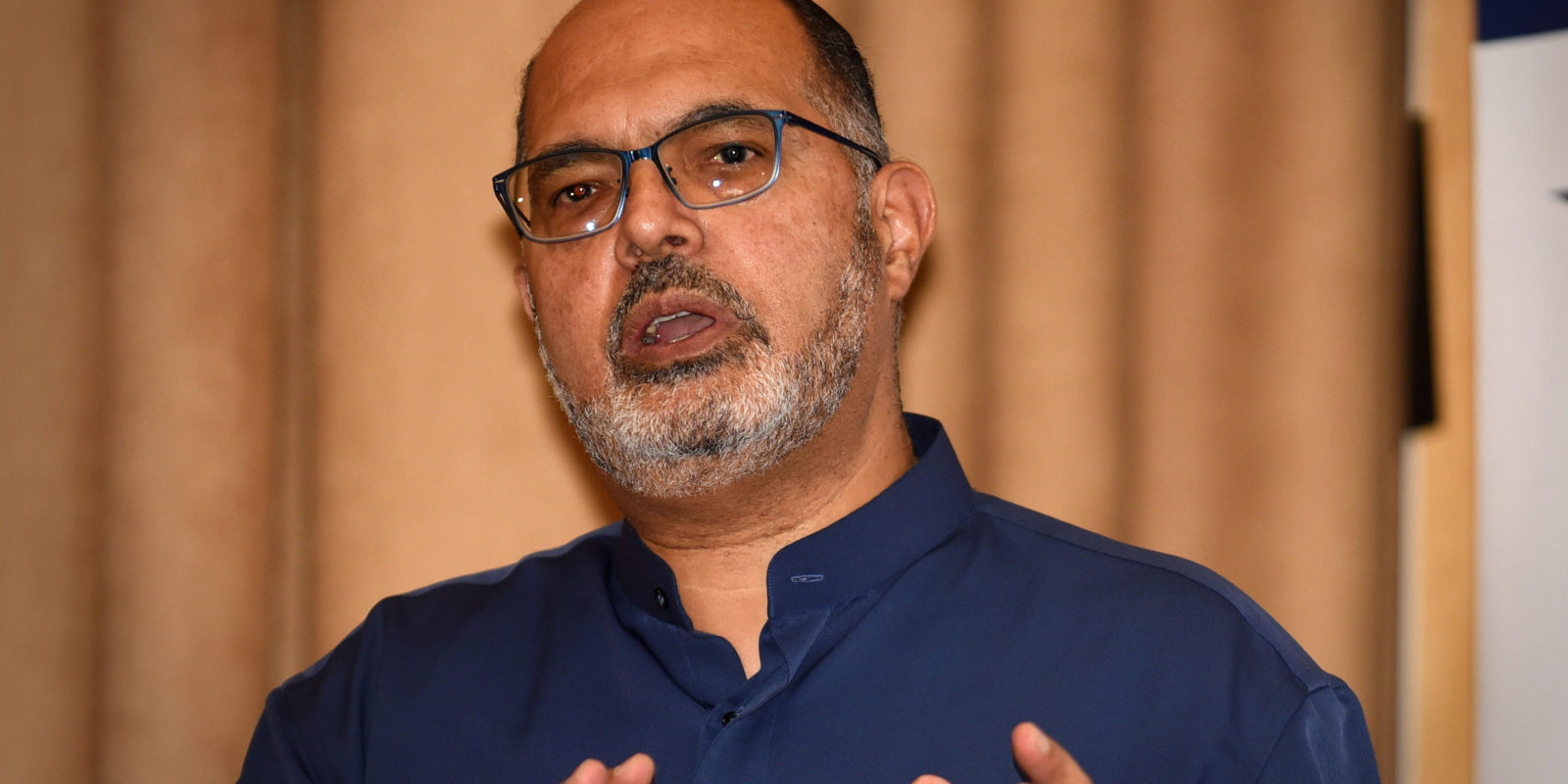 Just 65 days into the job, new SARS commissioner Edward Kieswetter on Thursday told MPS about how listening to his staff brought out tears and scepticism. ‘Internally, the organisation has been traumatised… A climate of fear and intimidation has been installed in the organisation, racial tensions are palpable. People openly talk about trauma,’ he said.

Tax collection capacity through the large business centre and the compliance unit has been re-established at the South African Revenue Service (SARS) while the anti-corruption unit and illicit economy teams have been strengthened. A dedicated revenue recovery programme is up and running to stop leaks, tax delinquency and shortfalls.

But MPs in the Standing Committee on Finance heard on Thursday from recently appointed SARS commissioner Edward Kieswetter that these may just be the easy bits in rebuilding the revenue service.

SARS is one of the institutions that have to be reconstructed after the past decade of stripping of skills, capacity and morale. It’s not the only department where recently appointed bosses now face the challenge of restoring institutional faith, public trust and confidence.

That the Hawks have no in-house audit skills, even though the elite unit is supposed to investigate serious commercial and other financial crimes such as money laundering and corruption, emerged before Parliament’s police committee, which also heard about the morass at Crime Intelligence. National Prosecuting Authority (NPA) boss Shamila Batohi has provided glimpses into the dire situation at an institution whose state was much worse than expected, openly talking of down-trodden morale and high vacancy levels.

And so perhaps it’s not surprising that Kieswetter is somewhat evangelical about his new job.

“We have to evangelise our higher purpose,” he told MPs, defining that higher purpose as a “single-minded” belief in collecting all tax due from everyone who has to pay, without fear or favour, so government can build a capable state that fosters sustainable economic growth and social development to serve all South Africans.

“You will not be a happy chappie if you don’t buy into this.”

Just 65 days into the job, he told of how listening to his staff brought out tears and scepticism.

Steps are underway to redress this. About 60 staff who had been declared surplus and were shunted to meaningless work have been reintegrated and given “proper work”. A review of about 600 disciplinary cases since 2014 is underway because “we have good reason to believe these proceedings were brought just to remove people”.

Restoring staff morale, entrenching accountable institutional leadership alongside improved governance structures and re-establishing organisational capacity are among the recommendations of the commission of inquiry into SARS governance, chaired by Judge Robert Nugent.

It came in the wake of escalating controversy around then-commissioner Tom Moyane — he was suspended in March 2018 some three-and-a-half years after being appointed in September 2014 — including missing tax collection goals, controversial consultant contracts and the perception that the then chief officer for business and individual taxes, Jonas Makwakwa, was “protected” and allowed to return to work despite the red-flagging of a series of suspicious payments.

“We stress that the replacement of Mr Moyane is not a panacea, but only the first necessary measure without which there is no possibility of rectifying the damage that has been done to SARS, and any further recommendations will be fruitless, hence our recommendation at this stage, without awaiting the commission’s final report,” said the October 2018 commission interim report.

On 1 November 2018 Moyane was dismissed with immediate effect by President Cyril Ramaphosa. Although Moyane turned to the courts, his appeals against his sacking came to an end in early February 2019 when the Constitutional Court dismissed his application for leave to appeal as having no reasonable prospect of success.

SARS was put on the road to recovery. Revenue service veteran Mark Kingon held the fort in an acting capacity until Kieswetter officially became the commissioner on 1 May.

“To say this is an unusual year is an understatement,” Kieswetter told MPs on Thursday. “Evangelising the higher purpose” was a phrase used not just once.

It’s a tricky job Kieswetter and his team have, even if organisational capacity such as the large business centre and the dedicated revenue recovery programme have been set up.

Kieswetter knows only too well how the dire economic state of the country will impact on tax collection as businesses close, workers are retrenched and salaries and wages increase closer to the rate of inflation rather than in double figures.

On Thursday he studiously stayed away from making any predictions on tax collection levels, while emphasising the correct language was to talk of “estimates”, not tax collection targets.

There would be no comment on the current R1.422-trillion collection estimate except to say:

“We remain committed to the revenue estimate we’ve been given. We will die trying (to meet it)”.

The crunch, however, is real.

Earlier on Thursday, the newly minted Standing Committee on Finance was told of South Africa’s debt challenge and how the plan of February’s Budget — which announced R50-billion in cost-cutting over three years — was scuppered by Eskom’s financial crisis and the 3.2% contraction in the economy earlier in 2019.

Discussions on how to deal with this in October’s Medium-Term Budget Policy Statement (MTBPS) “are still very fresh” said National Treasury acting deputy director-general for the Budget Office, Ian Stuart.

“We are in a very tough position fiscally…”

In addition to tax collection pressures, SARS is also under the whip to restore its credibility and trustworthiness. That was central to raising tax compliance and re-entrenching a culture of paying taxes.

Voluntary compliance was the way to go — the tax collector believed most South Africans wanted to pay their dues. It was up to SARS to make this possible in the easiest and most convenient way — and those systems and processes have to be entrenched.

“If we believed most taxpayers wanted to cheat, we would not build a tax administration system, we’d build a police force.”

But the flipside of a culture of compliance is the credible threat of detection of cheaters and avoiders. And that’s where another potentially fraught terrain lies.

Kieswetter made much of how SARS needs to be “plugged into the economy” to profile potential tax dodgers and to ensure the illicit economy is tackled.

Some of that is relatively straightforward. The illicit economy unit has 54 staff looking at 15 projects linking 800 cases, not only related to the tobacco underworld, but also other illicit economic activity in mining, clothing and textiles, and metals. The National Union of Metal Workers, for example, would be pleased about this metals focus; it has long raised the alarm over the conduct of scrap metal dealers.

But Kieswetter also talked to MPs about building taxpayers’ profiles, including “when you post a photo of your new car on Facebook or you post about your exotic holiday”. It was an area SARS needed to get better at.

In the wake of the political ferment around a so-called rogue unit, Kieswetter, again, stepped carefully to emphasise:

“Nothing we do can be clandestine”, and that SARS had neither a political agenda nor targeted specific people.

But rebuilding the tax collector would take months, if not years, it emerged on Thursday. That is the cost of the damage wrought by three-and-a-half years under the reign of Moyane, one of the politically pliant appointments made by former president Jacob Zuma to key institutions — from SARS to police and the prosecuting services and beyond.

“We are not blind to the challenges. Will it be easy? Of course, not. It will be hard. It will be tough,” he said. “I am encouraged there are more forces with us than against us.” DM