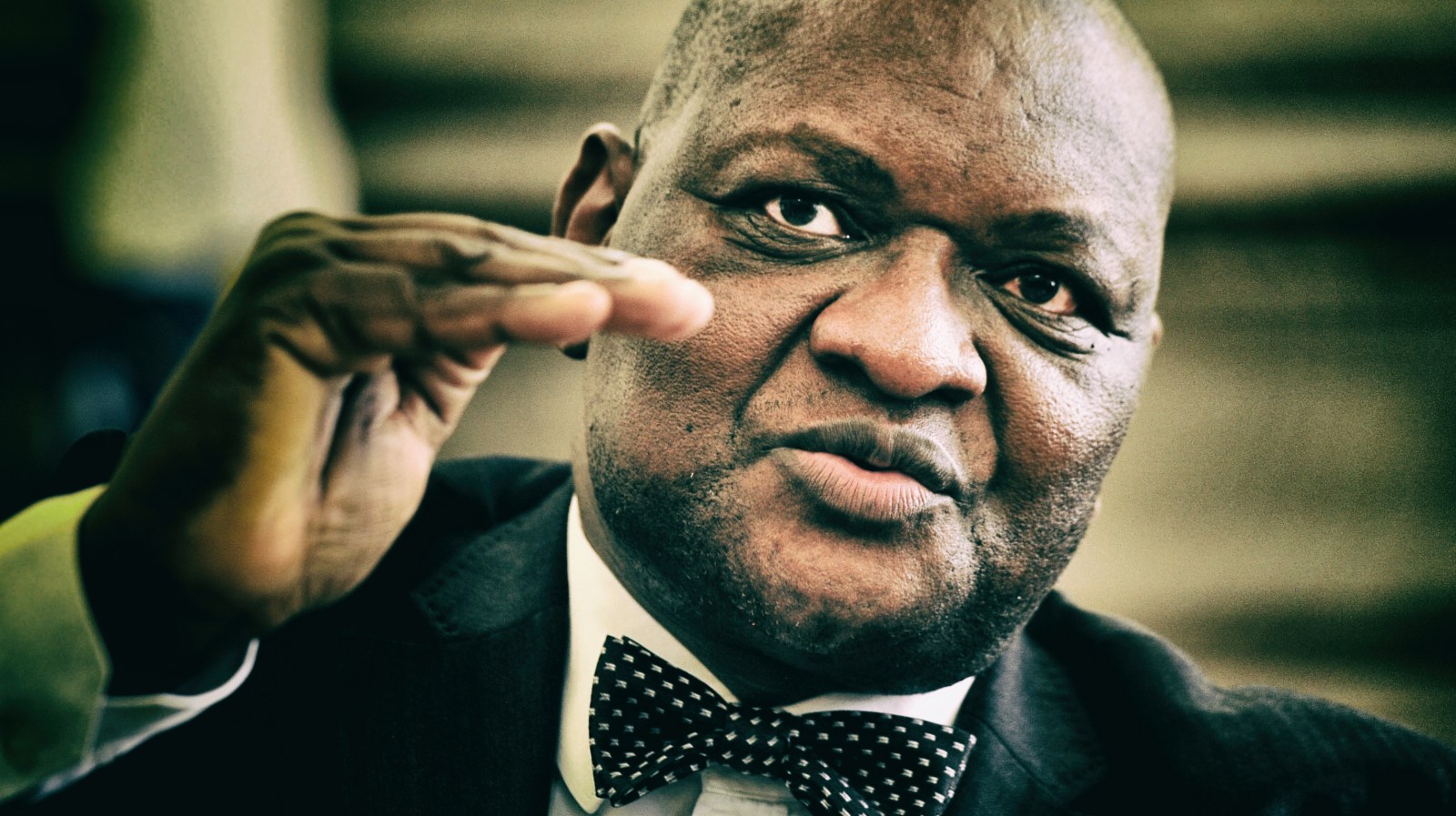 E-tolls will be scrapped and the government will pay small and medium-sized businesses within 15 days. These were some of the announcements in Premier David Makhura’s State of the Province Address on Monday as he outlined his vision. The details, however, are still in the works.

Gauteng Premier David Makhura finished his State of the Province Address (SOPA) on Monday by addressing one of the province’s thorniest issues – e-tolls.

The Gauteng premier said he was determined to scrap the system and would meet Transport Minister Fikile Mbalula, whom he referred to by his nickname, “Fear Fokol”, on Monday. He said Gauteng was even ready to pay some of the debt incurred by the e-toll system.

“Me and the minister of transport have been talking about how to take forward the work of the president on the e-tolls. You will see there’s going to be significant movement on this matter because I want to insist there’s no turning back on the issue of e-tolls,” said Makhura in Soweto.

The premier emphasised the need to tackle the province’s challenges with urgency and transparency but he deferred many of the details of his plan over the next five years to his MECs who have 100 days to flesh out their priorities.

The sixth provincial administration’s vision, titled “Growing Gauteng Together: Our Road Map to 2030”, will be released in 100 days and prioritises the economy, education, human settlements, safety and social cohesion, and building a capable and ethical state.

Makhura addressed his MECs directly, often telling them they had 100 days to finalise plans to address key challenges. He did, however, announce some details.

Special economic zones will be expanded and small, medium and micro-sized enterprises (SMMEs) will be paid by government within 15 days.

“Through e-invoicing we will be able to pay them within 15 days or less and we don’t want the payment to be sitting on someone’s desk where bribes will be extracted and they end up not being paid.”

Makhura said the province will meet its goal of spending 30% of procurement on township businesses (the last administration reached 24%) and will pass the Gauteng Township Economy Development Act to address the “nightmare” by-laws currently in place.

The province aims to formalise the artisanal mining sector, a R14-billion sector nationally, to incorporate Zama Zamas into the economy while providing stability and improving safety in the dangerous and violent industry.

He said Gauteng has a key role to play in President Cyril Ramaphosa’s vision of building the economy and the premier said he will in 200 days outline how many jobs the province will aim to create in different sectors of the economy.

The premier announced various targets for youth employment. It wants to get 250,000 young people into work through the Harambee Youth Employment Accelerator and the Youth Employment Service (YES) programme and place another 250,000 in jobs maintaining government infrastructure.

The province plans to create those jobs by taking over the maintenance of facilities such as hospitals rather than putting the work out to tender. The welfare-to-work work programme, which seeks to train young women dependent on child support grants, will aim to create 100,000 new jobs.

“There are many children who get lost in our primary schools in the foundation phases,” said Makhura.

Education MEC Panyaza Lesufi has been tasked with preparing a performance review of every primary school in the province, which will be made public, and presenting a turnaround plan with 100 days.

On healthcare, Makhura said, “There is a public outcry that some of our hospitals are becoming mortuaries instead of sanctuaries for saving lives.”

The provincial government wants to improve services at the worst performing hospitals in Mamelodi, Sebokeng, Bheki Mlangeni and Jubilee within 12 months. Makhura said the health department will assess the performance of all health facilities in the province and release the reports quarterly.

On crime, Makhura continued to emphasise transparency. The government wants to cut crime by 50% in the 40 worst crime hotspots over the next five years and it will begin to regularly publish provincial crime statistics.

Protests regularly break out across the province over land and housing and Makhura emphasised his rapid land release programme, which aims to make 100,000 serviced stands available over the next five years for citizens to build their own houses.

The premier said his plans would be a “pipe dream” without capable and ethical leadership.

“There will be no compromise on clean governance,” he said.

The premier said MECs must only receive new cars once the existing vehicles are no longer repairable and when purchases are made government should only buy locally made cars.

Makhura claimed that all outstanding Special Investigating Unit (SIU) investigations would be completed and the province was ready to implement lifestyle audits for all legislators but was waiting on Ramaphosa’s guidance after the president announced a plan to do the same.

The DA-run Midvaal was the only municipality in Gauteng that received a clean audit from the Auditor General recently. Makhura said the provincial government must be ready to intervene at the local level, regardless of which party or ANC faction was perceived as being in control.

“We must get clean audits and we must deliver,” he said.

He said it “highlighted clearly that the ANC has not been living in the same province as the millions of residents who have received sub-standard services under his watch over the past five years.

“This is evident by the fact that many of the initiatives announced today are those of his inaugural speech in 2014, just repackaged.”

“The fact that all MECs still have 100 days to formulate plans for their respective departments highlights that there are still no plans in place to change the fortunes of the people of Gauteng.” DM