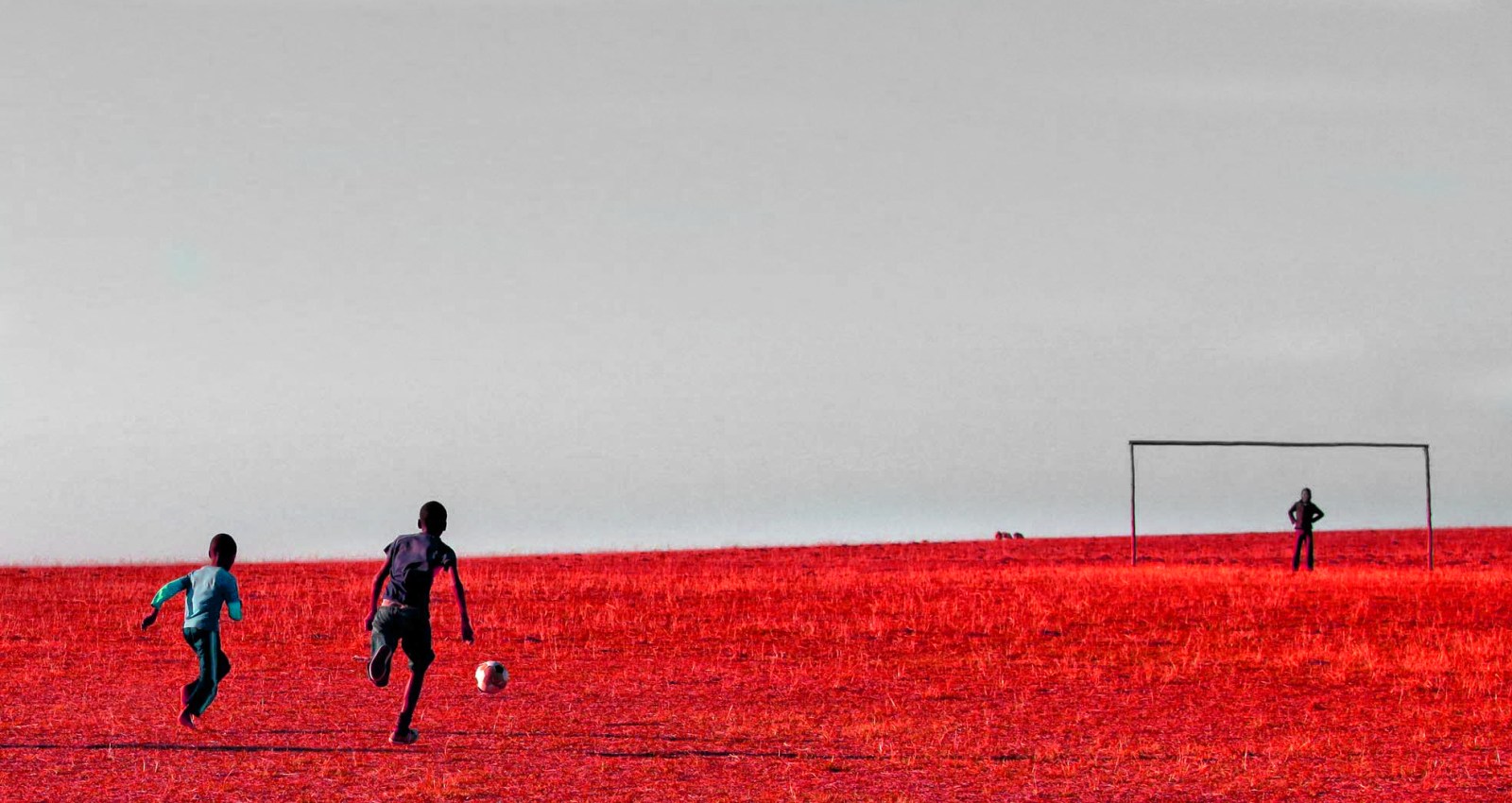 Children play soccer on a field between Khugxwala and Ngaphezulu townships 20 km from Mthatha in the Eastern Cape on Sunday, 20 June 2010. South Africans will once again support the national team when they face France in Bloemfontein on Tuesday after a 3-0 loss to Uruguay. The Bloemfontein game will determine whether they will proceed to the next round of the World Cup. Picture: Jordi Matas/SAPA

In his third State of the Nation Address, President Cyril Ramaphosa waxed poetic about the climate crisis and the impact global heating has on the lives of everyday South Africans. But he did not declare a climate emergency, nor did he provide tangible ways in which South Africa will decrease its carbon footprint.

“Together with all the nations of the world, we are confronted by the most devastating changes in global climate in human history.”

So said President Cyril Ramaphosa during his third State of the Nation Address (SONA), before warning of the impact a heating atmosphere will have on the lives and livelihood of South Africans.

The president said that unless we act now to change the course of global heating, our lives will be threatened. Yet he did not offer a decisive action plan to slow the climate crisis.

In a statement issued by Greenpeace Africa shortly after the SONA, the organisation called out Ramaphosa for a lack of decisive action.

“SONA was a missed opportunity; the President downplayed solutions to the climate crisis and stopped short of declaring a climate emergency, or indeed, any meaningful action aimed at avoiding catastrophic climate change.”

Instead, Ramaphosa emphasised that South Africa had the opportunity to be at the forefront of what he called “green growth” and “low-carbon industrialisation”. But again, he did not offer ways in which the country would work towards becoming more environmentally sustainable, or indeed how “green growth” would be facilitated.

“What we need from the government is a clear and ambitious plan to urgently address climate change under the auspices of a global climate emergency. As Africa’s biggest carbon emitter, we need rigorous energy policies that will facilitate reducing our footprint and preserving the planet for future generations.”

Ramaphosa did speak on the need for renewable energy sources, saying that “we must increase the contribution of renewable and clean energy to our national energy mix and explore the potential of the hydrogen economy.”

South Africa ranks 114th out of 115 countries rated by the World Economic Forum’s 2019 Energy Transition Index, which looks at a country’s abilities to move towards renewable, environmentally friendly and low-carbon energy sources. If Ramaphosa is able to drastically increase renewable energy production, South Africa may move up a few places instead of spending another two years at the bottom of the list.

As it stands, some of the most vocal proponents of renewable energy and climate action are young climate activists heading a youth-led environmental movement. In the days leading up to youth day, young people around the country organised climate protests outside of government buildings in major cities and rural areas. They, like young people around the world, demanded the government take action on the climate crisis.

“We have heard the voices of the young people who marched to the Union Buildings last week, urging us to take action to protect our planet.”

One organiser of the Cape Town protest, 17-year-old matric student Ruby Sampson. Alongside other young activists, Sampson formed Africa Climate Alliance, a pan-African environmental activist group and is a leader of the organisation’s youth wing.

“We are very grateful to Mr Ramaphosa for shedding light in his SONA speech on the impact of the climate crisis on not only South Africa, but the impact on the South African economy and my generation,” said Sampson. “Acknowledgment is the first step to true change.” DM