Is the monetary policy genie out of the bottle?

Is the monetary policy genie out of the bottle? 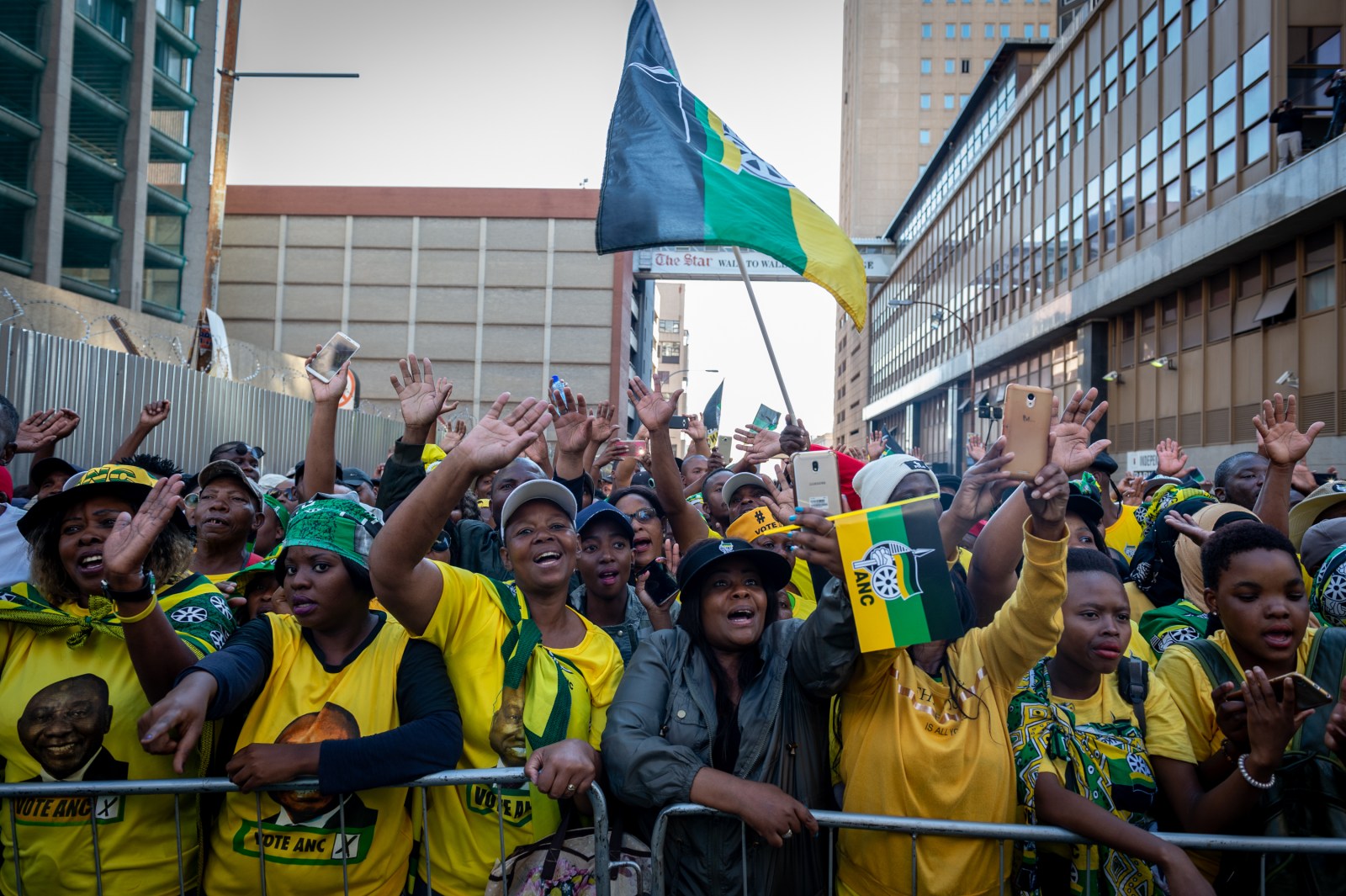 epa07564640 Supporters of the South African African National Congress (ANC) party celebrate outside the party headquarters at the Luthuli House in Johannesburg, South Africa, 12 May 2019. South African President Cyril Ramaphosa joins the ANC supporters at the city center in celebrations of the party's victory in the just concluded elections. EPA-EFE/YESHIEL PANCHIA

The ANC, newly invigorated after the elections, has put altering the mandate of the South African Reserve Bank at the centre of its developmental agenda and has touted exploring quantitative easing as a solution to SA’s many woes.

A statement released by the ANC secretary-general Ace Magashule sets out the government’s “five-year programme to translate the ANC’s contract with the people of South Africa into action” and signals a sharp jump to the left. However, hours after its release, Finance Minister Tito Mboweni denied there was an agreement to alter the mandate of the Reserve Bank.

The National Executive Committee of the ANC met in its annual Lekgotla over the weekend of 1-3 June 2019 to chart the way forward for South Africa and its people.

It would not have been a relaxed meeting. The ANC is under pressure to act. First quarter GDP figures released on 4 June reflected the biggest quarterly drop in GDP growth since 2009 (-3.2%) and the lowest yearly growth rate since the beginning of 2016, when the full follow-on impact of Nene-gate was felt.

Unemployment is at its worst level yet. Parastatal debt at Eskom, SAA and others is nearing R700-billion, and debt repayments are becoming due. Even the ANC, known for kicking the economic can down the road, cannot play the delay game anymore.

Yet while the ANC has committed to reducing unemployment from 27.6% to 14% in the next five years, it appears it cannot agree on how to achieve this.

Job creation, youth upskilling, economic and infrastructure development are priorities, yet the five-year plan reads like a wish-list. Unemployment will be reduced while the government focuses on a skilling and reskilling programme for 3.5 million young South Africans. Massive job creation will happen on the back of a re-imagined industrial strategy, job summit initiatives, Operation Phakisa and the public-private growth initiative, the statement says.

Key to this growth is monetary policy and the much-discussed and debated mandate of the South African Reserve Bank (SARB).

According to the plan, the ANC NEC Lekgotla also agreed to expand the SARB mandate beyond price stability to include growth and employment.

“These measures should consider inflationary impact on the currency and the poor and all must be done to cushion them. This is consistent practice by developed countries to save their economies. This will go a long way in dealing decisively with the triple challenges of unemployment, poverty and inequality,” the statement read.

“Modern monetary theory”, or “unconventional monetary policy” as a fix-all solution to the country’s woes is not a new idea in ANC. It has been discussed for years, and a flexible monetary policy regime was adopted as policy at its national conference in 2017.

Better known as quantitative easing, this sees a central bank, such as the US Federal Reserve, buying government bonds or other assets from the market, using newly created bank reserves (printing more money), in order to lower interest rates and increase the money supply.

“The ANC NEC Lekgotla today surprised with specific references to changing the SARB’s monetary policy mandate, to exploring nationalisation and even adding that consideration should be given to quantitative easing to fund the developmental state,” says Intellidex analyst Peter Attard Montalto.

“All of these factors will be blocked by the current SARB and National Treasury leadership as well as viewed sceptically by the president, in our view.”

However, he said, while nothing may happen in the short to medium run in terms of actual change, severe damage can be done as these issues are pushed forward.

Indeed, it was just a few hours after the statement’s release that Finance Minister Tito Mboweni reacted.

Yet despite a spirited defence of the independence of the SARB and current monetary policy by the likes of Mboweni and SARB governor Lesetja Kganyago, the idea refuses to die.

What is enticing about quantitative easing is that it served its purpose in the US and Europe where the economies are strong and the currencies in which goods are paid for are reserve currencies such as dollars, euros and pounds, which ensures that inflation remains low, says economist Mike Schüssler.

However quantitative easing did little to ease inequality — in fact, it exacerbated it. And in countries such as Argentina, Venezuela and Zimbabwe, which have structural problems in their economies, as South Africa does, increasing money supply will drive up inflation exponentially, Schüssler says.

In Venezuela, the government is printing money to pay its bills, with the result that inflation reached 1.30 million percent in April 2019, according to Trading Economics. Zimbabweans know that story only too well. Zimbabwe ran large fiscal deficits financed by printing money and experienced the second-most severe case of hyperinflation in history. On November 14, 2008, the annual inflation rate peaked at 89.7 sextillion percent every day, making Zimbabwe’s 100-trillion dollar notes worthless.

“I really don’t understand who brought quantitative easing into this debate,” noted associate professor in finance at UCT Co-Pierre Georg on Twitter.

“Quantitative easing is a tool for central banks battling stubbornly low inflation. It’s a tool of last resort and has never been used to finance intra-governmental funding shortfalls.”

“This (announcement by Magashule) is not really a surprise,” Lumkile Mondi, a senior lecturer at the Wits School of Economics and Business Science observed drily. “It’s what the 57% voted for.”

The ANC has observed the lessons of Venezuela and Zimbabwe, but perhaps it believes it can execute a similar policy with different results, he says. DM