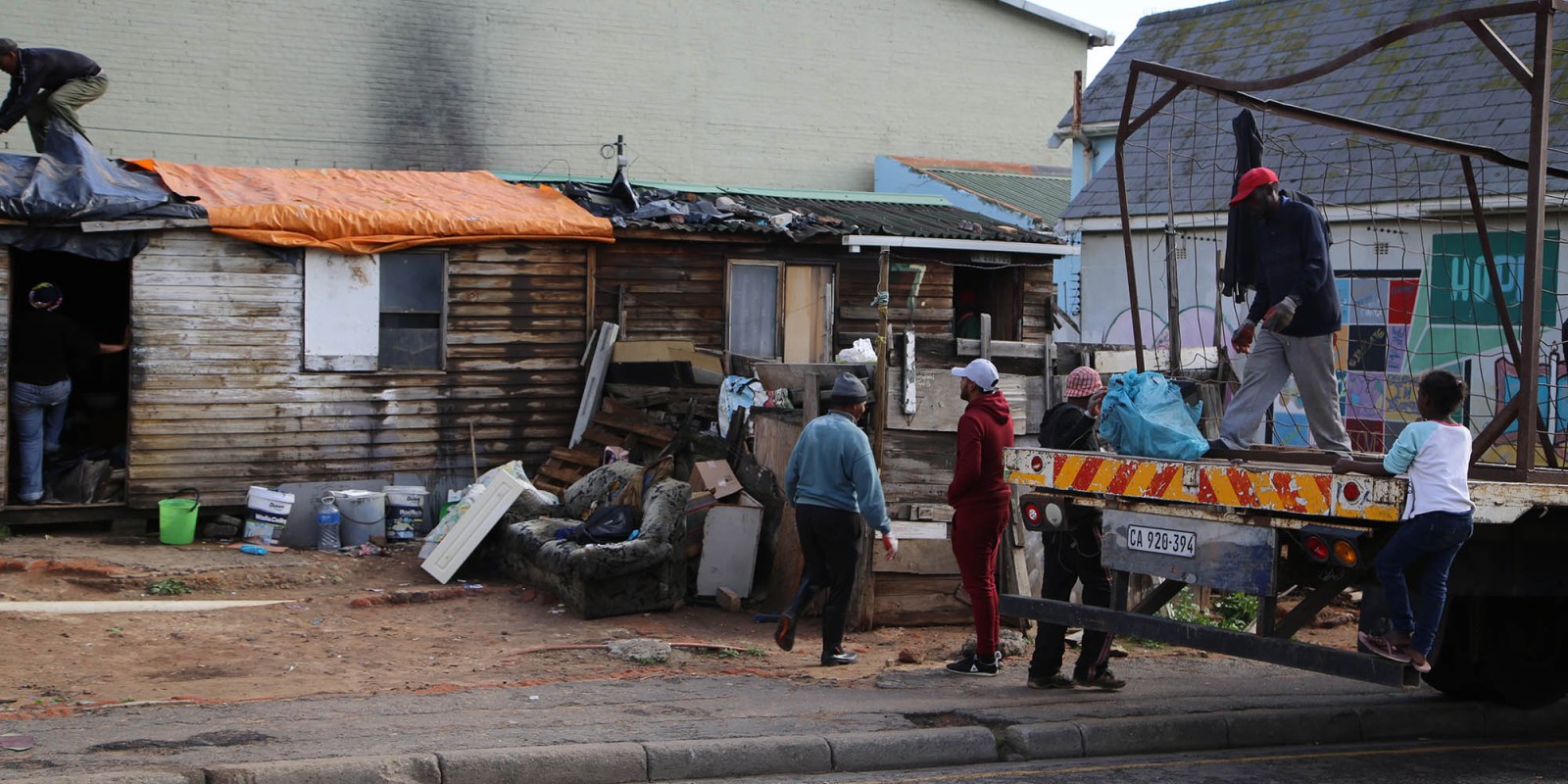 Residents from Pine Road informal settlement are moved to a transitional housing facility in Salt River on 20 May 2019. (Photo: Jonah Dylan)

Social housing in Cape Town’s prime real estate inner-city area is a hotly debated issue. Trust on all sides is a key element, something that a new housing initiative in Pickwick Street emphasises.

On Monday, 20 May 2019, 19 households living in an informal settlement on Pine road relocated to a newly-renovated affordable rental Transitional Housing Facility on Pickwick Street. Four days after the much-awaited move, I visited the Pickwick Street facility.

During my visit, I saw “Samuel Moses” (not his real name) looking relaxed and dressed down. We discussed many matters relating to the facility, but as I was leaving he said something that moved me. He said “I am very sorry for being so difficult with you before the relocation, Conrad… staying here in Pickwick is really life-changing, it’s great, and I thank you from the bottom of my heart”.

What’s so life-changing about this facility?

After living for 25 years in a shack dwelling, the relocation to a formal dwelling with hot showers, cooking facilities and living within the inner city is truly transformative. Uncle Samuel like many others has a twinkle in his eyes and a constant smile on his face, which was drearily absent during my months of facilitating this process. Up until the day of the relocation, Uncle Samuel was one of the most difficult residents to engage with, yet he has now become the champion of the project. Like many others, he was not quite sure what the relocation/change would entail.

Underlying any such process, we at Development Action Group (DAG) encounter deep anxiety and distrust of state institutions, fomented by years of empty promises. This made not only our work at DAG, but also other civil society organisations’ work, profoundly complex. The lack of empathy over the last 25 years has manifested itself in deep-rooted tension and frustration towards society.

Unlike any other model, this transitional-housing facility has been about trust. It has been about getting citizens to engage with the State in a meaningful way, to negotiate and ultimately take collective decisions.

So why does DAG want to replicate such projects in the inner city?

Firstly, this momentous development is not another transit camp like Blikkiesdorp and Wolverivier. It is not located 25km from the city, and the Pickwick street transitional housing provides safe, secure shelter to citizens and households that need support.

Secondly, unlike Breaking New Ground (BNG) housing or hostels, this is located in the inner city. Location is the driving factor here, where people are not moved to the periphery into dormitory-style neighbourhoods.

Thirdly, unlike many of the social housing projects that are in the waiting game, this project happened rapidly. The institutions that supported this project committed to seeing it through, from the foundation to getting households properly established there.

Fourthly, this project allows for the first inner-city social housing project to be implemented on Pine Road. If the commitments stand, we will witness a comprehensive approach to inner-city housing, that is both inclusive and just.

Fifth, its high time that the city puts its vacant land and assets towards spatial justice. Re-purposing existing buildings and vacant land parcels (including leased land) is a quick win, but also optimises the utilisation of existing stock.

Finally, it has demonstrated in a short space of time that land and housing are truly transformative. If the city and other state institutions uphold their constitutional obligations, there are always means to innovate and support citizens.

The facility will have to stand the test of time, both in terms of management and long-term operations. This again requires great commitment from the City of Cape Town and other stakeholders to support citizens not becoming subject to gentrification and rather find solutions in response to market-led evictions.

Retaining the trust between citizens and state will be the linchpin for all inner city housing in the future. DM

Conrad Meyer is a Project Officer at Development Action Group working on the Woodstock and Salt River projects.