Politics in the Twittersphere – how much misinformation did we get? 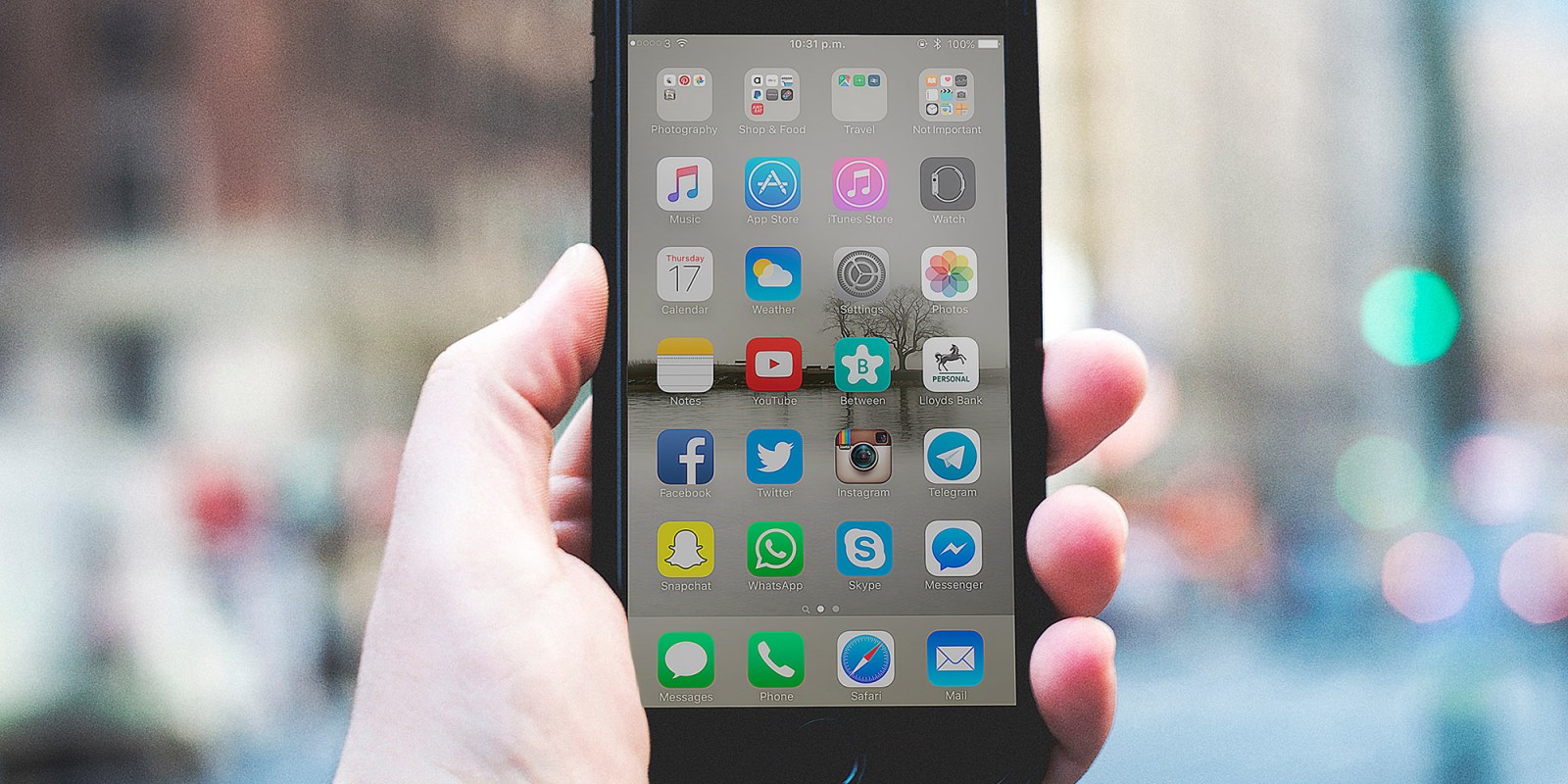 In the age of social media, do online political campaigns have a place in South Africa?

Only about 8% of South Africa’s 56.72-million people are on Twitter, with an internet penetration rate of between 50 and 60% (depending on which source is used). Even though the local Twittersphere is small, in the past it has proven to be a useful platform for the spread of information, particularly among youth during the #FeesMustFall campaign.

But what happened to Twitter in the lead-up to elections? If the social media platform was a representative of the South African electorate, then Julius Malema would probably be the new leader of the country. And the newly formed Capitalist Party (ZACP) would have at least one person in Parliament (@purplecowmobi has just over 8,000 followers, and won just under 13,000 votes). 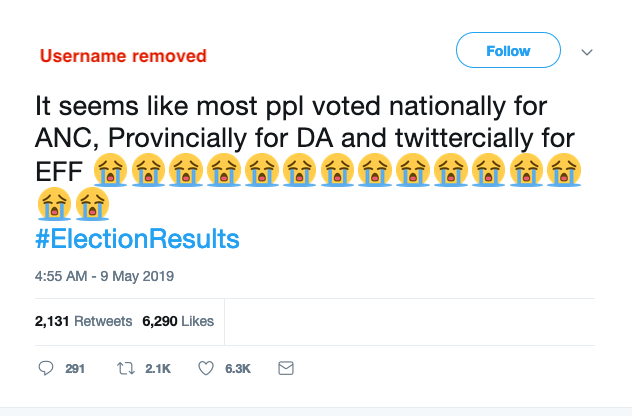 Social media noise does not necessarily correlate to votes. “If you look at the ZACP and the Black First Land First (BLF), they certainly have a profile on social media that is fundamentally disproportionate to their relevance and the number of votes they got,” William Bird, director of Media Monitoring Africa (MMA), told Daily Maverick. “You can put out a lot of things on social media, but that doesn’t necessarily reflect what happens in the polls.”

According to the director of communications for the DA, Mabine Seabe, “hashtags have become the new political slogans”.

Despite the relatively small number of South Africans on Twitter, the top three political parties have a combined following of almost two million accounts.

With the highest number of followers, the official EFF account (@EFFSouthAfrica), was strong in the build-up to elections. Although the official ANC twitter account (@MYANC) tweeted the most in the week before May 8th, averaging 1 original tweet every 12 minutes, tweets from the EFF had higher overall levels of engagement. Twitter users liked and retweeted more EFF tweets than they did ANC tweets.

In an interview with the media at the National Results Operations Centre (ROC), the deputy president of the EFF, Floyd Shivambu, said that political parties could not rely solely on social media, and parties that did so should count themselves out of elections.

“If we thought social media was the be-all and end-all of things, we would not have put up a strong machinery in all the 22,900 VDs [voting districts] that exist in South Africa. We combined social media, but we did a lot of groundwork as well.”

While more people engaged with tweets from the EFF, the official DA Twitter accounts (@Our_DA) had the highest level of tweeted replies despite the lowest number of total tweets.

“Social media is not a platform that should be used in isolation, but it is a part of the campaign ecosystem now. And it needs to be in sync with what we’re doing on the ground,” Seabe said.

According to the engagement programme manager at Code4Africa, Amanda Strydom, Twitter is not necessarily just a microcosm for people who have a social media presence. “Silly things might be shared on Facebook, and then the next thing someone screengrabs it and shares it on WhatsApp, and suddenly it’s way bigger.”

As with the ZACP and BLF, political influencers often increase the relevance of social media trends that would otherwise vanish into obscurity. Kyle Findlay, the creator of the blog superlinear and Twitter data guru, told Daily Maverick that one of the big issues with Twitter was the fact that journalists and political influencers were online. When information is spread on Twitter, via legitimate trends or artificial amplification, it can make its way into the mainstream media narrative.

Disinformation online is circulated in a very similar way, with people forwarding and sharing fake news in order to make it more popular. In doing so, the false information is made more popular. But it appears disinformation was not as much of a problem in the 2019 elections as was anticipated.

Bird, who worked on the real411 platform developed by the IEC and MMA to prevent the spread of disinformation, said there weren’t any major issues of disinformation that needed to be reported to the SAPS or Human Rights Commission.

Although it is difficult to comment on whether or not political parties orchestrated disinformation campaigns online, according to Bird social media manipulation does not appear to have been a serious issue: “I think that’s because there wasn’t a binary issue that could have been easily adopted by a particular group.”

Just days after elections took place it’s too early to say whether the spread of disinformation via social media, or social media influence itself, had a significant impact on the results. Evidence of online interference often only comes out months, even years later, as evidenced by the somewhat questionable election of Donald Trump and the more recent revelation of the Russian bots involved.

At least for now, it doesn’t look like any Guptabots meddled in the elections, and we already know the Russians failed to organise a disinformation campaign that favoured the ANC. DM

Disclaimer: Daily Maverick is only able to access information from Twitter’s mainframe of data, known as an API, or Application Programming Interface. Although there are thousands of South Africans using other social media sites such as Facebook and WhatsApp, access to these platforms is restricted.