A REFLECTION: Comparing election day in South Africa to the United States 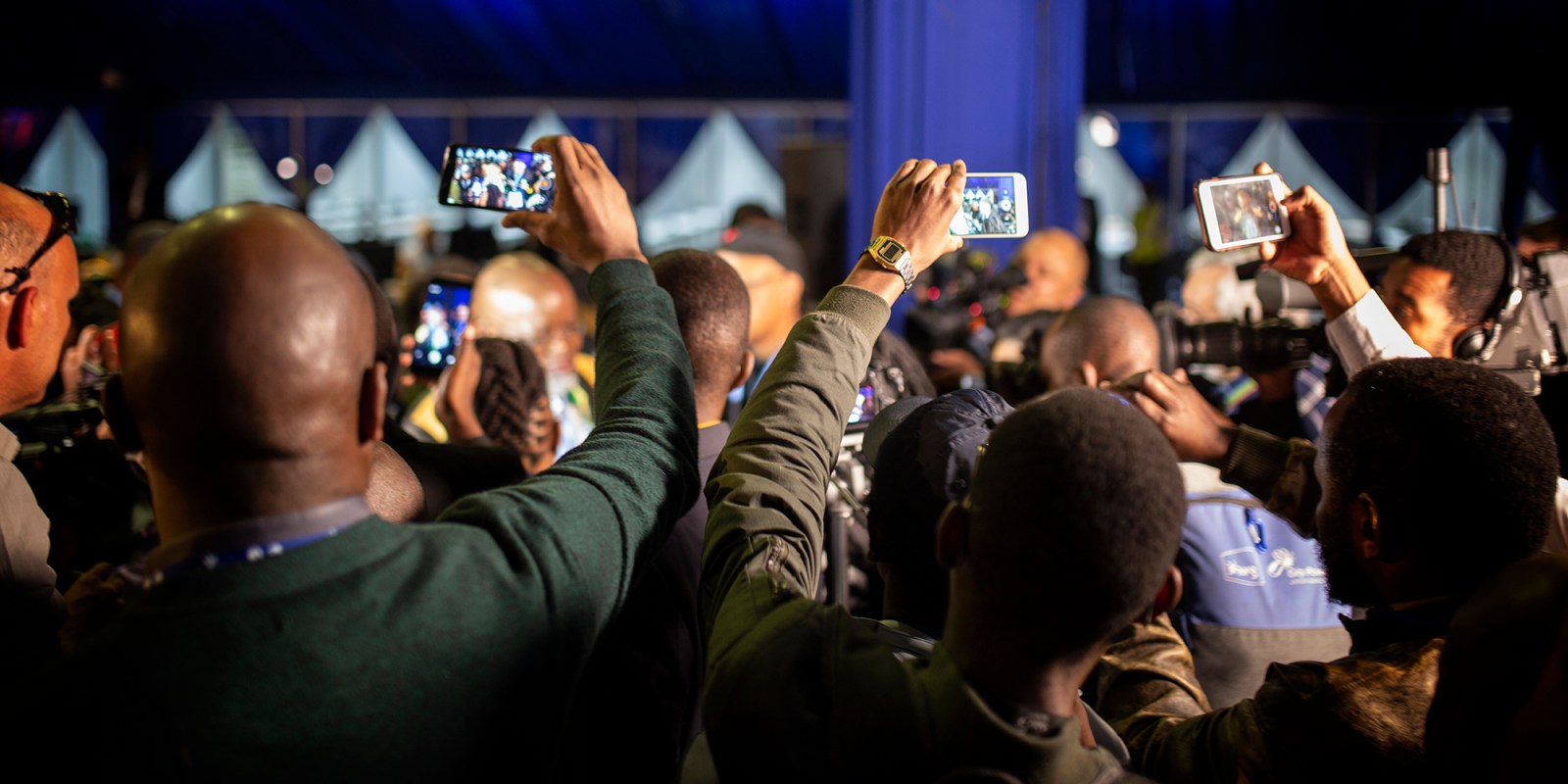 Journalists catch the action with their phones at the National Results Operation Centre in Pretoria on Thursday 9 May 2019. (Photo: Leila Dougan)

After recently experiencing elections in both South Africa and the United States, a Daily Maverick reporter reflects on the differences.

Election day as a public holiday really does change everything. In the United States, voters have to find a way to take time out of their workday to vote, and because of this voting stations can be backlogged at the end of the day. Polling stations close at different times state by state, but in South Africa, it’s much more universal.

The US trails other countries in voter turnout, which is likely due in part to the fact that people have to work on election day. Even the process of trying to convert election day into a national holiday has become an issue for Democrats and Republicans to fight over. Add it to the list.

But the end result is that Election Day ends up looking like just another day in the US.

Meanwhile, Cape Town looked desolate for most of the day. This was due, at least in part, to the bad weather, which became better as the day went on. Almost nothing was open and streets in the CBD were barely populated, like a scene straight out of The Leftovers. Walking through the streets felt eerie and uncomfortable.

“It’s like a ghost town,” a voter outside the Cape Town Civic Centre said.

For the most part, polling stations in the US and South Africa look fairly similar. Churches, schools and other buildings are turned into temporary voting centres, with queues of voters stretching around the sides of buildings.

One key difference — which has been oft-discussed during the past few days as the IEC investigates potential voting fraud — is the mark South Africans get on their fingernail after they vote.

There have been reports that voters were able to wash off the mark and vote again. In the US, voters aren’t marked, but are checked off on a computer programme that’s routed to other polling stations and would make it almost impossible to vote again. Everyone is also given an “I voted” sticker.

Because free and fair elections are so new in South Africa, voters seemed more enthusiastic than Americans about election day, even as a record number of people are disillusioned with politics in South Africa. As a whole, the day felt like a kind of celebration, something that you definitely don’t get in the US.

Party members set up tents outside polling stations across the country and while there’s still campaigning on election day in the US, it’s more likely to come in the form of posters outside a polling station or a few people handing out flyers.

The biggest difference, though, is how results come in. In the US, voting closes at night and people gather at watch parties across the country. Usually, shortly after midnight on the East Coast, it’s clear who the winners and losers are. Some races (especially on the West Coast) are too close to call and aren’t resolved for a few days.

Here, though, barely any results come in on election day. On the following day, politicians and reporters gather at results centres across the country — these don’t exist in the US. One pro from this is that politicians from every party are together to watch the results, something that, dare I say, warms the heart in these divided times.

Because Americans are voting for individual candidates and not parties, there are hundreds of watch parties throughout the country, although some candidates (from the same party) do hold joint watch parties.

Still, it feels a little weird. There’s a massive push to do everything you can ahead of election day, and then during election day. But then afterwards, everyone just has to wait for days. It really does test your patience, and that’s coming from someone who’s experiencing it for the first time. DM