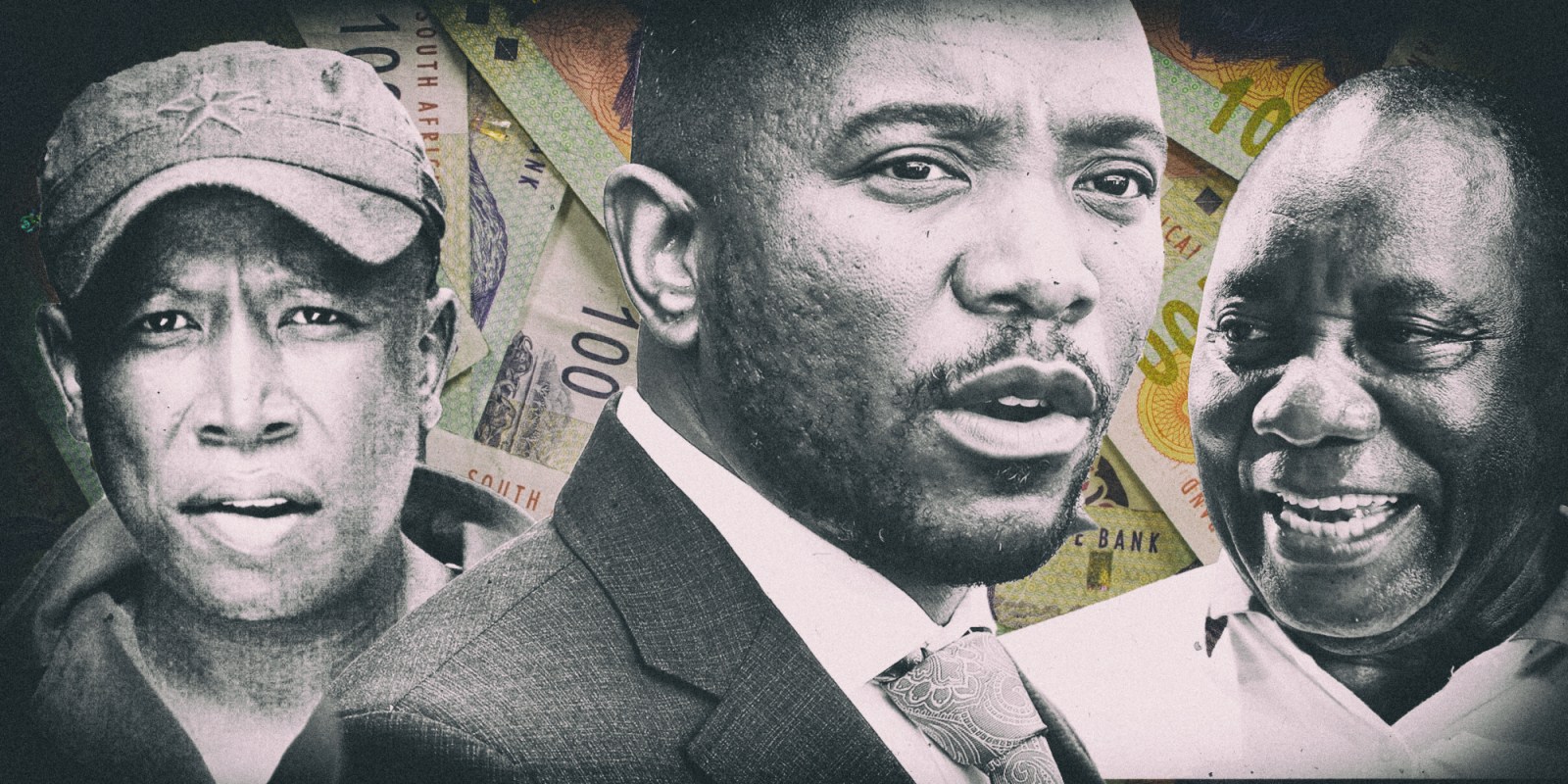 Unpacking the economic policies in the election manifestos of the ANC, DA and EFF, what do they say about taxes, government spending and debt, and interest rates? And should we be looking at New Zealand's model lest we have to call on the IMF for help.

This is the final part in a three-part series. See Part 1 and Part 2

Economists would want to see if the manifestos point to any change in the way the government handles the national budget and the Reserve Bank. Here the solemn words “macroeconomic policy” signal serious economic and political issues, and debates about what exactly the august institutions of the Treasury and the bank should do.

For convenience, the macroeconomic policy can be divided into fiscal policy and monetary policy. Fiscal policy is the preserve of the Treasury and involves tax, government spending and debt. Monetary policy focuses mainly on interest rates and money supply to control inflation and support economic growth.

On this aspect of economic policy as a whole, the ANC is strangely laconic: “Our macroeconomic framework, including fiscal and monetary policies, will be aligned to support the commitments made in this Manifesto.”

“The ANC believes that the South African Reserve Bank must pursue a flexible monetary policy regime, aligned with the objectives of the second phase of transition. Without sacrificing price stability, monetary policy must take into account other objectives such as employment creation and economic growth.”

This means changing the Reserve Bank’s present “inflation-targeting” mandate of focusing on keeping inflation in the range of 3% to 6%. Together with nationalisation, however, fears are a pliant Reserve Bank will let inflation spiral out of control to appease political interests, as happened during the apartheid era. The DA strongly opposes moves to nationalise the Reserve Bank and change its mandate.

On the other hand, the New Zealand government has changed its central bank mandate from pure inflation-targeting to a dual mandate – adding maximum employment as an objective. According to the specialist news website, Central Banking, the NZ Reserve Bank was the first central bank to adopt an inflation-targeting regime, and that it has now ditched that single-minded approach is significant.

On fiscal policy, the ANC makes no statement of whether tax levels are adequate, or what the desirable level of government debt is, or whether the government should figuratively tighten its belt or increase spending to stimulate the economy. The February 2019 Budget Review forecasts gross national debt to stabilise around 60% in the 2023/24 fiscal year. That level still allows for some latitude in terms of what IMF economists think is a tipping point for affecting economic growth, as I wrote for Daily Maverick recently.

Some developed countries have much higher debt levels, but many do not. In that light, the EFF’s plan to slash national debt to 20% may seem like a good idea, but taken together with its other anti-private sector policies such as widespread nationalisation, would be impossible to implement even in the medium term. More likely would be a ballooning national debt, widening deficit on the current account, currency depreciation because of capital flight, and the need to humiliatingly approach the IMF, the world’s lender of last resort, for a loan, which always comes with conditions.

The DA does have an explicit policy and would introduce a rule to peg the national debt to a maximum of 60% of GDP, and ensure government guarantees to SOEs do not increase as a percentage of GDP. That seems reasonable, except when a major external shock – such as the 2008/09 global financial crisis – throws the figures out and the debt has to increase sharply.

Debt levels are only one part of the picture, and none of the parties have any real answers to the taxing problem of an economy where widespread exclusion from full participation in the economy means a narrow tax base and inequality. South Africa is in some respects highly taxed, as I pointed out in a recent Daily Maverick article. An assurance, at least, that imposing more sneaky indirect taxes will be resisted would be comforting.

The DA proposes tax tweaks here and there in its manifesto, though it does want a review of tax policy. The ANC mainly mentions tax in the context on cracking down on tax evasion and illicit financial flows.

The EFF has plans for tax-free zones to create jobs and to make tax avoidance illegal, imprison tax avoiders, increase capital gains and inheritance tax, and raise corporate tax from 28% to 32%, with a 25% dividend tax, as well as a 60% tax on “speculative capital inflows”.

How to distinguish between speculation and investment is not that easy, but I would guess that such a tax would ensure there are no speculative inflows to worry about, and again, lead to the widening of the current account deficit, which relies on foreign capital inflows, to such an extent that we would have to call in the IMF. DM