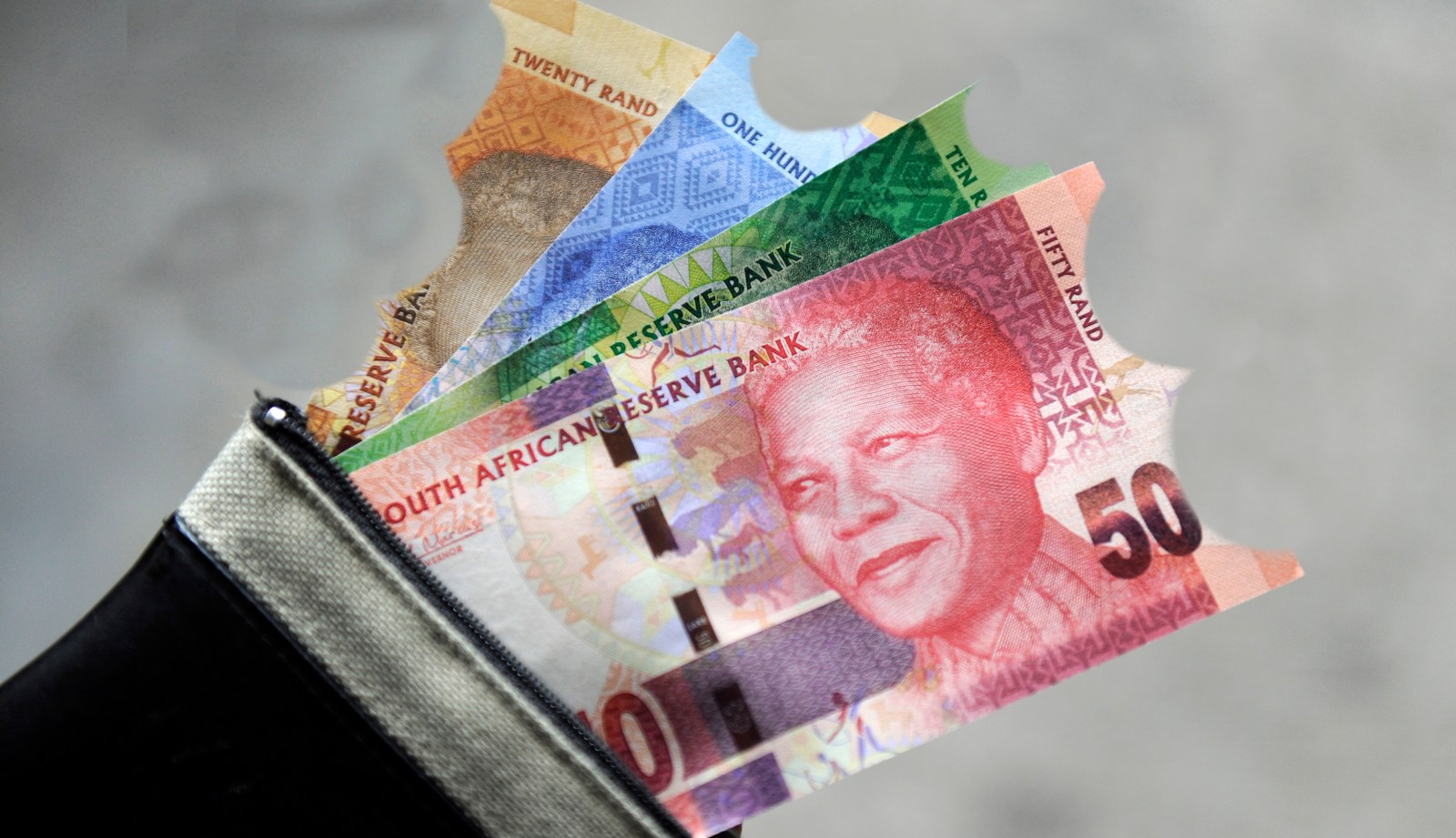 Banknotes, which feature an image of former president Nelson Mandela on the front and images of the Big Five wild animals on the reverse, on November 9, 2012 in Pretoria, South Africa. (Photo by Gallo Images / Foto24 / Loanna Hoffmann)

Tax rates have become a hot topic recently because of scandals surrounding former Head of South African Revenue Services Tom Moyane and suggestions of an imminent tax revolt by Western Cape premier Helen Zille. International comparisons show South Africa is highly taxed compared to other countries in the world – but how bad is it?

The issue of tax has been pushed to the forefront in South Africa by the scandals surrounding former taxman Tom Moyane, comprehensively reported by Daily Maverick’s Scorpio unit. Also making tax more controversial than usual has been the suggestion of a tax revolt by outgoing Western Cape premier Helen Zille and the corruption sagas involving allegations of tax fraud involving illegal cigarettes, not to mention citizen resentment of syphoning off of billions in citizens’ money in State Capture criminality.

The OECD global tax database for 2016 shows, for a number of countries, rich and poor, tax as a percentage of Gross Domestic Product, a measure of total economic output.

In taxes on income and profits, South Africa comes out ninth out of 95 countries evaluated, ahead of many developed countries. We’re 37th, both in total tax revenue and in taxing goods and services, not quite as bad.

However, as economist Mike Schussler has pointed out, the developed countries on the list tend to have dedicated social security taxes to pay for future social benefits. In SA the only such taxes are for the Unemployment Insurance Fund, the Compensation Fund and the Road Accident Fund.

If you subtract social security taxes, South Africa has the 12th highest tax rate out of 95 countries. We have social services, but they are mostly paid out of general tax money.

Part of the problem is our anaemic economic growth rate. Raising GDP would mean the country would automatically be ranked lower in these sorts of tables. Job-poor economic growth would not make a big enough actual difference, however. Unemployment arguably remains South Africa’s biggest economic problem and moving more economically active people into the formal economy could broaden the tax base and the economy.

The focus is mostly on income tax, which is explicitly redistributive in nature and brings in most of the tax revenue. Personal income tax contributed roughly 38% of gross tax revenue in 2018; Value Added Tax, around 25%; corporate income tax and the dividend tax about 20%. The fuel levy accounts for almost 6% of gross tax revenue. This leaves another 12% or so for taxes like property taxes, the skills development levy, customs and excise duties and a number of smaller taxes.

It is true that a small number of people pay most of the income tax in South Africa. Despite the reams of information realised by National Treasury on tax, it is difficult to establish the exact figure. AfricaCheck found that the claimed figure of around two million people paying 80% of the tax was mostly true. This is the implication of South Africa being one of the most unequal countries in the world in income, as measured by the Gini coefficient. In a country where, according to Stats SA, half the population is poor and perhaps a quarter live in extreme poverty this is not surprising.

The real problem is that that small number of wealthier but not really rich people who pay most income tax do not benefit as much as they would like. The truly wealthy have an army of tax consultants and, as the Panama Papers show, offshore tax havens to protect their wealth.

If healthcare, education, policing, were of a high standard and accessible to all, few taxpayers might care about the level of tax. The opposite is true. Middle-class and wealthier South Africans tend to pay for medical aid, security, and education, as well as paying income tax.

The cost of schooling, personal security and health have been moved out of government. This is not to say that private schools are necessarily better but even the former model C schools require payments; nor that the police are incapable, but the high level of crime means those who can afford it rely on armed response to sleep easily at night. Private healthcare is not always better, but the scores of scandals around inadequate public health facilities keep people locked into the relatively expensive private health care system.

In addition, the user-pays principle has, since days of apartheid, been used to move national road-building off the government’s balance sheet and this has not reversed under democracy. No wonder the tolling of previously untolled roads in the Gauteng Freeway Improvement Project sparked resistance and created the Organisation Undoing Tax Abuse to oppose paying e-tolls.

Another source of bitterness has been the fuel levy, originally a dedicated tax for road maintenance, now contributing to general tax revenue. Together with the Road Accident Fund levy, the fuel levy makes petrol increasingly expensive, with ripple effects through the economy. According to one calculation by website BusinessTech, the percentage of tax in the total fuel price has risen from around 32% in 2003 to 38% in 2018, a six percentage point increase.

Add to this the trend in recent years of increasing the number of taxes in the name of behaviour-modification, and you have a recipe for resentment. In addition to sin taxes on alcohol and tobacco, we now have a tax on sugar, as a possible precursor to taxes on other items government deems unhealthy – and lately environmental taxes.

Whether cutting taxes is the right method of stimulating an unequal economy like ours to combat recession is debatable. Increasing tax, through raising the marginal tax rate from 40% to 45% and not adjusting fully for the effects of inflation on incomes, however, are likely to be counter-productive in their effects on consumer and business sentiment. So is the inexorable rise of the fuel tax, and the introduction of new taxes.

In any case, it would be wise for the government to limit the number of new taxes as well as the overall level. This is not only because a proliferation of such taxes can be a political issue, but also because they complicate the tax system, which logically should be simple and transparent, to avoid tax by stealth.

Louis XIV’s finance minister enunciated this other important principle of taxation long ago: “The art of taxation consists in so plucking the goose as to procure the largest quantity of feathers with the least possible amount of hissing.” And he may have added, without killing the goose. DM