What the manifestos reveal about the parties’ economic policies (Part 1) 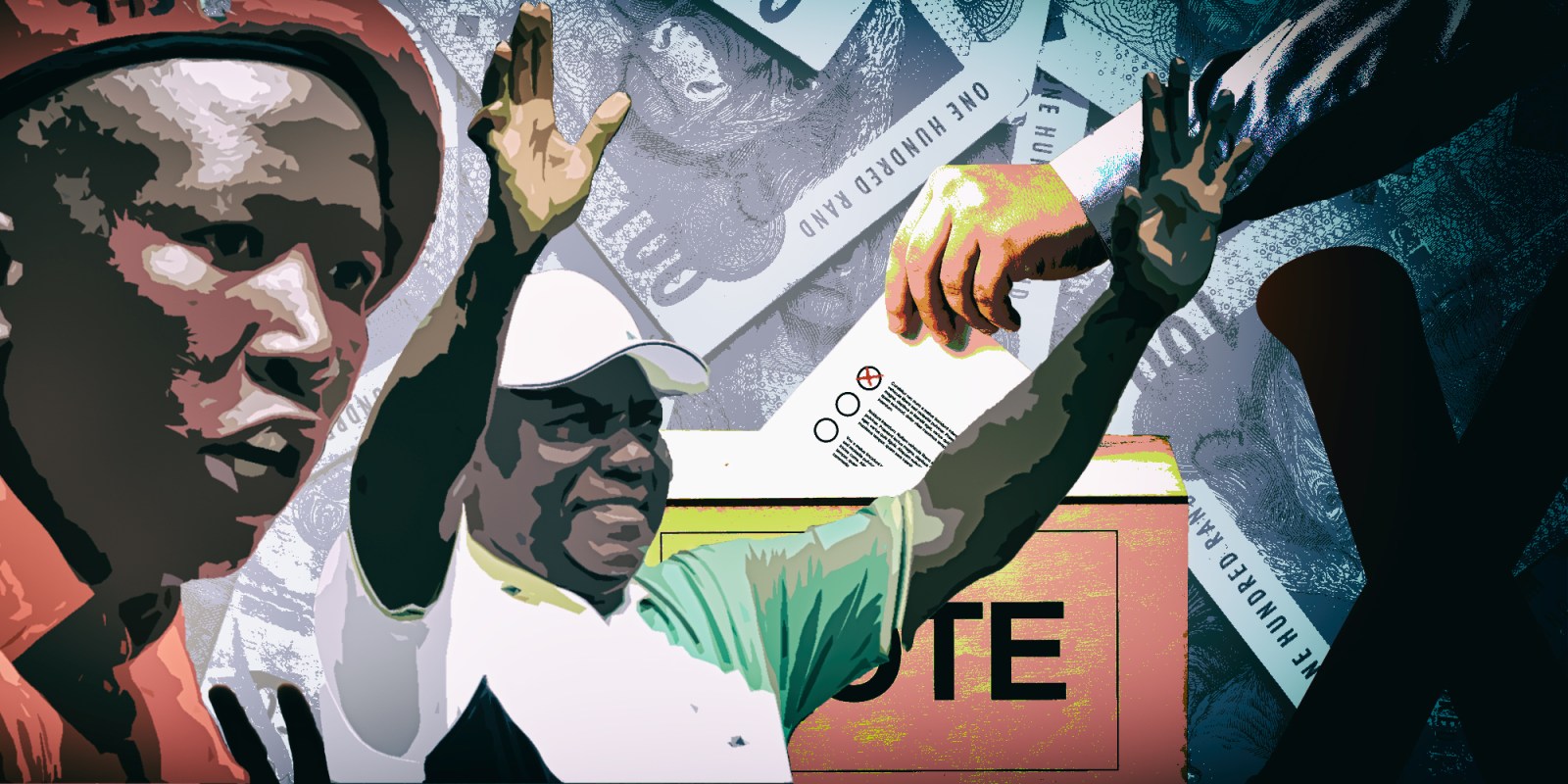 Unpacking the manifestos of the three main parties contesting the 2019 general elections – the EFF, DA and ANC – it is hard not to come away feeling a bit underwhelmed.

This is Part 1 of a three-part series.

You could probably have guessed that the EFF’s economic policies are strongly interventionist, contradictory, and would soon lead the country to land in the unforgiving arms of the foreign financial rescue, in the form of the International Monetary Fund.

You might have guessed too that the DA’s economic policies favour the free market and foreign investment, along with rolling back worker protection. And that the ANC’s economic policy is hard to discern, as befits a party which does its best to please everyone, except that it is left-of-centre.

What you might not have guessed is that the DA seems to want to retain some aspects of government’s empowerment programme, that the EFF scorns black empowerment but wants to incentivise women and youth empowerment, and that the ANC, along with the DA, wants broad empowerment of workers.

The EFF both agree on the need for policies that encourage the government and the private sector to buy local products.

All this and other key aspects of economic policy can be discovered in the pages of the manifestos of those three main political parties taking part in the national and provincial elections in May.

On a general level, the big difference between the political parties is in their differing attitudes to the market system and the desired degree of direct State intervention in the economy to effect change. The DA is pro-free-market, the ANC equivocal about free markets but committed to a mixed economy of public and private ownership, and the EFF prefers State intervention of the sort that prevailed during African socialism – and more.

The ANC advocates a range of State interventions, particularly in industrial policy. It doesn’t mention nationalisation but also avoids reference to privatisation or its South African euphemisms, “unbundling”, “restructuring” or “strategic equity partnerships”.

The DA vows to privatise State-Owned Companies whose services can better be delivered by the private sector and partially privatise others.

“This will bring in vital cash injections, skills, systems and expertise to turn-around a number of SOEs, while ridding the fiscus of the burden of the worst performers.” The DA would privatise SAA, Mango and SA Express. It would “end Eskom’s monopoly by breaking it up into electricity generation and transmission entities”.

The EFF would nationalise mines, banks, and “other strategic sectors” of the economy, all without compensation and, for some unknown reason, game reserves. It would renationalise Sasol and Iscor and increase the State’s stake in Telkom to 60%.

In banking, the EFF would institute a range of new State banks, though this hardly seems necessary if all the banks are nationalised. The ANC, by comparison, also wants to allow SOEs, such as those involved in enterprise development, postal services and housing finance to acquire state banking licences.

The DA strongly rejects this, saying it will oppose the Banks Amendment Bill which will permit SOEs to register as banks. “Given the disastrous track record of numerous SOEs in managing their own finances it would be foolish to extend banking licences to these entities and would increase risk across the entire financial sector.” It could be added that the VBS scandal, where the looting eventually led to the bank being taken into curatorship by the Reserve Bank and some clients losing their deposits, is also salutary.

The VBS was a mutual bank, which is a form of financial institution supposedly ultra-cautious in its lending practices and set up for the benefit of depositors. The ANC wants to start more mutual banks, and to foster the growth of not-for-profit co-operative banks to diversify the banking sector.

Both the ANC and the EFF have plans to intervene in the financial sector, apart from the banks. The ANC, for example, contemplates prescribed assets requirements for financial institutions’ funds for socially productive investments, another form of tax.

Nationalisation, it will be remembered, was the burning question in the run-up to the 1994 election, after which the ANC rejected this major plank of the Freedom Charter and even tentatively embraced private equity stakes in SAA and the Airports Company of SA while contemplating selling off parts of Eskom.

Instead of nationalisation as a tool to restructure the apartheid economy, the ANC evolved Black Economic Empowerment into a legal instrument, Broad-Based BEE, to effect the racial change of ownership and management of the private sector – including providing a new source of revenue for trade unions through BEE ownership.

That the ANC is reticent about BEE in its manifesto, mentioning it once, shows how the party now views this policy, which was one of the defining features of the Mbeki era. The ANC does not have much to say about BEE, except to confirm it is still policy. Instead the ANC talks of “broadening ownership” with a focus on extending worker ownership across the economy, through for instance Employee Share Ownership, not a new concept but one that has been arguably given less weight in the B-BEE scorecards that are used to rate companies B-BEE scores than individual ownership. The DA also strongly supports employee ownership.

Embracing nationalisation, the EFF upfront spurns BEE completely in favour of State control. However, it makes women and youth empowerment a key part of its plans. It also calls for an increase in black ownership and management of banks, which you would think is rendered not only unnecessary but impossible by nationalisation, which implies full State ownership.

Whether to keep BEE in some form or to reject it completely has been a source of contention within the DA, which as a traditionally liberal party has deprecated racial categories, and prefers in its manifesto to stress “the moral imperative to redress the stark inequalities that remain all-pervasive in South Africa, 25 years into democracy”. The DA’s BEE policy seems to de-emphasise race in favour of means-testing. The party wants companies to be awarded significant points in simplified B-BBEE scorecards, used to decide eligibility for State procurement and licences, for Employee Share Ownership Schemes, as well as being rewarded for job creation, improving worker skills, and creating black entrepreneurs.

The EFF stakes a lot on nationalising land “for redistribution” – again without compensation, and contradicts this with plans to force banks to cap mortgage terms to 10 years, a strange idea in itself and one made more strange by State ownership of land, precluding, probably for quite a while at any rate, the need for mortgage bonds.

The DA, which favours guaranteed property rights, opposes the controversial changes to the constitution to allow expropriation without compensation. The party links this move to the Protection of Investment Act and the Competition Amendment Bill. It says the Bill gives the president discretion to stop investments and acquisitions on the basis of National Security, the definition of which is too broad. The DA says the Act removes measures to protect foreign investors and paves the way for nationalisation of the Reserve Bank, which the EFF in its manifesto pledges to do.

The election will be decided on issues other than economic policy – except that ordinary people feel the effects of economic policy in their pockets. The middle class in higher or lower taxes, the poor in social welfare and jobs or joblessness. All of us – except if we are wealthy and callous – in the social environment in which we live. It is important to take the economic promises out of the manifestos, scrutinise them, debate them and make sure politicians act on them. To leave critical decisions to technocratic experts hurts democracy. DM