Election campaigns in the Age of Idea Scarcity 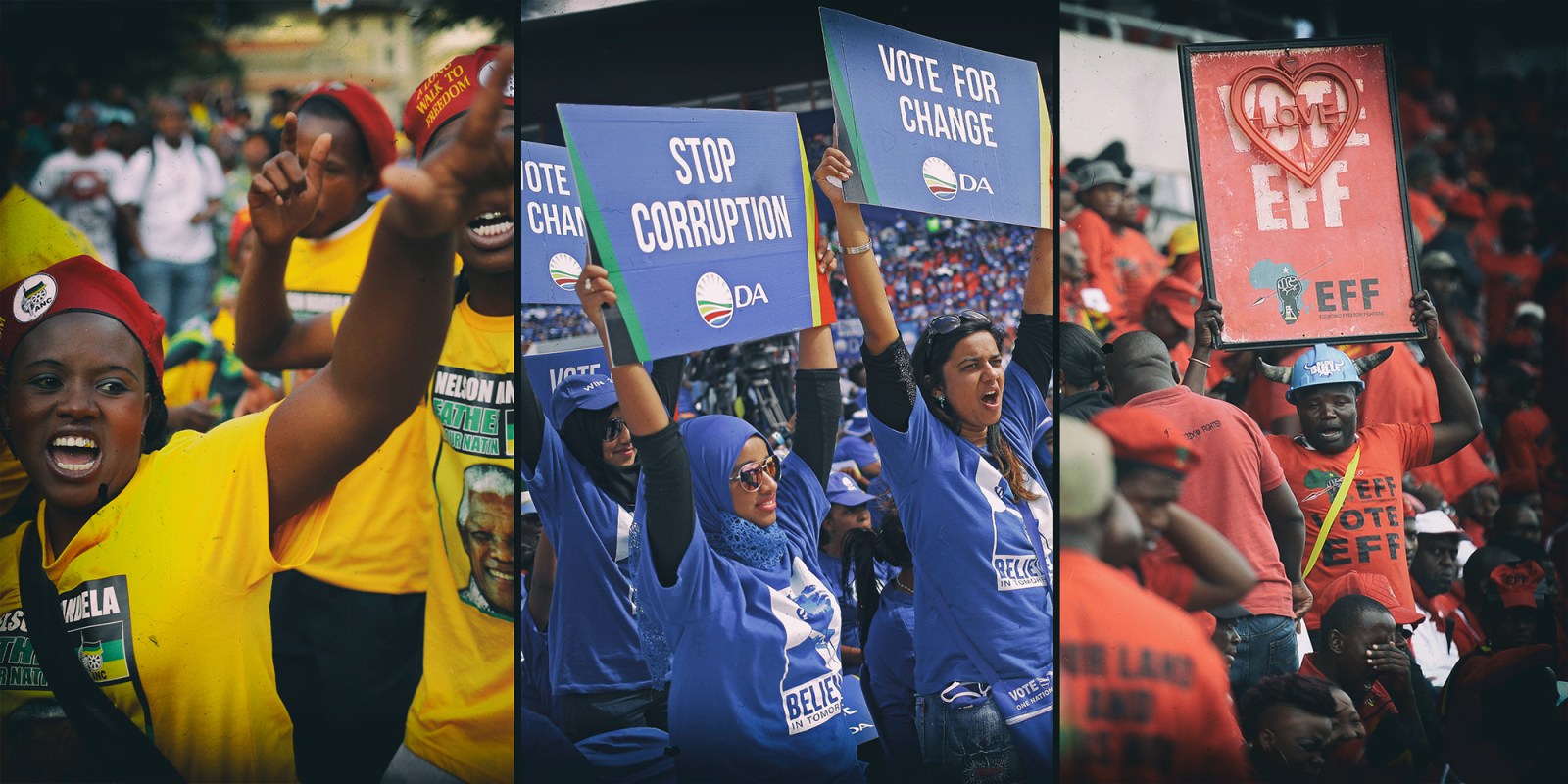 As the 2019 general election draws closer, there seems to be little direction in the campaigns of all the major political parties. Instead of putting forward a clear political vision for a better South Africa, they seem to be spending all their time attacking one another. This paucity represents a fundamental problem facing a country in desperate need of good ideas.

It is now less than a month to election day. A day that, we are often told, will be the culmination of the most intense campaign that we have seen since 1994. And yet, it appears at the moment that it is still not precisely clear what this election is actually about.

Voters may not actually know what the point of it is, what their clear choices are, to which direction the main parties are pointing, or which ideological argument is driving this election.

There are important causes for this intellectual desert. But there are also equally important consequences for a poll if the ideological choice is not very clear; it can lead to an election dominated by those who simply grab the most headlines and the greatest share of public attention.

Often in democracies, there is at least one straight choice between left and right. Most voters are somewhere in the middle and the contest between parties ends up as a fight for those floating voters. Britain’s Labour Party under Tony Blair won that battle in the late 1990s and early 2000s, Barack Obama won those voters in the US in 2008. These elections were about ideas and renewal, with a clear sense of direction towards a better future and a way for the nation to address modern realities.

This clarity appears to be missing from our election. No party appears to have a clear ideological thrust; there does not seem to be an issue or set of issues, that this election is about.

It seems likely that voters feel this emptiness. On talk radio and social networks one is often confronted by the question “who should I vote for?” and “why should I vote for someone?”, which begs another question of whether most people will actually bother to vote at all.

There’s a chance that a big part of the possible voters’ stay away will be this issue of an ideas vacuum.

This feeling of emptiness is augmented by the fact that so many of the political parties spend time campaigning against one another, rather than for themselves, by criticising the opponent rather than spelling out their vision for the future.

The recent blame-game over Alexandra is a good example: The ANC and the DA blame each other, and no one proposes solutions to the issue of illegal dwellings and a general sense of hopelessness permeating Mandela’s old township. There is no intellectual debate, no clash of ideas, no contrasting visions which voters can sink their teeth into. Instead, the parties run the risk of all sounding the same, because their campaign content is dedicated to slagging off their opponents.

At this point, the parties themselves would surely argue that they have all spent considerable human and financial resources to craft extensive manifestos containing their ideas. This is true, and some of those documents do comprise new ideas and suggestions that have not been discussed before. And yet those very same ideas have fallen by the wayside, lost in the cacophony of the perpetual shouting match. Instead, it almost feels like the manifestos were only drafted to have a lavish launch so that the leader of the party has the chance/reason to make a big televised speech. This is not the fault of the manifestos or those who crafted them. Rather it is the fault of the leaders/leadership who are supposed to translate those manifestos into the dominant talking points of the election.

In some ways, this is not surprising. It could be argued that policy left our politics a long time ago.

The local elections of 2016 were not about local government at all; hardly anyone spent any time discussing the best way for councils and metros to be managed. Instead, it was all about the personality of then-president Jacob Zuma. In some ways, the ANC itself has come close to admitting this.

This process appears to have sped up to an extent — rarely now do we hear discussions about how to resolve problems. Instead, SABC debates that are supposed to focus on land or the economy end up with chairs being thrown and the supporters of different parties coming close to physically attacking one another.

This is actually a symptom of the lack of policy debate in this election. If you are arguing with someone, you often want to hear them speak so that you can rebut it; you need to know their argument to properly respond to it. In this poll, that does not seem to matter. Worse, political leaders know it. They are aware they do not need to respond to the ideas proposed by other parties. This is what allows them to campaign in the way they do, and to allow their supporters to behave in this way in debates.

If there is no clash of ideas, what then is likely to step into this vacuum?

That would be, naturally, identity politics, and particularly race. If there is no substantive policy debate any time soon, this can still largely be an “identity election”.

But it could also be argued that political identity in South Africa is more complicated than it used to be. The number of people who are “black” but also “middle-class” has grown. Some are accused of being less “politically black” (and the definition of that phrase would be heavily contested on its own) than they used to be. Often on Twitter, a person who is seen as black, but is not defending a particular political viewpoint, is accused of either being a “sellout” or some variation that ends up meaning, in the view of the person making the claim, “not properly black”.

(This actually has a long pre-Twitter history: President Robert Mugabe once suggested that President Ramaphosa was a “white man in a black man’s skin”. The quote is mentioned in Professor Anthony Butler’s biography of Ramaphosa.)

If political identity is more complicated than it was in the past, this may make it harder for politicians. In making certain comments they may find that they are not received in the way they once were. This may make them a little wary of making grand gestures or announcements.

If this is an election without a proper clash of ideas it also opens the way for those who campaign only by grabbing attention. This means those who are the loudest and those on the extremes of our politics. Along with those who are simply the maddest. This might demonstrate how it is that parties like the radical EFF, the (North Korean-supported?) BLF and, from time to time, the ATM of Mzwanele Manyi and Hlaudi Motsoeneng’s ACM are able to grab the headlines.

It is also possible that without ideas finding proper expression in this election, voters are left even less hopeful after the poll. In other words, there will be no comfort that there will be any direction at all.

Plenty of people are to blame for this.

Much of that blame could lie at the feet of the ANC itself. If it were not quite so divided, it would have been able to campaign in a way that allowed ideas to dominate. Those with rose-tinted memories will claim that this is what happened in the past, before around 2007. But the other parties should take some of the blame too. The divisions within the DA, and particularly its battle to straddle the divides of our racialised inequality, have made it difficult for that party to run a campaign based on new ideas.

This, of course, has helped the EFF. Its message of “Our Land and Jobs Now” has both ideas and conviction. This may explain why it appears to be gaining some support in places like Gauteng and Limpopo during this election.

There is still space and time for these 2019 elections to become about something, for some idea to dominate the remaining 30 days. Land could well become that overpowering subject of debate, but so could other issues around corruption and the economy. Still, unless the major parties are able to overcome their internal contradictions, this seems unlikely.

And, unless something dramatic happens in the next five years, it is entirely possible that we enter a period in which elections don’t appear to be about ideas at all. DM