Farm battlegrounds: Between the land and the law 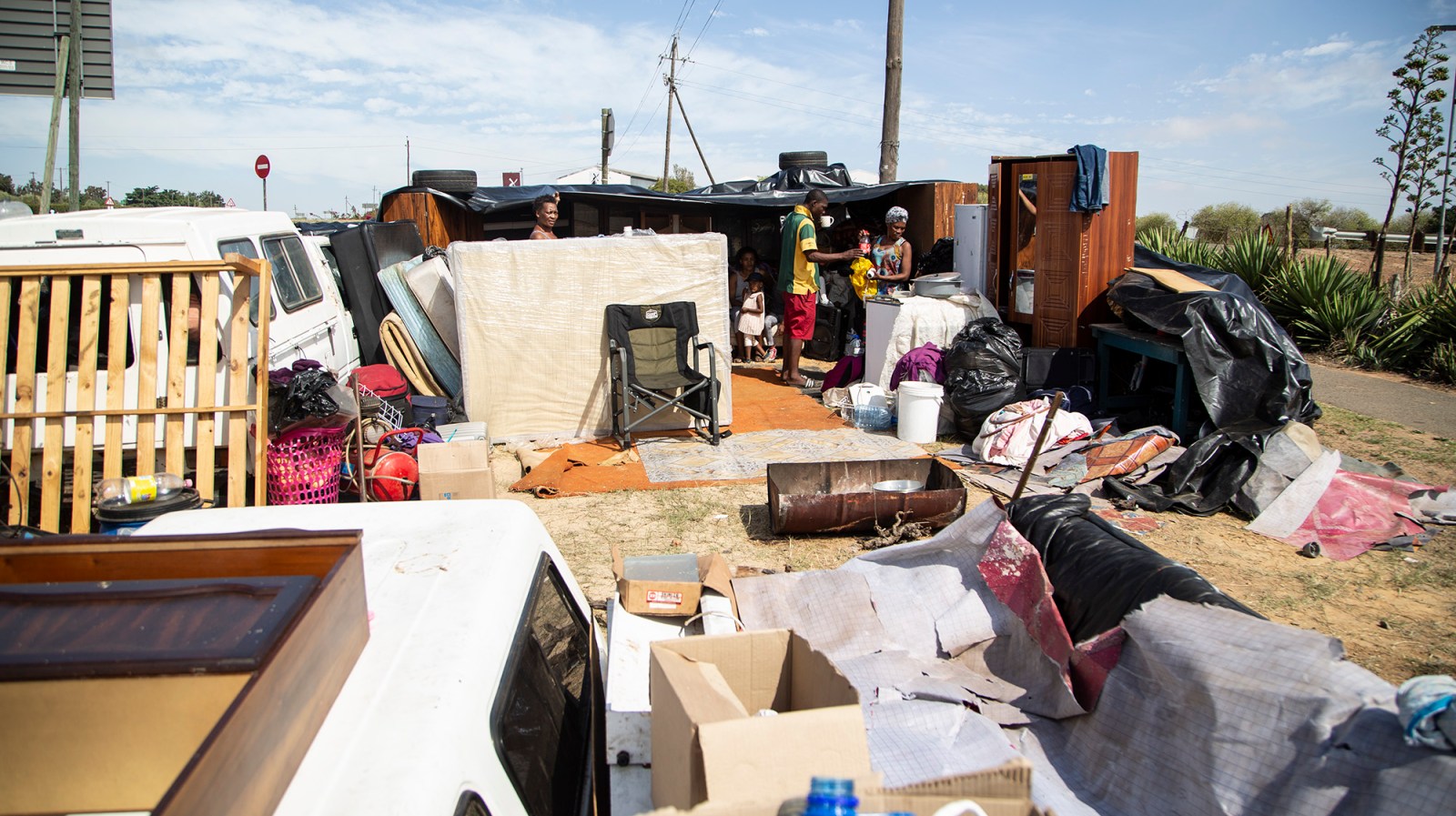 The belongings of the May family who were evicted from Windmeul Farms in Paarl, sit on the side of the road opposite the farm they once called home, 28 March 2019. Photo: Leila Dougan

The plight of a farm-dweller family evicted from their home on a wine farm in Paarl this week put the spotlight back on the growing tension between the legality and morality question relating to farm evictions.

This article was first published by ParlyBeat

This eviction in Paarl came days after President Cyril Ramaphosa assured farmworkers in Citrusdal that his party would support farmworkers in their fight against evictions and oppression.

Alfred May and his family found themselves out on the street with all their belongings when the sheriff of the court enforced an eviction order. According to the organisation Women on Farms Project (WFP), May worked on the farm for 28 years until his employment was terminated.

The eviction sparked isolated protests by some farmworkers.

Yet, according to a statement the farm owners issued, May was fired in 2008 because he sold liquor illegally on the wine farm. He had been asked to vacate the premises, but he refused. The owners insisted they followed due process with court rules and legislation, and thus acted within their rights.

“The eviction of the occupiers did not occur abruptly. It was the culmination of a nearly decade-long process at a large financial cost and prejudice to the farm,” the statement read.

“Current legal instruments such as Esta (Extension of Security of Tenure Act) give farmworkers limited protection, and farmers learnt how to use these loopholes in legislation. They only need to provide accommodation to farmworkers while they are in their employ and when you reach long-term occupier status,” Louw explained.

Louw explained that farmworker women are often at an even greater disadvantage.

“Historically women were not employed on farms, so they never qualified for tenure security in their own right. As a result, widows are evicted “legally”, as was the case on a farm in Rawsonville earlier.”

Louw said legal processes also mean very little if poor farm dwellers who live far away from courts cannot access these courts, or are unable to read or understand legal documents. WFP director Colette Solomon said during a recent seminar at the University of the Western Cape that laws are well intended, but farmers are well-resourced in terms of legal representation.

“Farmworkers have a moral and economic claim to the land,” she insisted. “One of the greatest perversions in South Africa is that those who produce our food often go to bed hungry.” Solomon referred to a “systematic backlash by farmers over the land expropriation issue”.

Says Solomon: “What we see is increasing evictions and unfair dismissals.” Solomon said the organisation also observed “constructive evictions”. She explained that farmers often make living and working conditions unbearable to force farmworkers from farms. This may include cutting off water and electricity and locking doors.

When approached for comment, farmer representative body Agri Western Cape asked for details of evictions to investigate and said they could not comment on allegations. According to Solomon, however, there are more than 1,000 eviction cases on the court roll for the Drakenstein area. This includes towns such as Paarl and Wellington.

It is estimated that if granted, these eviction court orders will affect about 20,000 farmworkers and families living on farms. May was likely part of these statistics. WFP deals with an average of 35 tenure-related cases a year. In 2018, the organisation dealt with almost 100 matters affecting almost 500 farm dwellers.

Director of the Institute for Poverty, Land and Agrarian Studies (Plaas) Professor Andries du Toit said there were clearly problems with the legal framework and with the implementation of the current law.

“However, the legality of the issue aside, a big problem is that evictions contribute to the marginalisation of the poor and vulnerable population, who join the large masses of landless and unemployed people seeking to survive on the edges of the urban economy.”

Du Toit labelled it as a “clear betrayal of the promise of our Constitution”.

“Processes such as this end up excluding large numbers of people from any kind of meaningful citizenship, relegating them to an impoverished and insecure existence on the margins of a wealthy society.

“Not only does this have potential destabilising political consequences in the long term, but it’s also not in accord with our values as a society.” DM