Prove it: Manuel to EFF over ‘libellous’ statement on new SARS boss 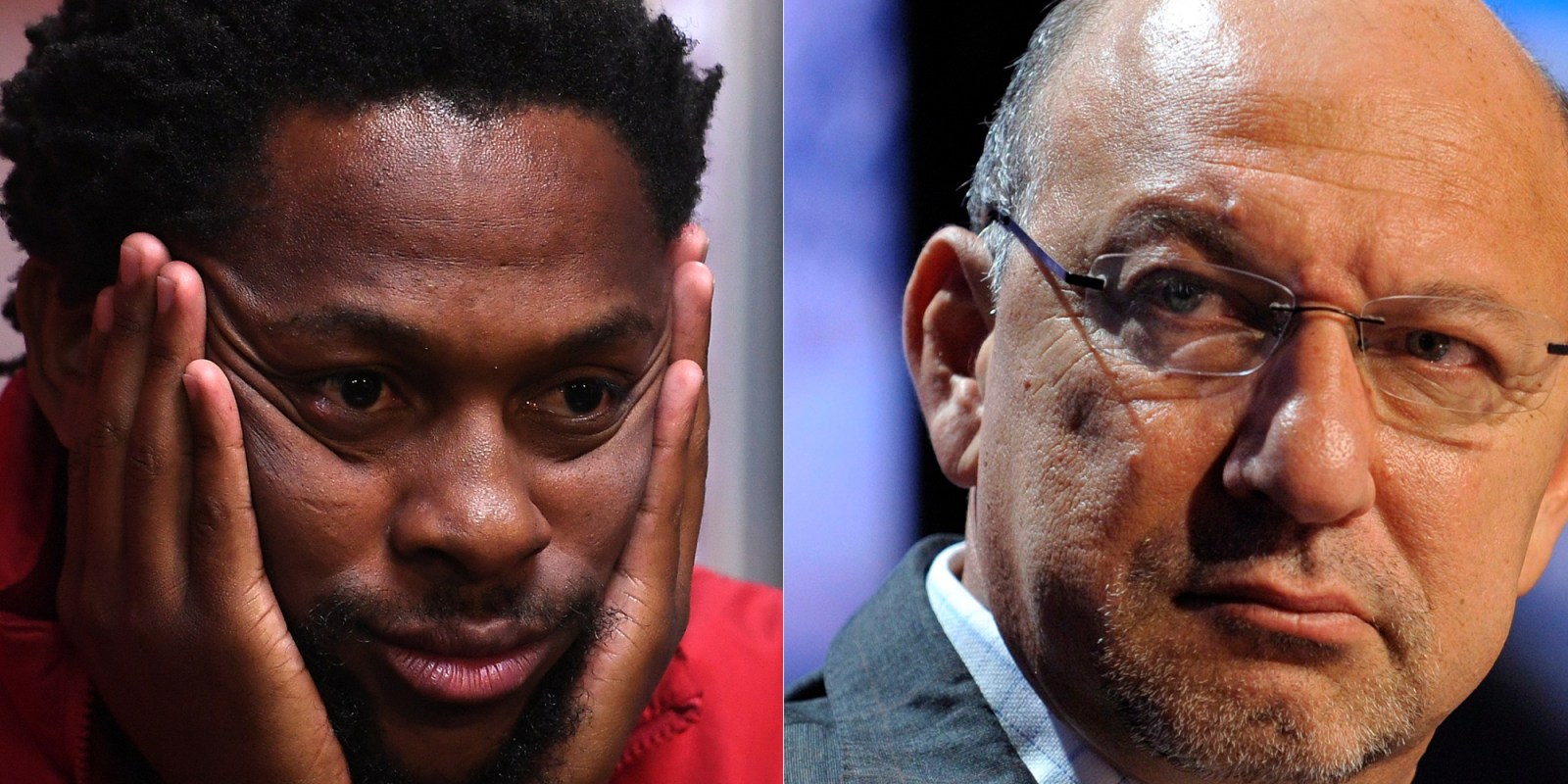 Former finance minister Trevor Manuel has confirmed to Daily Maverick that he will go to court if the EFF does not provide proof of its allegations that he has blood and business ties to SARS commissioner Edward Kieswetter, who was appointed on Wednesday.

“The EFF yesterday (Tuesday 27 March), in the name of Mbuyiseni Ndlozi, issued a statement that is as false as it is racist and libellous, against the appointment by President Ramaphosa of Mr Edward Kieswetter, the incoming Commissioner of the South African Revenue Service (SARS),” said Trevor Manuel, who came out swinging against the EFF statement.

In the EFF statement, Ndlozi said the process to appoint Kieswetter had been “patently nepotistic” and “corrupt”.

The EFF had previously written to Finance Minister Tito Mboweni to open the process of interviews for the SARS commissioner. Ndlozi’s statement said that Kieswetter is a relative of Manuel’s and is a “close business associate and companion”.

“While they are free to hold their warped political views about a SARS Commissioner for whatever reason, they have no right to libellous or racist views.”

“Only a mind warped into destruction by apartheid can ever suggest blood-ties between two individuals classified Coloured by the apartheid regime when the only connective tissue is a racial classification. The onus now rests on Mr Ndlozi to prove the ties exist.”

As minister of finance, he had possessed no such power, said Manuel, who added that Ndlozi would have to prove each of his assertions in court. Ndlozi did not respond to a Daily Maverick request for comment.

The party has also repeatedly campaigned against Public Enterprises Minister (and former finance minister) Pravin Gordhan. In 2018, the party began and has sustained a campaign against Gordhan. His daughter, Anisha, was drawn into the fray.

The party said that Gordhan was spiriting money into a Canadian bank account while it alleged that he had enriched his daughter when she worked at Investec.

News24 has shown this to be disinformation: The Canadian account was proven to be false while Anisha Gordhan held directorships as a proxy for her then employer, Investec.

Gordhan has laid criminal charges against the EFF. Manuel told Daily Maverick that he would also approach the courts if Ndlozi could not back up his claims with evidence.

“We should stop allowing ourselves to be bullied (by the EFF),” said Manuel.

The EFF has also consistently attacked SARS and executives who have held the fort while a new appointee to lead SARS was being sought.

Analysts have pointed out that this may be because EFF President Julius Malema is close to cigarette manufacturer Adriano Mazzotti, from whom he rents a Hyde Park villa. Mazzotti is in big trouble with SARS, which recently raided his home, abutting the one Malema lives in, and impounded some of his luxury supercars.

All the panelists had to declare any conflicts of interest.

There were 82 applicants for the role of tax commissioner, of whom nine were shortlisted and seven were eventually interviewed. Manuel recused himself from one of these interviews because the person had previously been employed by him.

The panel looked for someone who had led a big and complex organisation, had knowledge of tax and who had a personality able to withstand political pressure. On his first day on the job, Kieswetter found himself in the middle of a political fight, putting this quality to an almost immediate test. DM