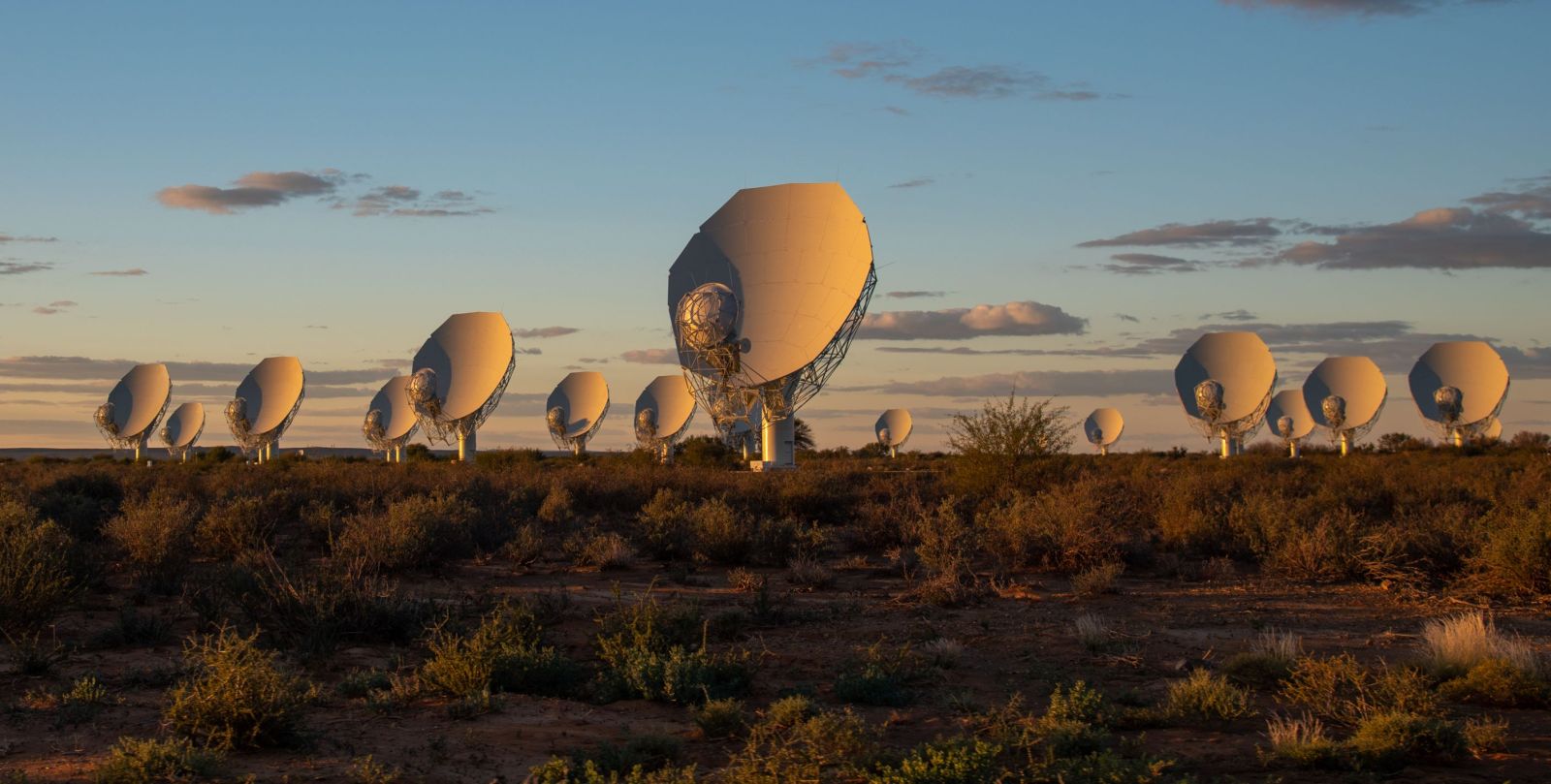 Some of the 64 radio antennas of MeerKAT in the Karoo. Photo: SARAO.

After three-and-a-half years of negotiations, seven countries — South Africa, Australia, China, Italy, the Netherlands, Portugal and the United Kingdom — signed a treaty in Rome, Italy, on Tuesday. The SKA Observatory is now an intergovernmental organisation, only the second one in the world dedicated to astronomy, other than the European Southern Observatory.

Dr Catherine Cesarsky, chair of the SKA Board of directors, said this Tuesday in a video message: “This signature is the real beginning. This is a historic date that everybody will remember.”

She added that the SKA will be used for up to 50 years and “you want to be part of this fantastic human adventure of the human mind; I expect many countries will join and that it is truly going to be a world project”.

The SKA Observatory (SKAO) said contracts worth €700-million for the construction of the SKA will start to be awarded from late 2020 to companies and providers from the SKA’s member countries. Construction will start in 2020 on the SKA site, 90km from Carnarvon in the Northern Cape. 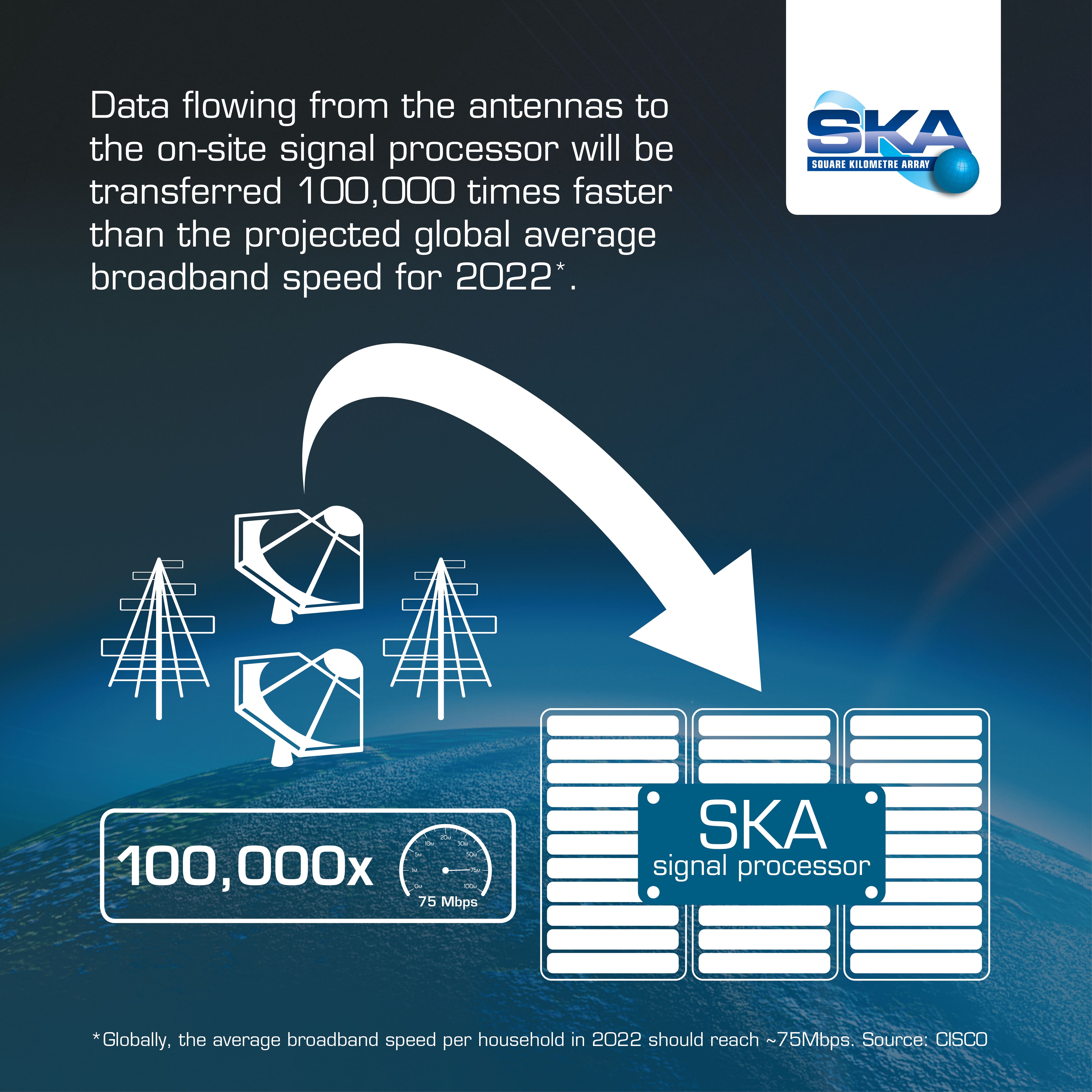 Thomas Kusel from the South African Radio Astronomy Observatory said on Tuesday evening that about 133 radio antennas will be constructed during the first phase of the SKAO. After completion South Africa’s precursor instrument, MeerKAT, will be integrated into the SKA’s first phase. MeerKAT, which consists of 64 radio antennas, is already observing the skies.

The SKAO in the Karoo will consist of three spiral arms, stretching across 150km. It will have an astronomical collection area of 126 tennis courts, which can be compared to an optical telescope having a mirror that size.

While looking at the universe it will be able to collect 8.8 terabytes of data per second. (The average person is familiar with a gigabyte – one terabyte equals 1,000 gigabytes.)

At the same time, the rest of the SKAO will be built in Western Australia. It will consist of smaller arrays, which look a bit like a tripod. About 133,000 of them will be spread across 500 observation stations.

The construction of the SKAO, which is seen as one telescope, will be from 2021 to about 2027, but the first scientific observations can start as soon as 2025, the organisation said on Tuesday.

Kusel said that there is no fixed date for the start of phase 2 of the project.

“The idea is to construct 2,000 dishes (in South Africa), but this will very much depend on the success of the first phase and the ability to find funding.”

The prototype dish is already being constructed on site in the Karoo, Kusel said. The structure will be completed in April and afterwards a series of tests will be done for 10 months.

Prof Justin Jonas, an astronomer from the South African Radio Astronomy Observatory, said on Tuesday evening that their staff will be responsible for much of the testing of the performance of the prototype dish. The SARAO will also provide the equipment needed for the tests.

The SKA will be the largest science facility on the planet, with an infrastructure spread across three continents in both hemispheres. Its two networks of hundreds of dishes and thousands of antennas will be distributed over hundreds of kilometres in Australia and South Africa, with the headquarters in the United Kingdom. 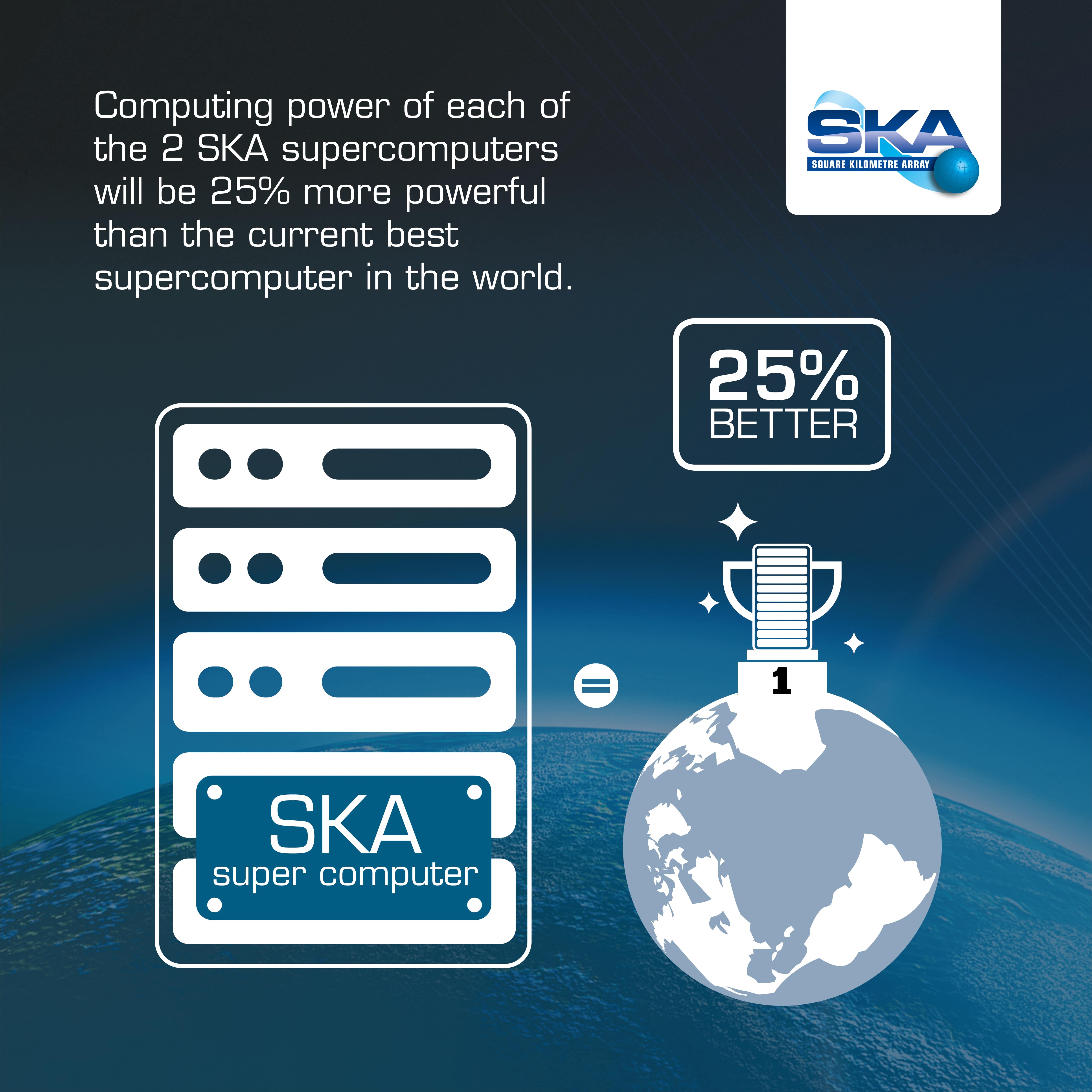 Spin-offs are also expected to emerge from work to design and build the SKA, with start-ups already being created from some of the design work and its impact reaching far beyond astronomy.

Two of the world’s fastest supercomputers will be needed to process the unprecedented amounts of data emanating from the telescopes. Some 600 petabytes are expected to be stored and distributed to the science community worldwide every year. It is the equivalent of over half a million laptops’ worth of data.

Prof Philip Diamond, Director-General of the SKA Organisation which has led the design of the telescope, added:

“Like Galileo’s telescope in its time, the SKA will revolutionise how we understand the world around us and our place in it. Today’s historic signature shows a global commitment behind this vision, and opens up the door to generations of groundbreaking discoveries.”

He said in a video message that people will look back and think that “this was the moment the SKA was created”. 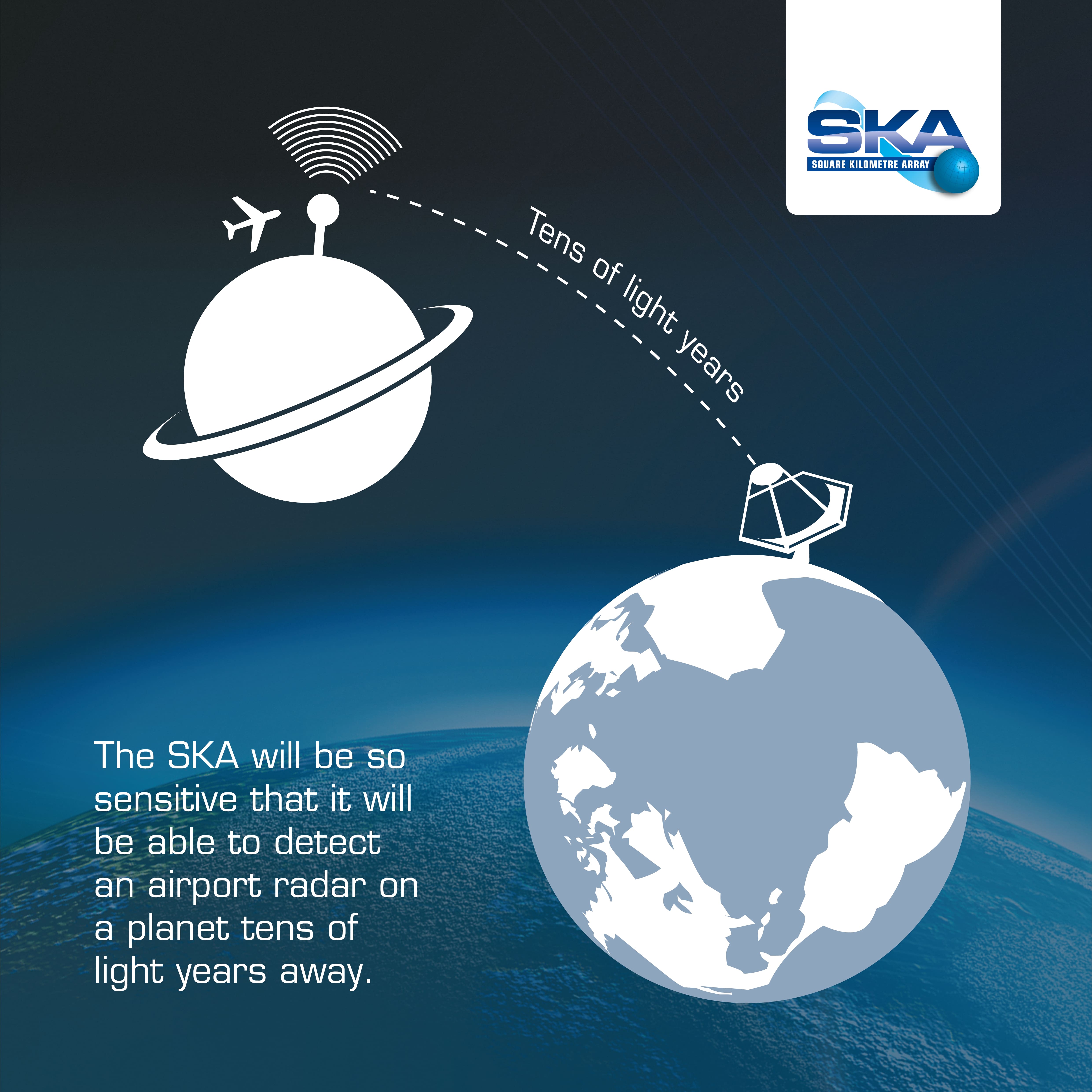 He said it might seem like a piece of paper, but it is the commitment from governments to provide funding that is key.

“It makes the project more real than it ever has been before.”

The treaty was signed on behalf of South Africa by Mmamoloko Kubayi-Ngubane, Minister of Science and Technology, who said:

“What makes this particularly unique is the fact that for the first time, Africa, Asia, Australasia and Europe committed on an inter-governmental level to collaborate on a large-scale science project as equal partners. This represents the start of a new era for global science governance.” DM