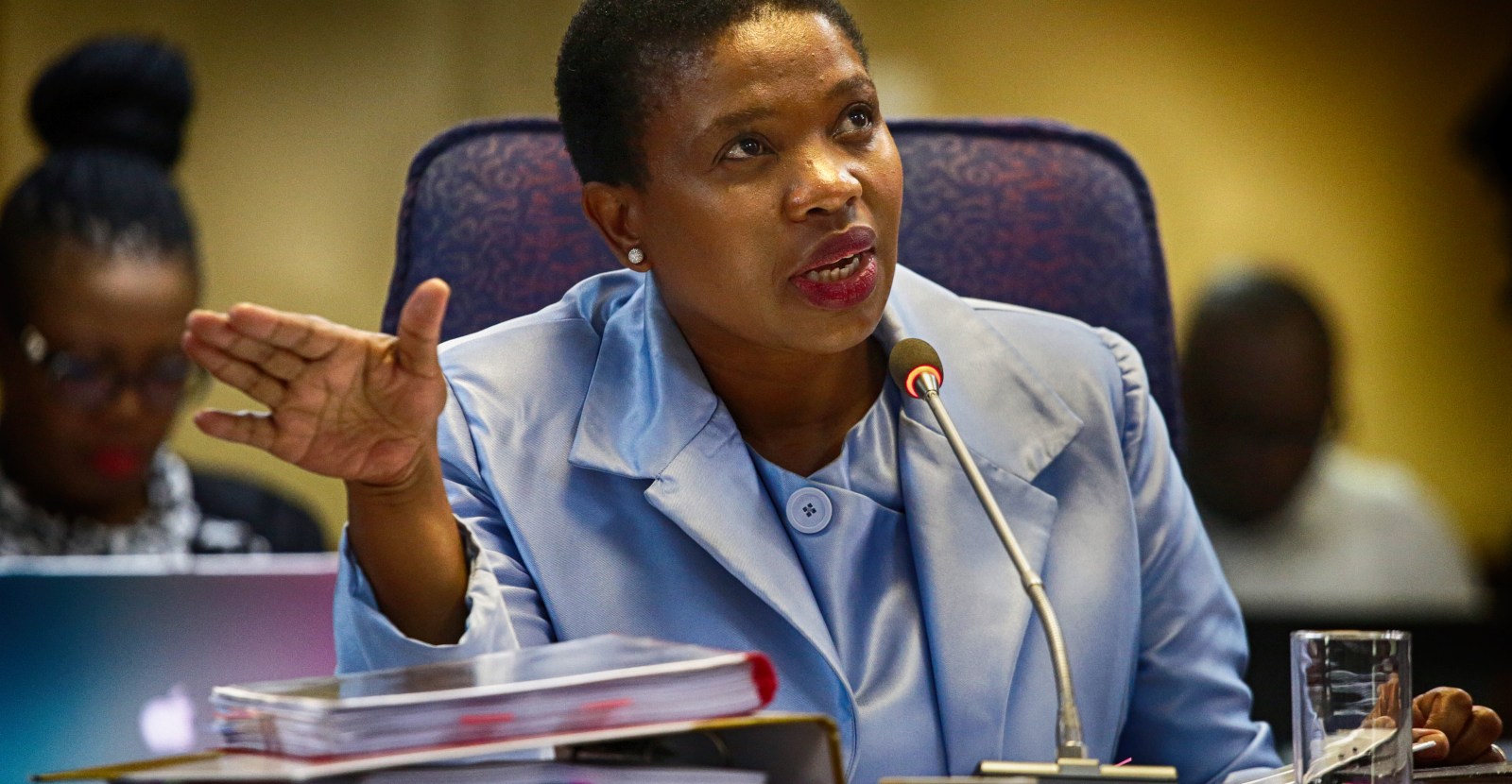 The Mokgoro inquiry to determine whether Nomgcobo Jiba and Lawrence Mrwebi are fit to hold office at the National Prosecuting Authority heard how at multiple points in Jiba’s career at the NPA she survived scandals, suspensions and dismissal through prosecutorial interference in high-profile cases such as the Booysen racketeering case.

Of particular interest to evidence leader, Nazreen Bawa, on Monday was Jiba’s part in instituting racketeering charges against Booysen after she had been appointed acting NPA head in 2012. Jiba denied emphatically that the former KwaZulu-Natal Hawks boss was prosecuted to remove him from sensitive political investigations.

Booysen was accused of racketeering and being the handler of the “Cato Manor death squad” — an alleged organised crime unit in KwaZulu-Natal which carried out political killings.

According to Jiba, based on section 21 (f) of the Prevention of Organised Crimes Act, Booysen did not have to be at the scene of murders for racketeering charges to be laid, as long as there was evidence that he was in charge of the “functions of controlling and directing and managing the serious violent crime unit in Cator Manor”.

Booysen testified during the third week of the inquiry that the charges brought against him were baseless and meant to frustrate his investigation into financial irregularities amounting to R60-million in a contract between the South African Police Services and a Durban businessman during the 2010 Fifa World Cup.

Although the “Cator Manor death squad” has since grown in prominence, the racketeering charges have been viewed as a conspiracy to protect politically connected individuals. The inquiry is seeking to determine Jiba’s fitness to hold office through her actions in this case.

In 2008, Jiba found herself in a similar situation when she was suspended for 20 months by then acting NPA head Mokotedi Mpshe for drafting a memo to help frustrate the prosecution of Selebi.

It was reported that Jiba helped Selebi detain Gerrie Nel, the lead prosecutor in his case, in a police cell without bail. Jiba is reported to have borne a grudge against Nel for prosecuting her husband for financial misappropriation at his former law firm.

It was also revealed by Bawa during the cross-examination that Jiba’s woes ended when then Minister of Justice Jeff Radebe lifted her suspension and ordered Mpshe to reach a settlement with her — the terms of which are unknown.

Less than a year later Jiba was promoted to acting head of the NPA where she played a part in supporting Mrwebi in his decision to halt the prosecution of Mdluli.

During the inquiry, former NPA prosecutor Glynnis Breytenbach testified that Jiba suspended her for challenging Jiba’s decision to drop the charges against Mdluli when there was a prima facie case to prosecute.

Jiba’s survival at the NPA has been astonishing in the light of continuous allegations against her of interfering in cases.

However, after pursuing the Booysen case, Jiba was later charged with perjury and fraud and put on special leave for instituting racketeering charges without following due NPA process.

Although former NPA head Shaun Abrahams withdrew the charges, Jiba and Mrwebi were in 2016 struck off the role of advocates, a court decision against which they later appealed.

The Mokgoro inquiry continues on Tuesday. Jiba will be cross-examined by Bawa as the panel hears of conspiracies and counter-conspiracies by and against members of the NPA. DM