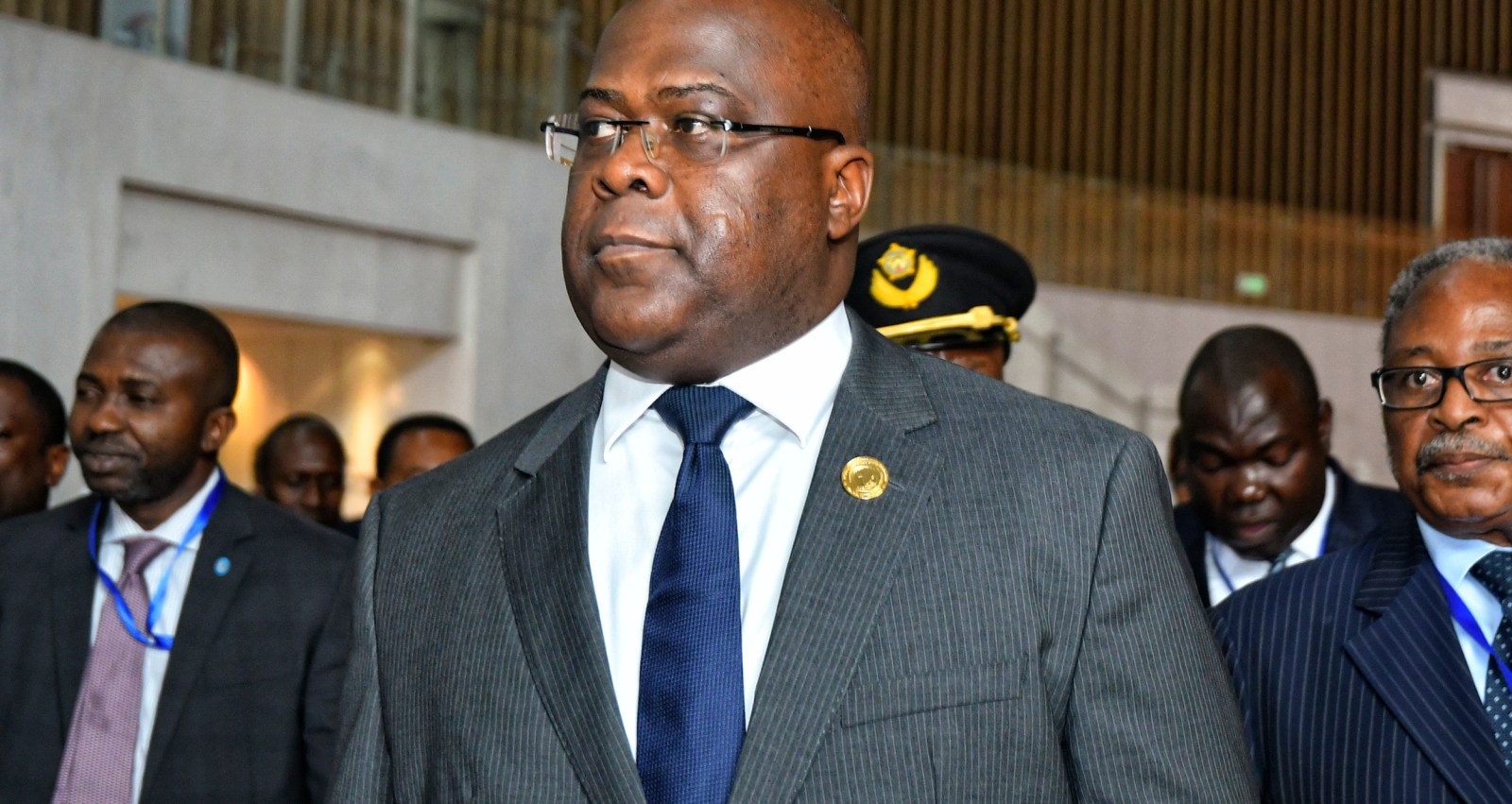 Newly elected DRC president Felix Tshisekedi spent more than half of his five-minute maiden speech at the recent African Union heads of state summit thanking the continental body’s big men for welcoming him into the fold. The former opposition leader has much to be grateful for.

For now, peace over democracy seems to have been the call African Union leaders made in assessing whether the recent elections in the Democratic Republic of Congo were a true expression of the will of the people. President Cyril Ramaphosa himself, when asked whether he thought the results announced by the DRC’s electoral commission, CENI, on 10 January were an accurate reflection of the will of the people, couldn’t answer with a simple “yes” or “no”.

Felix Tshisekedi was declared the winner of the 30 December ballot with 38.5% of the vote, against Martin Fayulu’s 34.8%. There was no breakdown of polling stations to explain how CENI had arrived at these percentages.

(Daily Maverick and UK’s Financial Times published what appears to be the real results of DRC elections – showing that Fayulu won with 58.4 percent, with Tshisekedi managing only 18.9 percent – Ed)

Instead, Ramaphosa told Daily Maverick, shortly after his one-on-one with Tshisekedi in the Sheraton Hotel in Addis Ababa on Monday:

He added the usual South African position about how it would not be right to interfere in the affairs of a sovereign state. He also implied the CENI results were the best the DRC had.

The DRC is a vast country that presents a number of problems for anyone wanting to organise elections, with an Ebola outbreak, violence in some areas, and a distrust of the voting machines used for the first time in December being among those.

Tshisekedi, together with newly elected Madagascar president Andry Rajoelina, made his maiden speech during the opening of the 32nd AU heads of state summit on Sunday in which he invoked the DRC’s first president, Patrice Lumumba, and called for a return to the rule of law in the country following these elections. He also said the DRC should control its own resources with co-operation but no exploitation from outside the country.

His speech was met with polite applause in the meeting chamber. It wasn’t nearly as enthusiastic as the applause Zimbabwean president Emmerson Mnangagwa received in 2018 after he forced out his long-serving predecessor, Robert Mugabe, or as rousing as the claps for former football star, now Liberian president, George Weah.

Tshisekedi also made a speech during Kenyan president Uhuru Kenyatta’s special breakfast on Monday morning, to remember the slave trade that started 400 years ago, that was, according to those who attended, “off the cuff and warmly received”. Kenyatta was, incidentally, the only head of state who personally attended Tshisekedi’s inauguration in January, and State House in Nairobi was the first official visit Tshisekedi made in his new position.

Tshisekedi even had a tête-à-tête with Rwandan president Paul Kagame after what some diplomats believed was initial unease from Kagame’s side. He was apparently the one who pushed for a high-level consultative meeting between leaders from the Southern African Development Community and the AU a week after the announcement of the provisional results to call for a suspension of the results, to give a high-level AU delegation some chance “to interact with all Congolese stakeholders, with the view to reaching a consensus on a way out of the post-electoral crisis in the country”.

Not everyone believed the consultative meeting had the authority to make decisions like that, or that it was within the AU’s rules for neighbouring countries to interfere in their neighbour’s electoral affairs, and SADC, for one, didn’t blink when the country’s court ignored the AU statement and confirmed victory for Tshisekedi overnight. If there were any hard feelings between Tshisekedi and his neighbour Kagame, these were smoothed out by Monday. The two heads of state, in a meeting that lasted nearly two hours. “reviewed the issues of good neighbourliness and open cooperation between their states”, the joint statement read.

Tshisekedi also addressed a Southern African Development Community meeting at the Marriott in Addis on Saturday night before the summit, attended by heads of state accompanied by two to three officials each. Apart from that, Tshisekedi met Teodoro Obiang Nguema from Equatorial-Guinea and Alpha Condé from Guinea.

The final validation came from a meeting with the European Union’s head of diplomacy, Frederica Mogherini, in which it was agreed that the EU’s ambassador to Kinshasa, Bart Ouvry, could return after he was expelled by Kabila in December before the elections. The EU wasn’t happy with the run-up to the elections and announced renewed sanctions against high-level Congolese officials, including Kabila.

Not much, however, came from Fayulu’s recent letter to heads of state at the AU summit, proposing a restaging of the poll in six months’ time. Fayulu re-stated earlier allegations from his side that the vote result had been rigged.

It’s of mutual benefit for the two to work together, given that in parliament, Kabila’s party still held the reins. In the parliamentary and presidential results, the pro-Kabila Front for Congo (FCC) won 337 seats, while Fayulu’s opposition Lamuka got 102 seats. Tshisekedi’s Heading for Change bloc won only 46 seats. This highly unusual discrepancy between the results was explained to other African officials as having been due to a revolt in Kabila’s party, after he imposed a relatively junior lightweight, Emmanuel Shadary, as the presidential candidate to replace him. The constituency candidates for the pro-Kabila Joint Front for Congo were said to have told voters to vote for them, but for anyone else as president.

Peace, however, seemed of paramount importance. South African international relations and co-operation minister Lindiwe Sisulu told the SABC’s Sophie Mokoena in an interview that “despite all the problems associated” with the DRC voting process, “it was a real first”.

In the two most recent elections, there was violence, but this time “it was a very safe environment, before the elections and post the elections, and we counted that as a success for us”.

There would be no government of national unity, Sisulu said, but there were calls for Tshisekedi to “craft an arrangement to ensure everyone is included”. This, an official said, would mean that some of Fayulu’s associates would be included in such a government, even if Fayulu himself decided not to.

“The first prize is peace for us. There is peace in the DRC, and we must emphasise that,” Sisulu said.

“We must ensure to retain the peace that there is. There were a lot of people who were unhappy. But we are hoping that with time, when they see there is a peaceful arrangement in the DRC, they will go back and look forward to a much more settled environment.”

In the short run, this could be a good way to keep the peace, but observers like Mo Ibrahim have warned that, although this arrangement would see peace in the short term, Tshisekedi’s new government would lack genuine legitimacy, and risked repeated challenges to its authority in future. DM