Expropriation without compensation: A gaping chasm 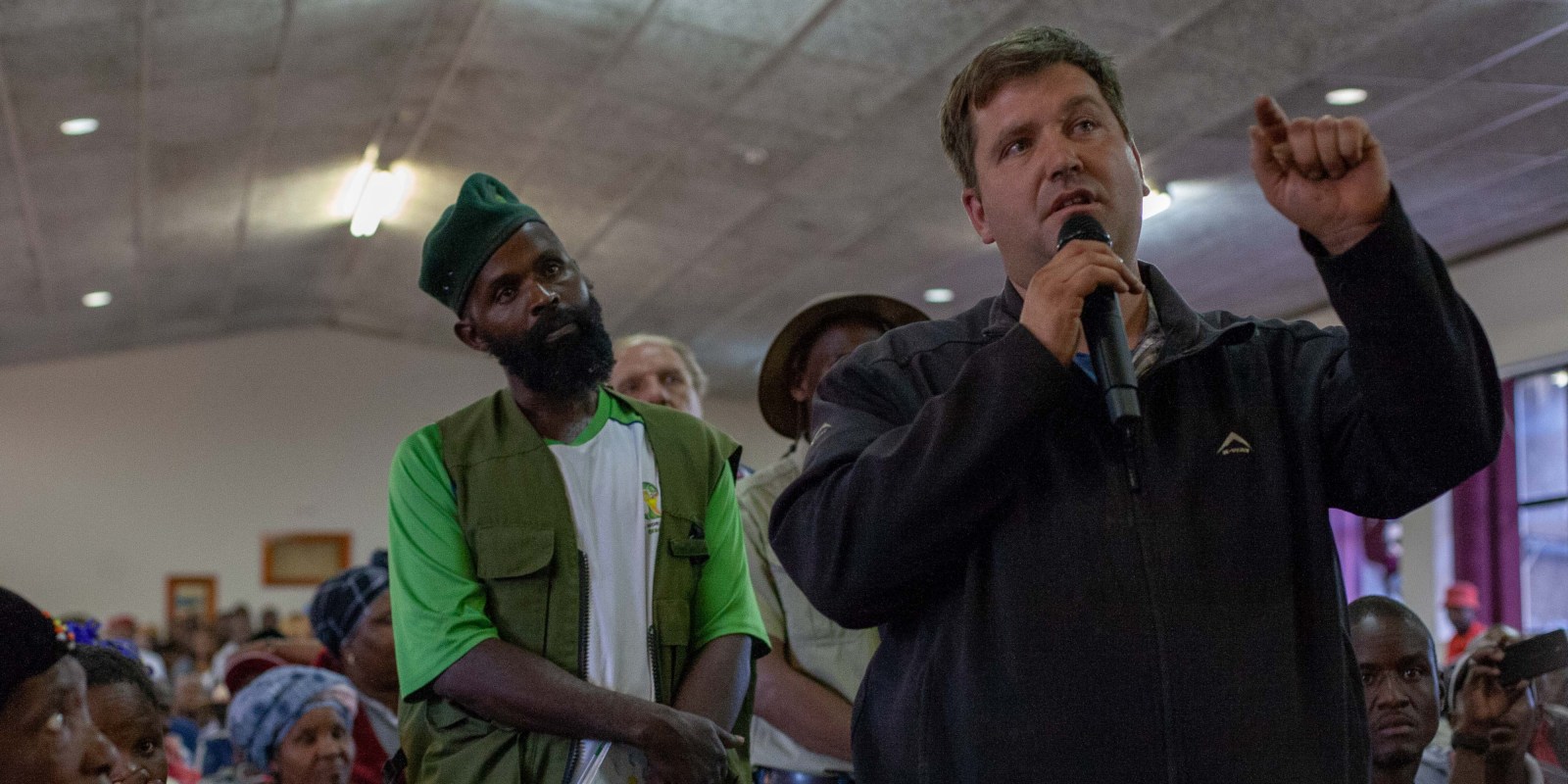 How do you build a national conversation about the most pressing issue to face the country when the ideological worldviews of two major constituencies are so vastly disparate?

One of the incredible difficulties of discussing expropriation without compensation is the huge breadth in belief.

It is not just that people disagree on what should happen, it is that they define issues like “value” completely differently – and various views will have merit. An important constituency in the debate is the group of people who produce most of the country’s food, SA’s farmers. They are represented by Agri SA.

Agri SA CEO Omri van Zyl says that so far the debate has not had a direct impact on the amount of food being produced, but it has had an impact on the confidence of investors. This means that the entire (if you’ll excuse the phrase) food chain can be affected.

Thus farmers, workers, people in the agribusiness chain, those who sell farm equipment, those who provide services on farms – all could be affected if levels of uncertainty rise, or aren’t dealt with.

Van Zyl says that if this is handled badly, “it has the potential to cripple the entire Southern African region” when it comes to food production.

“We don’t just feed the people in this country, we feed people in neighbouring countries, up to Malawi. In any supermarket in Zambia, it’s SA produce that is being sold there. There is a geopolitical risk to this uncertainty as well.”

As Van Zyl points out, SA farmers compete with the industrialised farming sectors of the US, New Zealand and the UK. So SA’s food exports could be affected by the way this debate is handled.

For Van Zyl, land is about economic value, and there are important lessons from what has happened in other countries.

“Other African countries have nationalised land. As a result, they’ve destroyed the collateral value of the land. You can go to the DRC (Democratic Republic of Congo) and get thousands of hectares for nothing. But no one wants to insure it or finance it, because it ’s not worth anything. That’s why it’s so important that we don’t mess with the collateral value of any asset class.”

But contrast that view with the view of Zolani Mkiva, secretary-general of the Congress of Traditional Leaders of SA (Contralesa), and you have a sense of how the land debate is so much deeper than a discussion about hectares of soil.

Mkiva sees “value” differently. “When our land was taken away from the African majority, it had a value that was priceless,” he says.

“What has happened since colonisation [is that] the land was taken over, other land lost value, while other land was given value by foreign instruments.

“It is that segregation that creates a problematic analysis when it comes to valuation and devaluation.”

He speaks about the financial value assigned to land as a value “based on the subjectiveness of commercial entities that dictate terms by using an imperial finance system”.

The financial value of this land, he says, “negates the historical, traditional and spiritual value that the land has”. He also sees arguments about the financial “value” of land “as a ploy to delay what we want to do –we see that as part and parcel of a trick to ensure land is not given back to us, to delay it or maintain the status quo”.

Mkiva isn’t alone in this belief. This explains why Contralesa was happy to break bread with the EFF on how land should be owned. The two organisations have deeply contrasting ideas about authority and behaviour. Yet they held a joint press conference last year to announce that they agree land should be owned only by the state – in other words, nationalised.

He also warns that this issue “can lead to unprecedented conflict [in] our society. We should rather solve it right now before our children start another revolution which will not end with a negotiation”.

He uses the weight of history when he urges people to “act in the spirit of Nelson Mandela” to resolve this issue. “They [white people] are sitting with the bulk of the land, and they’re the minority, they are people of European origin. African people are beggars and the poorest of the poor in their own land.”

These two points of view – Mkiva’s and Van Zyl’s – seem irreconcilable. It is not just that the two constituencies disagree on what should happen, it’s that their world views are so incredibly different.

This is the problem the ANC has to manage. It may well explain why it is so careful to include all points of view in its land policy. But Ronald Lamola, who is leading the party’s processes on the land issue, is not that worried that this could become an insoluble problem.

He says the party has already done what it can to include all points of view. “This is why we have allowed the process of constitutional review and consultation, to get as many views as possible. The end result may not be what everyone wants, but it brings us closer to what we want – that ’s why we are handling it so carefully so that we don’t affect the true value of the land.”

Lamola is also mindful that “we must not damage social cohesion”, and argues that the land debate must act as a force that “bring s us all together”.

But either way, change is coming. “It’s not sustainable to have the current ownership patterns, so we must all agree that this can be resolved,” he says. DM

This article was also published on Thursday by Financial Mail.