A message to Armscor: Come clean about apartheid secrets and help save R8bn 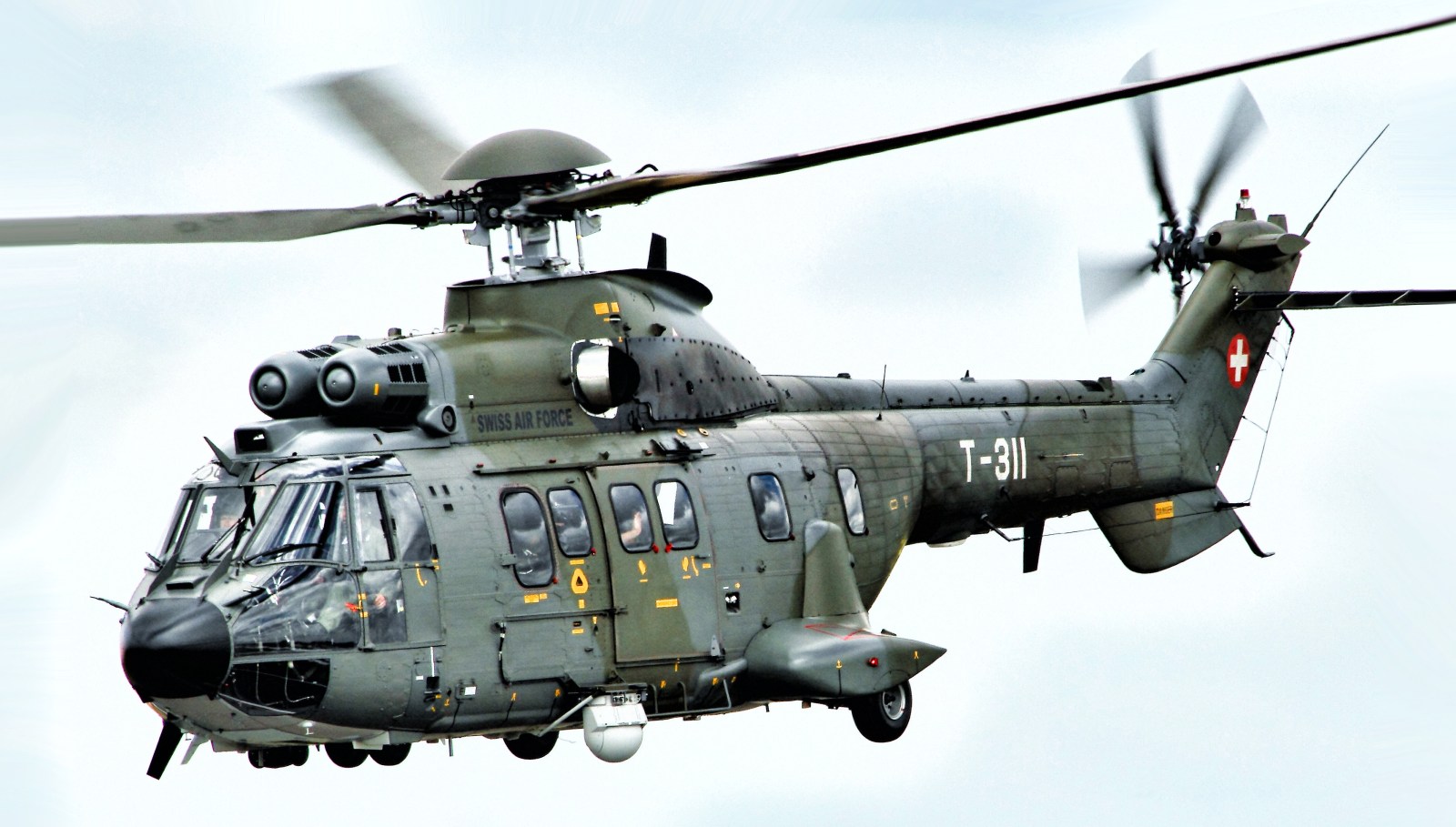 A large shipment of 50 ‘Super Puma’ helicopter ‘kits’, sent to South Africa from French arms company Aerospatiale via Portugal, was typical of apartheid-era covert sanctions-busting deals. Now that news has broken that a Portuguese arms trader wants his R8bn commission for the deal, isn’t it about time to free the apartheid archive, open the window into a sordid and criminal past and help dismantle the shadowy networks that facilitate international economic crimes?

Last week news broke that a Portuguese arms trader who helped the apartheid regime violate United Nations weapons sanctions has approached South Africa’s courts as part of his strategy to claim commission on the deal. Jorge Pinhol wants a staggering R8-billion ($600-million) from state-owned arms company Armscor. He claims this is the value of the 10% commission that Armscor allegedly failed to pay him for facilitating a covert deal to procure helicopters for the South African Air Force in the late 1980s.

The application in the Pretoria High Court by Pinhol’s company Beverly Securities Limited (BSL) seeks to compel the Auditor-General to disclose apartheid-era records that Pinhol’s international lawyers allege provide evidence of Armscor’s agreement to pay Pinhol for the illicit deal.

It is just the latest in a range of tactics used by Pinhol’s expensive legal team, funded by billionaire Canadian John Risley. Many people stand to make a profit if Pinhol is successful. The group’s efforts have often been more clandestine, including extensive lobbying of former president Jacob Zuma to intervene in the case to obtain Pinhol a favourable settlement.

Open Secrets has written before about how this covert plot was very nearly successful.

If this attempt to obtain the documents from the Auditor-General is successful, Pinhol’s team plans to present them in a Lisbon civil court where the litigation against Armscor began in 2008. Their legal papers also reveal their strategy in both jurisdictions to avoid difficult questions about the nature of the deal and Pinhol’s complicity with a regime that constituted a crime against humanity. They argue that the highly secretive deal was simply for “search and rescue helicopters” with no military purpose, and thus did not violate the UN embargo.

The evidence, however, shows that the large shipment of 50 “Super Puma” helicopter “kits”, sent from French arms company Aerospatiale via Portugal, was typical of the covert sanctions-busting deals of the time. For one, the method of payment through Armscor’s secret Luxembourg bank accounts (including apparently lucrative commissions to middlemen) and the insistence on obscuring the trade by sending the helicopters via Portugal are quintessential of Armscor’s modus operandi in this period.

Further, the procurement was part of the South African Air Force’s attempts from the mid-1980s to develop their combat helicopters. The Pumas ultimately became the Oryx, and the SANDF still uses these for troop transport today.

It is distasteful to contemplate Armscor, a state-owned entity in democratic South Africa, repaying an arms trader for setting up a covert deal that violated the compulsory UN arms embargo during apartheid. Not only because no one should profit from being complicit in a grave international crime, but because ordinary South Africans would inevitably end up footing the bill. In fact, we already have. Armscor has already incurred around R25-million in legal fees and costs defending this claim. South Africa pays apartheid’s debts continuously, but this is one that we can avoid.

The added frustration kicks in when considering that while the injustice, in this case, is obvious, one does not hear this from Armscor. We should expect Armscor to come out strongly with the argument made above — that regardless of what their agreement with Pinhol was during apartheid, it was made in contravention of international law and as part of a sophisticated criminal enterprise to violate the arms embargo — and thus any payment should be void. Instead, all indications are that Armscor prefers to defend this matter quietly and quibble over the nature of the agreement with Pinhol.

This is because Armscor, like so many South African institutions, has failed to grapple with its true history and commit to being transparent about its role in apartheid’s crimes. It is true that like other state institutions, Armscor destroyed records in the transition to democracy. Yet it is also true that a vast archive still exists.

However, Open Secrets’ interactions with them since 2012, using the Promotion of Access to Information Act (PAIA), have revealed an institution still deeply committed to keeping apartheid’s secrets. With regard to the documents that remain, Armscor officials have either claimed that electronic databases are not accessible (even to them) or have released documents that are redacted to the point of being meaningless. Armscor’s censors proved stricter than even those at Military Intelligence.

As is detailed elsewhere by Open Secrets, Armscor sat at the centre of apartheid’s criminal economy. Through a secret office in South Africa’s embassy in Paris, Armscor officials ran hundreds of secret European bank accounts attached in turn to hundreds of front companies in Panama and Liberia.

This secret money laundering machine, predominantly set up and housed by Kredietbank Luxembourg, was used to purchase hundreds of billions of rand (current value) in weapons in contravention of the embargo and to keep the regime alive. Pinhol’s transaction was just one of many that used this system.

There is, no doubt, much more to know about these transactions and the criminal networks that profited off backing apartheid. The sheer number of Open Secrets PAIA requests related to apartheid-era economic crimes that have been denied is a testament to this. Yet in a context where South African state institutions continue to guard apartheid records, the national conversation and understanding of these networks and the deep history of economic crime remain sorely underdeveloped.

Worse still, individuals like Pinhol and his backers take advantage of these gaps to try to profit from his complicity with the regime. It is reminiscent of the way in which European arms companies that had illegally supplied the apartheid state for decades, and made the vast profit as a result, were the first in line to corrupt South African politicians in the 1999 arms deal, ensuring that the cash kept flowing. The shadowy networks, left uninterrogated and undisturbed, profited from allegiances with new elites.

This episode is a reminder to South African civil society to redouble its efforts to free the apartheid archive and open up this window into a sordid and criminal past.

This is not only important to fulfil the fundamental right to truth of all South Africans, but it would contribute to a fuller understanding and dismantling of the shadow networks that facilitate economic crimes. It’s also an important step in ensuring that the recurring cycle of these crimes can be halted. DM

Michael Marchant is a researcher at Open Secrets.