Questions and answers about the National Minimum Wage 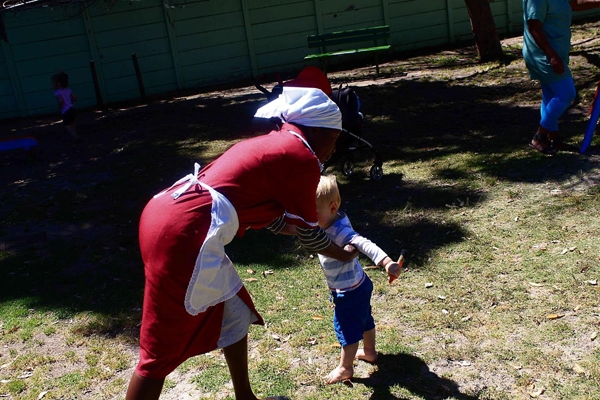 Domestic worker unions and the Socio-Economic Rights Institute of South Africa are concerned that the Compensation Fund has not given domestic workers sufficient time to lodge claims for work-related injuries, diseases and death sustained while on duty during the last 27 years. (Archive photo: Masixole Feni)

This is what every employer and employee needs to know.

On 27 November, President Cyril Ramaphosa signed the National Minimum Wage act. This was a significant moment for workers, because while certain vulnerable employees in, for example, the farming, hospitality and domestic work sectors have had sector-specific minimum wage standards, this is the first time that a universal minimum wage is a reality in South Africa.

We answer a few important questions about the new act.

1. What is the national minimum wage in terms of the act?

The act provides that the minimum wage will be determined regularly by the Minister of Labour. The minister has determined that the initial minimum wage is set at R20 per hour. Based on that hourly rate and the Basic Conditions of Employment act, the weekly and monthly wage can be calculated on the ordinary hours of work of an employee. For full-time employees, that means no more than 45 hours a week (before overtime kicks in) and sets the minimum wage at R900 a week.

2. To whom does the act apply?

The act applies to all workers in South Africa, except for employees of the National Defence Force, the National Intelligence Agency and the South African Secret Service, and volunteers. But there are also important exceptions for three other groups of workers who have their own minimum wage standard: farm workers, domestic workers and people employed on the expanded public works programmes of government. These workers remain on lower minimum wage standards. Farm workers are now entitled to a minimum hourly wage of R18, domestic workers to R15 an hour and expanded works employees to R11 an hour.

The act also sets minimum standards for people who are on learnerships and who have entered into agreements with an employer to provide them training as an intern or learner for a certain amount of time. Based on the level of the learnership in terms of the National Qualifications Framework, the act sets minimum weekly allowances for such learners.

3. What is included in the wage?

The minimum wage of R20 an hour is what a worker must receive in cash. It cannot include benefits such as transport, meals or accommodation allowances unless the Minister makes a determination that such benefits may be included in the minimum wage for a specific group of workers. The minimum wage can also not include any tips or bonuses a worker receives.

4. Can an employer and employee agree to a lesser wage?

5. Can any employer be exempted from paying the minimum wage?

Yes. Employers can apply for an exemption for a specific period of time, but it cannot be for longer than a year. It is not clear on what basis such exemptions will be granted yet, as the minister must still make regulations to clarify when an exemption may be granted.

6. What happens to an employer who pays below the minimum wage?

The minister must still publish guidelines to help with the determination of these fines.

7. How will the minimum wage be determined in future?

The act creates a National Minimum Wage Commission made up of equal representatives from business, labour, “organised community” and independent experts. The commission must review the minimum wage every year and determine whether it is having the desired effect on the alleviation of poverty and the reduction of inequality in wages taking into account inflation, the cost of living, productivity and the impact it is having on employers, among other things. The commission must write a report to the minister and the President every year based on their consideration of these factors and must also include the views of the public in their report.

The minister must determine the adjustment to the minimum wage amount every year based on this report.

The act provides, however, that the first review of the new minimum wage must only happen after two years (on 1 January 2021).

8. What else should workers know?

9. When does the new minimum wage come into effect?

The President has announced that the act and the new minimum wage will come into effect on 1 January 2019. DM

Primary image caption: The minimum wage for domestic workers will be R15 per hour from 1 January. For most other workers it will be R20 per hour. Photo: Masixole Feni