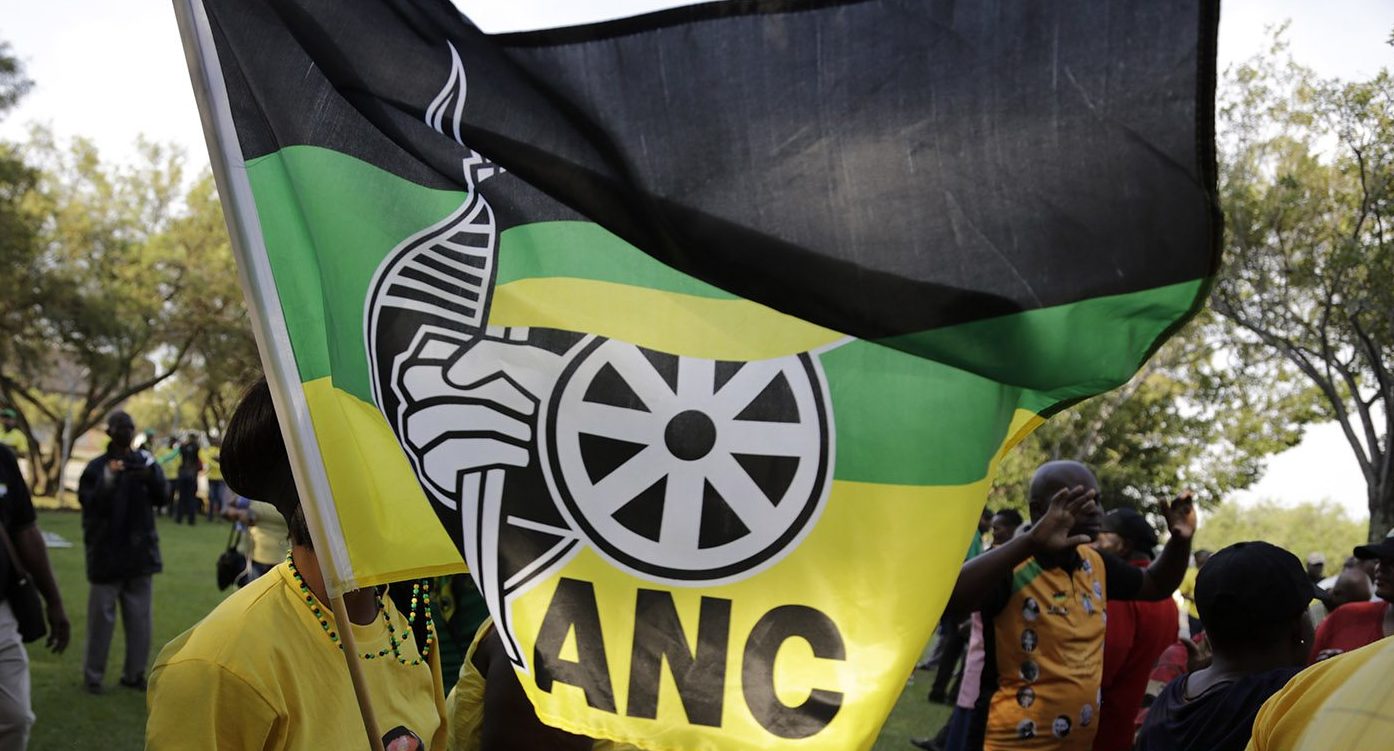 There were five competitive wards contested in the latest round of by-elections. The African National Congress (ANC) had to defend the two most marginal of those five competitive wards. They not only defended them, but took two wards off the Democratic Alliance (DA) and a ward off the IFP. It was a remarkable night for the ANC.

Cederberg is a DA controlled municipality in the Western Cape. Its principal towns are Citrusdal and Clanwilliam. Ward 4 is a rural ward in the potato capital of the Western Cape. It lies along the R364 road which links Citrusdal with Lamberts Bay. Most voters in the ward reside in Graafwater. The incumbent councillor Jimmy Barnard ran for the African Christian Democratic Party (ACDP). The DA had to win the by-election to ensure continued outright control.

The DA got over two thirds of the vote in this ward in 2016. The ANC came second, over 40% points behind the DA. In a stunning upset, the ANC was able to win the ward from the DA. They did so, by flipping the Graafwater voting district. They won the largest voting district by over 280 votes, getting 51% of the vote while the DA could only get 32%, and the ACDP got 15%. In 2016, the DA got 510 more votes than the ANC in the district, getting 64% of the vote, compared to the ANC’s 28%. This is where the by-election was won and lost. The ANC was also able to win the JP Visser Hall voting district off the DA. It is a smaller district, but the swing must be noted. In 2016, the DA got 86% of the vote, compared to the ANC’s 12%, seeing them carry the district by over 200 votes. On Wednesday night, the ANC got 47% of the vote compared to 44%, as they got 9 more votes than the DA.

In what might be a harbinger of things to come for the DA in the Western Cape, the former DA councillor was able to get 13% of the vote in the ward. He certainly drew DA voters away from the DA yesterday, his 13% could have made the difference between the DA losing the ward and holding onto the ward. There was not only a massive swing away from the DA to the ANC, but at the same time the DA had to contend with a former party man in ACDP colours. Turn-out was  59% compared to 63% in 2016.

The DA loses its outright control of Cederberg and might well end up losing the council to the ANC. The new council composition is DA 5(6) ANC 5 (4) AODC 1.

Local party AODC’s Francina Sokuyeka will hold the balance of power and determine whether the DA holds on or loses power in the Cederberg.

Matzikama is a DA-controlled municipality in the West Coast District of the Western Cape. Its principal towns are Vredendal and Klawer. The municipality has had a lot of political turbulence. It has had 2 DA Mayors and an ANC mayor in the space of a year. Ward 6’s biggest pool of voters is around Klawer, with the DA stronghold being in the town of Klawer and the small town of Trawal, while the ANC runs up the numbers in Klawer North. There is also a small rural voting district around the Vredehoek school area. The DA had to win the by-election to ensure continued control of the council.

This by-election shows how every single vote counts as the ANC won by a mere 18 votes. It might have been a narrow win, but the impact will be decisive as the DA will lose control of this municipality.

The ANC won in Matzikama by winning the Klawer Community Hall voting district off the ANC, and most importantly ran up the numbers in their Klawer North stronghold, with the DA being unable to do so in their strongholds around the Klawer Primary School district and Trawal.

The new Matzikama council composition is DA 7 (8) ANC 6 (5) EFF 1 United Democrats 1. Hennie Nel from the ANC should become the new mayor of Matzikama. David Jenner is the councillor for the United Democrats. He is the brother of the former provincial Independent Democrats (ID) leader, Sakkie Jenner. They have strong links to Matzikama politics. We know the EFF will back the ANC candidate for Mayor. David Jenner is the kingmaker and is expected to back the ANC.

The IFP control Mtubatuba with the support of the DA. It is in the uMkhanyakude District of the province. Mtubatuba is the principal town in the Mtubatuba municipality. Ward 12 is centred around the village of Shikishela.

On Wednesday night the ANC ran up the numbers at Nkosane High, increasing the 110 vote 2016 majority to just under 800 votes. A remarkable surge by the ANC. The IFP could only win Bhelebane Primary by 378 votes, well down from the 500 vote plus majority in 2016. The IFP also lost the other smaller voting districts to the ANC.

The new Mtubatuba council composition is IFP 18 (19)+ DA 2 + EFF 1 vs ANC 18 (17) + AIC 1. The IFP and DA can no longer govern without outside support of EFF in Mtubatuba. If EFF worked with ANC+AIC, the council would be deadlocked at 20 seats each.

Alfred Duma is a new municipality which was formed after the 2016 local government elections when there was a merger between Emnambithi/Ladysmith and Indaka municipalities. The principal towns in the municipality are Ladysmith and Colenso. It sits in the uThukela District.

Ward 23 is a rural ward around Matiwane, which is north of Ladysmith.

The ANC only won by 269 votes in 2016. They carried four out of the five voting districts in the ward, but the largest voting district-Jononoskop School was carried by the IFP.

The IFP were able to grow in every voting district, bar the district they won in 2016. If they were able to replicate their 2016 showing in Jononoskop they would have won the ward. The ANC must have focused on this district as it is the most vote rich in the ward. This aided them in holding on to the ward.

Ramotshere Moiloa is a North West municipality. Its principal town is Zeerust. Part of the municipality borders Botswana. It is part of the Ngaka Modiri Molema district.

Ward 16 includes parts of Zeerust, Khunotswana and a small rural district. In 2016 the ANC won the ward by under 100 votes. On the proportional ballot, the DA received 36% of the vote, and the ANC got 26% of the vote. This ward was a prime pickup opportunity for the DA. The DA’s chances of winning the ward from the ANC were boosted by the fact that the Vryheids Front Plus (VF+) decided to not contest here yesterday. In 2016, they got 13% of the ward vote and 14% of the proportional vote. What did not assist the DA was the fact that Independent candidate Donovan Cordier decided to run again. In 2016 he got 10% of the ward vote.

The DA fell well short of taking this ward off the ANC. The EFF came very close to beating them for second place. While turn-out was at 57% in Khunotswana. It was only 20% and 25% in the two Zeerust voting districts. In 2016 the DA won the largest voting district-Zeerust Town Hall by 64 votes, last night the ANC prevailed here by 28 votes.

The EFF beat the ANC in Khunotswana by 18 votes getting 207 votes compared to the ANC’s 189 votes. Crucially for the ANC, there 189 votes in Khunotswana was 175 more votes than what the DA got.

VF+ voters stayed away yesterday. They did not vote for the DA. While turn-out was well down from 2016 (51%), at 28%. The turn-out was especially down in the traditional DA districts. This allowed the ANC to win the ward by 209 votes, over the 96 vote majority in 2016.

This was the second by-election of the day in Ramotshere Moiloa and the ANC had a convincing win. The EFF got diminished returns and the Forum 4 Service Delivery (F4SD) struggled.

These two results in Ramotshere Moiloa are great results for the ANC in a province which has been tricky for the party in 2018.

Ward 19 is in Winterveldt on the edge of Tshwane, close to the border of the North West province.

While the ANC had a comfortable hold, this was their most disappointing result of the night. They won every voting district but had decreased returns in all the districts. The EFF doubled their vote percentage in the ward. This was a good result for them, considering the low turn-out.

Saldanha Bay is a DA controlled municipality in the Western Cape. It is part of the West Coast District. The ward includes parts of Saldanha Bay and the village of Jacobsbaai.

This was the DA’s best result of the night. They were able to increase their majority in the ward. The result was the only bit of West Coast good news for them.

Mogalakwena is an ANC controlled municipality in Limpopo. Its principal town is Mokopane. It is in the Waterberg District. This is a rural ward which is in the Bakenberg area and includes villages like Haakdoring and Mosate.

In 2016, an independent candidate, community leader September Majadibody got 36% of the vote on the ward ballot and gave the ANC a real fright, as they got under 50% of the ward vote. The ANC recruited him for this by-election and the ANC was able to slightly improve upon their showing on the proportional ballot. The EFF also had good growth here.

The ANC could not have asked for a better end to the by-election year. They have picked up three seats on a most rewarding night for them. They will be taking back Matzikama, a real chance of taking over Cederberg and have recreated the 2016 council composition in Mtubatuba.

The ANC also had great returns in Ramotshere Moiloa in the North West. They increased their majority in two wards there. The North West has been a difficult province for them in 2019.

The main focus for the EFF was always going to be the northern wards of Tshwane, Ramotshere Moiloa in the North West and Mogalakwena in Limpopo. They will be happy with the results in Tshwane and Khunotswana in Ward 16 in Ramotshere Moiloa.

The IFP could not put a foot wrong in Northern KZN in 2018. The Mtubatuba loss will be of great concern to the party. This has dented a steady momentum. The relative gains in Alfred Duma will give them some hope.

This concludes the by-election calendar for 2018. By-elections will resume on 8 January 2019. DM

The coronavirus, economic risk and predicting the unpredictable

Jessica Bezuidenhout for Scorpio
Save 5 mins