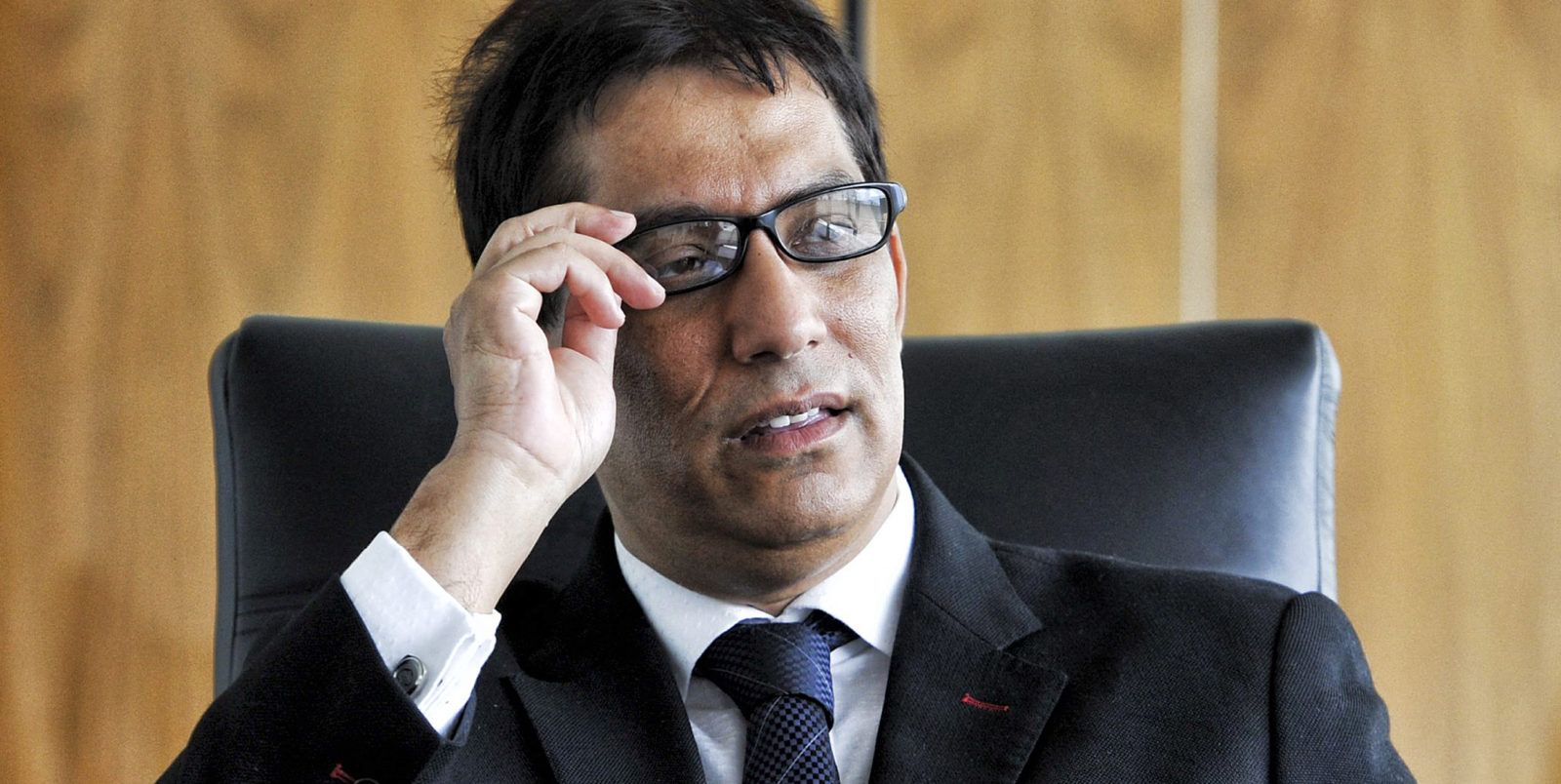 R1-billion had to be written off in relation to PIC non-performing investments in Iqbal Surve-controlled Independent Media. (Photo by Gallo Images / Foto24 / Lerato Maduna)

The Public Investment Corporation (PIC) is rid of two executives and has moved to debar them for having failed to inform it of the looting at VBS Mutual Bank. Not quite what happened at Steinhoff, another PIC investment, although the PIC is part of a class action suit.

This emerged in Thursday’s briefing to Parliament’s watchdog on government spending, the Standing Committee on Public Accounts (Scopa). MPs also heard that with R183-billion invested in State-owned Entities, more than half that in the troubled power utility Eskom, the PIC is re-assessing its risk there.

The Public Investment Corporation (PIC) – the state-owned asset manager that controls some R2-trillion in government workers’ pensions and social savings – came with a 14-strong delegation of board directors and executives to the after-hours session on the last day of the 2018 parliamentary calendar in meeting venue E249.

Parliament’s watchdog on government spending, the Standing Committee on Public Accounts (Scopa), had called the meeting over a series of controversial investments by the state-owned asset manager of some R2-trillion of government workers’ pensions and social savings, including in VBS Mutual Bank, Steinhoff and elsewhere. It was meant to have happened on 21 November 2018, but then CEO Dan Matjila arrived with a legal opinion saying the committee was not entitled to information, a move similar to the invocation of market sensitivity before the Standing Committee on Finance in June 2018. But Scopa disagreed, saying the legal opinion was wrong and citing parliamentary rules, rescheduled.

On Thursday, the briefing happened with a new acting CEO, Chief Financial Officer Matshepo More, given the PIC board accepting Matjila’s intention to resign with immediate effect on 23 November 2018. Unusually, the PIC was allowed to make a more than a 60-minute presentation of its 93-page submission before Scopa members raised their questions. The presentation was nothing to write home about, the usual rah-rah-rah state entities and departments present to MPs. Except that at Scopa, they don’t get away with it.

With regards to the collapsed VBS Mutual Bank, the PIC had two executives on their board. What happened, asked ANC MP Nthabiseng Khunou.

“I believe the rot… was too deep,” said More, adding that the board had asked the executive team to reflect on processes.

“What they did not report to us is that there were potential fictitious transactions.”

Scopa chairperson Themba Godi intervened: “What did they tell you?”.

“Nothing,” replied the acting CEO. “On appearance, they were telling us everything is good…”

And it emerged that both executives the PIC deployed to the VBS board – head of legal Ernest Nesane and head of risk Paul Magula – are gone, having respectively resigned and been fired. More also confirmed the PIC had both professionally debarred and is looking at laying criminal charges. A forensic investigation is also underway.

The PIC lost around R300-million through its VBS investment. It lost at least R15-billion in the share collapse of Steinhoff on the back of auditing irregularities that emerged in early December 2017.

The PIC’s largest client, the Government Employees Pension Fund (GEPF), wrote off R5.3-billion related to PIC investments in Steinhoff and Independent Media. According to the GEPF 2018 annual report tabled in Parliament earlier this week, the largest investor in the PIC, it had invested R4.3-billion in Steinhoff’s empowerment partner, Lancaster, that became worthless after the Steinhoff share collapse in early December 2017 on the back of audit mismanagement.

Another R1-billion had to be written off in relation to PIC non-performing investments in Iqbal Surve-controlled Independent Media.

In total, the GEPF wrote off R7.4-billion.

“The engagement was not always successful; we received pushback from the company (before collapse)… We did not reap the rewards we would have liked to.”

But the PIC maintained it believed there was “still significant value in the investment” in the Africa portfolio, despite concern over lost value. The PIC is part of a class action to try to recoup lost monies lost in the Steinhoff share price collapse.

Yes, MPs were told, there were other issues on investment where due diligence did not prevent dodgy investments like Steinhoff, where the corporation had depended on auditors.

Yes, MPs were told, the R183-billion exposure the PIC has regarding its investments in SOEs. While the PIC earlier in 2018 provided Eskom with one-month R5-billion bridging funding – it made R30-million interest off that – it turned down SAA.

“We have not increased that exposure simply because of concerns around governance,” said More, adding later: “It’s one of the things we are deliberating… This is a risk. We don’t have a final answer.”

As Eskom is using load shedding to ram home the impact of its fraught financial decision, the PIC confirmed it already had invested R94-billion in the power utility, which now was a “worry”.

And yes, MPs were told, there were issues around the letter offering to resign, with conditions, in April 2019 by former CEO Dan Matjila made to the board that led to the board accepting his resignation with immediate effect on 23 November 2018.

“There are statements made in the letter the board… they affect the relationship between the CEO and the board. I strongly appeal to the committee not to force us to tell you,” he said, adding later: “There is no corruption discovery… but there are other pertinent issues which we prefer not to deal with.”

And the inquiry into the “veracity of alleged improprieties” and to restore confidence in the PIC would not unearth bombshells. The inquiry is set to continue despite Matjila’s resignation.

“The inquiry should clean up the mess at the PIC and get to the bottom of the rot… The pension funds of past and present government employees should be protected from the ruthless sharks that are eating away at their financial futures,” said Holomisa in a statement at the time. DM