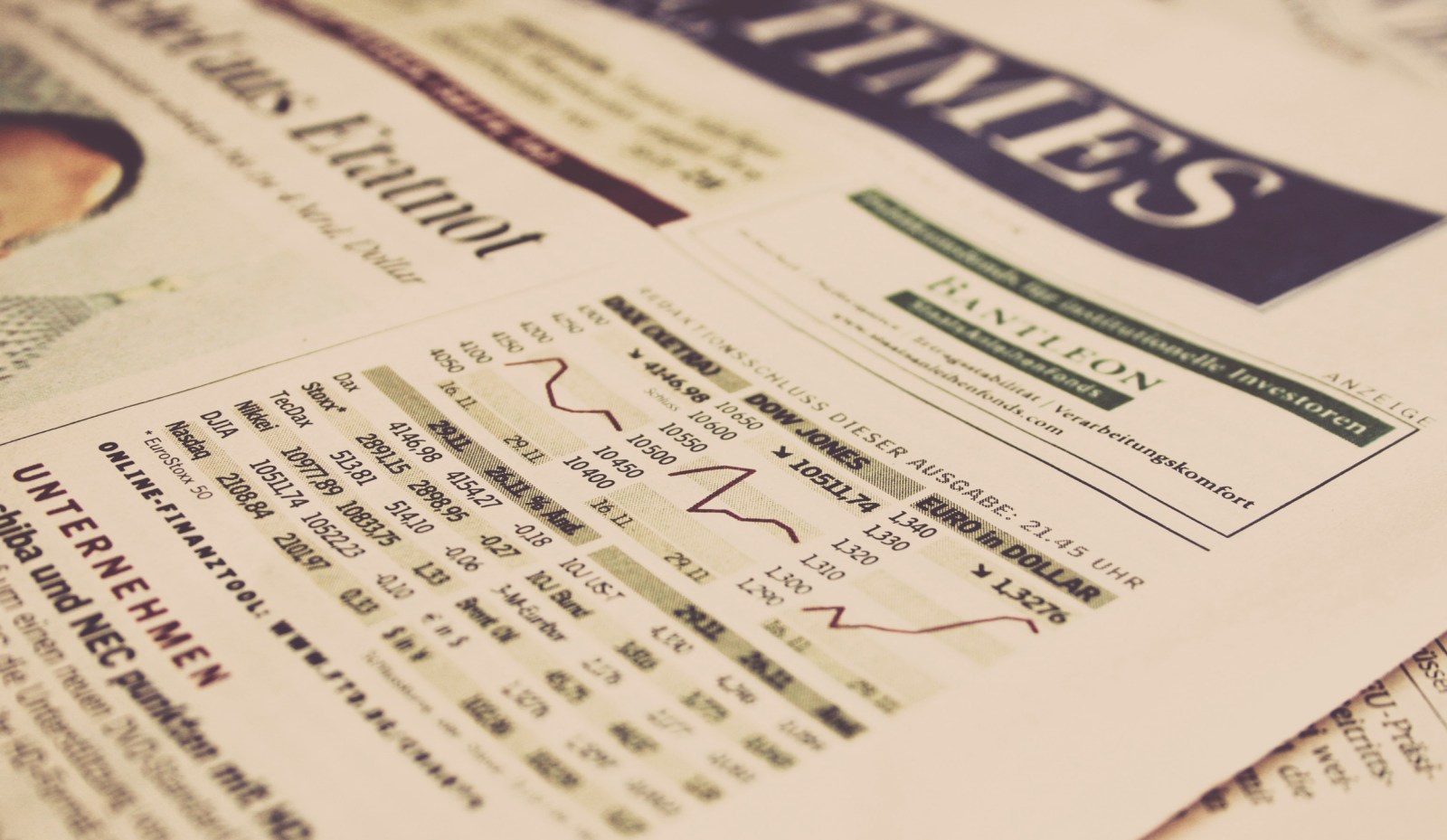 No one can use market sensitivity to hide corruption, parliamentary finance committee chairperson Yunus Carrim emphasised as the Public Investment Corporation took advantage of the gap, opened by ANC MPs and EFF Chief Whip Floyd Shivambu, not to answer questions because of “market sensitivity”.

The Public Investment Corporation (PIC) on Tuesday took advantage of the gap opened by ANC MPs, along with EFF Chief Whip Floyd Shivambu, not to answer questions because of market sensitivity. And there could be a replay on Thursday when troubled SAA appears before the finance committee to discuss its quarterly report, given a resolution that the meeting could be closed for discussions on market sensitive issues. This approach provides a dangerous precedent – even if legal advice informed MPs that such an approach was their prerogative.

The fully state-owned Public Investment Corporation (PIC) that manages some R2-trillion of government pensions and social savings on Tuesday was at pains to emphasise that it has performed well above expectations for its clients. It has outperformed above set benchmarks. And in doing so, according to the PIC PowerPoint presentation to MPs, it created 99,637 jobs, 19,900 beds at 14 hospitals and 11,964 student accommodation beds, while also adding 2,980 Megawatts to the grid.

But one reason the corporation was before the finance committee was because a series of investments have been under public scrutiny over the past nine months. These include Steinhoff, whose shares plummeted following the disclosure of financial irregularities in December 2017 (it cost the PIC R15.6-billion), VBS Mutual Bank, now under curatorship due to failure to maintain required liquidity levels amid deep governance concerns – in February 2018 the bank stopped payments of the R350-million revolving credit extended by the PIC – and Erin Energy, a West African off-shore oil deal whose US-based company filed for bankruptcy in April 2018, causing the PIC R167-million unrealised losses.

The corporation’s R4.3-billion share purchase in Ayo Technology Solutions, previously known as Sekunjalo Technology Solutions, in December 2017 has also come under scrutiny, including from the PIC investment committee. The deal to date has lost R800-million in value for the PIC, which on Tuesday, however, told MPs it remained “comfortable” with the acquisition in a R230-billion information technology (IT) sector.

In late April amaBhungane raised questions as to whether the Ayo share acquisition was related to generating income for Independent Media owner Iqbal Survé, whose Sekunjalo Investment Holdings led the black economic empowerment consortium’s 2013 acquisition of the national newspaper group. The PIC is also exposed to the tune of R1.25-billion at the end of March 2018.

An exit strategy from Independent Media is being discussed, MPs heard. But no further details were provided due to market sensitivities was the standard reply to DA MP David Maynier’s detailed questions that at one stage seemed to annoy fellow MPs, who intervened in what was slated as him conducting an “inquiry”.

ANC party colleague Nkosinathi Nhleko, the former police minister, had emphasised questions should focus on process, not necessarily details, as these are still being finalised. Shivambu took a slightly different turn, congratulating the PIC on its “impactful” investment decisions, adding later that “the market sensitivity issue is a genuine issue” and that it was “sabotage” to force disclosure.

“There are certain oversight functions we can do without sabotage.”

Finance committee chairperson Yunus Carrim repeatedly emphasised that “no one can use market sensitivity to hide corruption”.

Dressed in the argument that the PIC was competing with private asset managers not subject to such a disclosure regimen, Tuesday’s committee discussions around market sensitivities and disclosure chose to highlight finding a balance – and allowing the finalisation of processes like the PIC investment committee’s probe into the Ayo share acquisition before MPs further engaged.

But if the recent parliamentary State Capture inquiry into Eskom or the 2016 inquiry into the SABC has shown anything, it was the role of officials and managers in manipulating what, if any, information emerged into the public domain – and how board members failed to live up to their fiduciary and governance duties. Such attitudes have also emerged before Parliament’s watchdog on public spending, the Standing Committee on Public Accounts (Scopa), whose chairperson Themba Godi frequently has to inform officials accustomed to getting away with waffling elsewhere that this committee did things differently.

The outcome of Tuesday’s invocation of market sensitivity was that the PIC did not dish details of its investment – nor on its internal probe, involving not only two private forensic investigative companies but also the SAPS, into the leaking of emails that were central to claims in 2017 that its CEO Dan Matjila channelled monies to a girlfriend.

Those claims have been described as a “smear campaign” against the CEO, and the PIC, and roundly dismissed in September 2017 when the board expressed its confidence in Matjila. And this matter was one of the few the PIC decided to reply to on Tuesday. It was again dismissed; Matjila adamantly denied to MPs that he had any relation with the woman concerned.

And only a cursory verbal briefing, in contrast to the details in the presentation seen by Daily Maverick, was provided to MPs on the forensic investigations that unearthed internal involvement in the leaked emails central to those claims against Matjila.

It emerged from the document that the leaks involved four senior PIC managers, including two from the information technology section. One manager has been dismissed, a termination settlement was reached with another, while the other disciplinary hearings are being finalised as the staffers remain suspended.

Later Maynier told Daily Maverick the meeting with the PIC “felt like punching jelly”. The corporation was let off the hook by the finance committee, he added.

“The only hope for a proper hearing is now the public accounts committee (Scopa) in Parliament.”

Tuesday was the second time in two finance committee meetings that market sensitivities were raised with regards to the PIC – and the third time if counting the aborted meeting with SAA in mid-May after confusion as to whether it was closed to discuss market sensitive matters as part of its briefing on the national airline’s latest quarterly report.

While market sensitivity-linked allowances in disclosure for the PIC was at an informal level, Tuesday’s finance committee formally adopted a resolution allowing closure of meetings for SAA on market and commercially sensitive matters.

Closing a parliamentary committee except for the Joint Standing Committee on Intelligence (JSCI) is rare – it has to be approved by Parliament’s institutional leadership – and the reason of market sensitive information is highly unusual.

The finance committee’s resolution recognised the public interest in SAA – it has received billions of rand in government bailouts funded by taxpayers – but also noted the airline industry’s competitiveness.

Citing Section 59(2) of the Constitution that allows public access to parliamentary committees unless there are grounds for exclusion that are “reasonable and justifiable… in an open and democratic society”, the resolution also cites Parliament’s Rule 184 outlining the criteria for closing meetings to the public. These include discussion of matters of a private nature, those that are prejudicial to a person, or those deemed confidential in terms of law.

If a meeting is closed for discussions on market sensitive matters, but that was actually not the case, the committee would release relevant documents, according to the finance committee resolution.

On Thursday SAA will again appear before MPs to brief it on its latest quarterly report. The document has long been tabled in Parliament, and thus is public. It’s also on public record that the troubled national airline needs another R20-billion from government.

It remains to be seen whether that meeting will be closed due to market sensitivity. DM