The Week Ahead: Parliament wraps up for 2018

The Week Ahead: Parliament wraps up for 2018 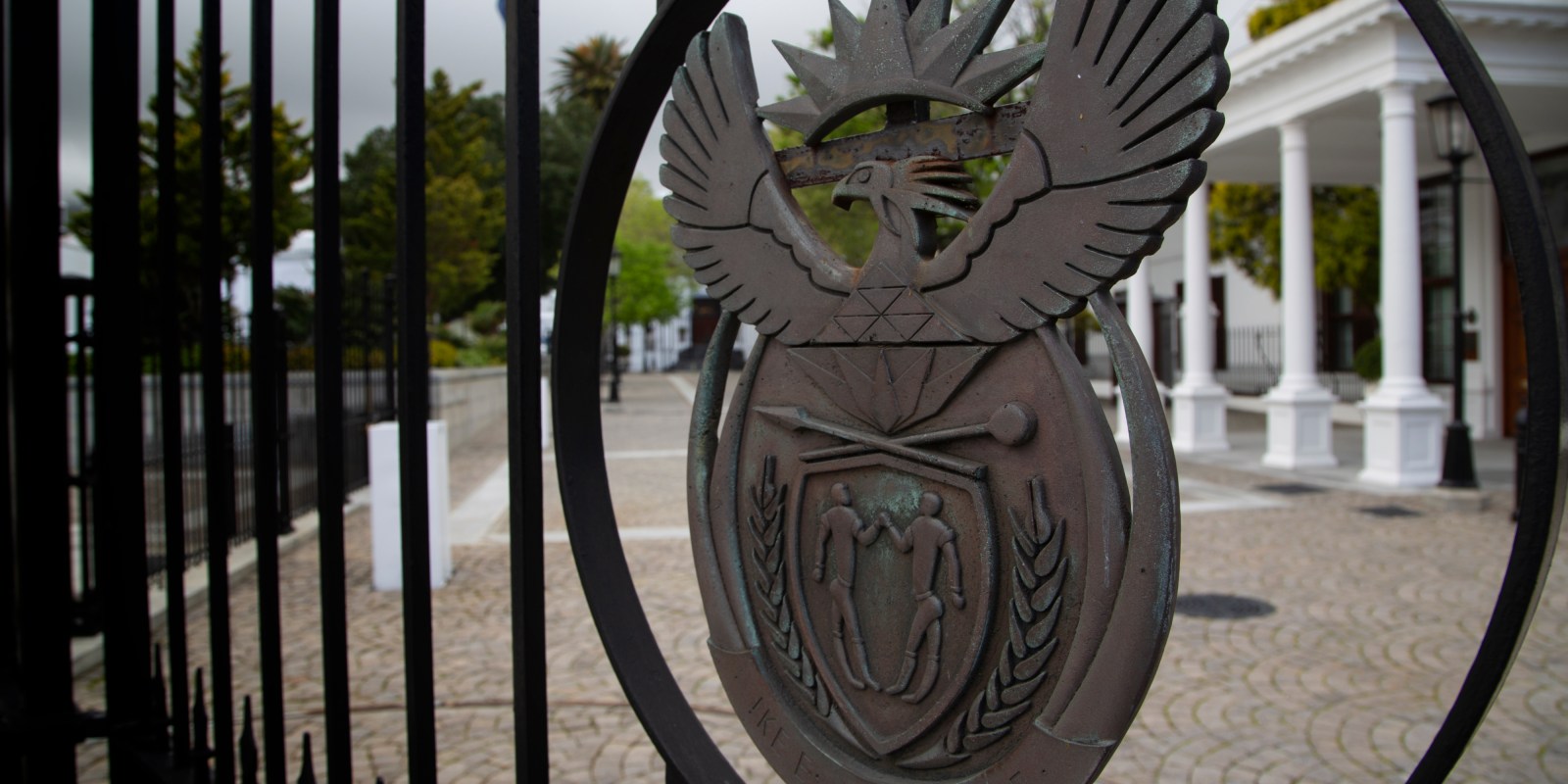 A parliamentary official committed suicide in the precinct on Friday 14 September 2018. Staff members have raised concerns about security in the precinct. Photo: Leila Dougan

The constituency period beckons, with MPs due to depart at the end of the week and return to Parliament next year. But a fair amount of work will be done before they go as there is some unfinished business to deal with.

Expect plenty of fireworks on Tuesday when both chambers consider the report of the Joint Constitutional Review Committee on the review of Section 25 of the Constitution.

In February 2018, the Joint Constitutional Review Committee was mandated by the National Assembly and the National Council of Provinces to investigate mechanisms through which land can be expropriated without compensation. The Committee undertook an extensive public participation process and finalised its report on 15 November 2018. The Committee recommended that Section 25 of the Constitution be amended to make it explicitly clear that expropriation of land without compensation by the state in the public interest should be one mechanism to address the injustices of the past.

Last week, AfriForum approached the Western Cape High Court to stall Parliament’s consideration of the report. This application was dismissed

From the outset, this has been a highly charged issue and Tuesday’s debates will continue in the same vein.

On Thursday, the Deputy President will have his regular engagement with lawmakers when he appears to answer oral questions. In terms of the rules, these sessions happen once per month during session, are three hours long and are limited to six main and supplementary questions. In addition, the questions must be restricted to matters of national and international importance, as assigned to the Deputy President by the President. Currently, the Deputy President is responsible for, among other things, social cohesion, the moral regeneration movement, special envoy to South Sudan and is chairperson of the South African Aids Council and Human Resource Development Council so most of the questions touch on these themes.

There are a number of headline-grabbing meetings in the Committee Corridor. Here is a rundown of the highlights:

Due to several governance challenges that were observed in the North West Province, Cabinet resolved, on 9 May 2018, to invoke section 100(1) of the Constitution in the North West Provincial Government. Cabinet set up an Inter-Ministerial Task Team (IMTT) on the North West province to conduct performance assessments. The IMTT will give a progress report on the intervention.  The last update was given to Parliament in August. In addition, the Ad Hoc Committee undertook site visits to various locations in the North West. (Tuesday)

Scopa will interrogate the Department of Water and Sanitation and Water Trading Entity about irregular fruitless and wasteful expenditure as well as deviations and expansions. (Tuesday)

Localisation, transformation of the sugar industry and Denel’s forensic investigation will be in the spotlight when the Trade and Public Enterprises Committees meet. (Wednesday)

National Treasury had previously briefed Scopa on the Integrated Financial Management System (IFMS) wrongdoing that implicated companies and Treasury officials. A financial investigation of the IFMS by Deloitte was discredited and rejected by Treasury. Nexus was then contracted to do a forensic investigation and submitted a report in July. Treasury had requested time to process the report. Treasury appeared before the Committee late last month to engage on the report but declined to distribute it to the Committee and indicated that it was still interacting with it. Scopa indicated that it is not going to allow the Director-General to doctor the report. National Treasury was directed to provide the report to Scopa on 22 November 2018. The Committee will then review the report and meet with Treasury again on 5 December 2018. (Wednesday)

Scopa had resolved to have an engagement with the Public Investment Corporation (PIC) because of concerns arising from negative publicity on the PIC’s use of public funds. Scopa had requested information in June 2018 about PIC transactions but six months later, the information had not been received. The Deputy Minister of Finance had written a letter on 20 November 2018 (the day before the previous meeting with the PIC) informing Scopa that, based on legal advice, the PIC cannot share information on its investments with Parliament as it may subject it to litigation as client information is confidential. Members were of the view that the legal opinion was irrational. The PIC was directed to provide the requested information to Scopa by Wednesday 28 November and they would reconvene in two weeks’ time. (Thursday)

In between, there will be some lawmaking as MPs consider the Carbon Tax Bill and Electoral Laws Amendment Bill.

The constituency period runs from 10 – 14 December 2018 and 7 January – 6 February 2018. Committees with urgent business are expected to resume in mid to late January. During the constituency period, MPs have a duty to: be available to the public, help solve problems and report back to their constituents on what is happening in Parliament.