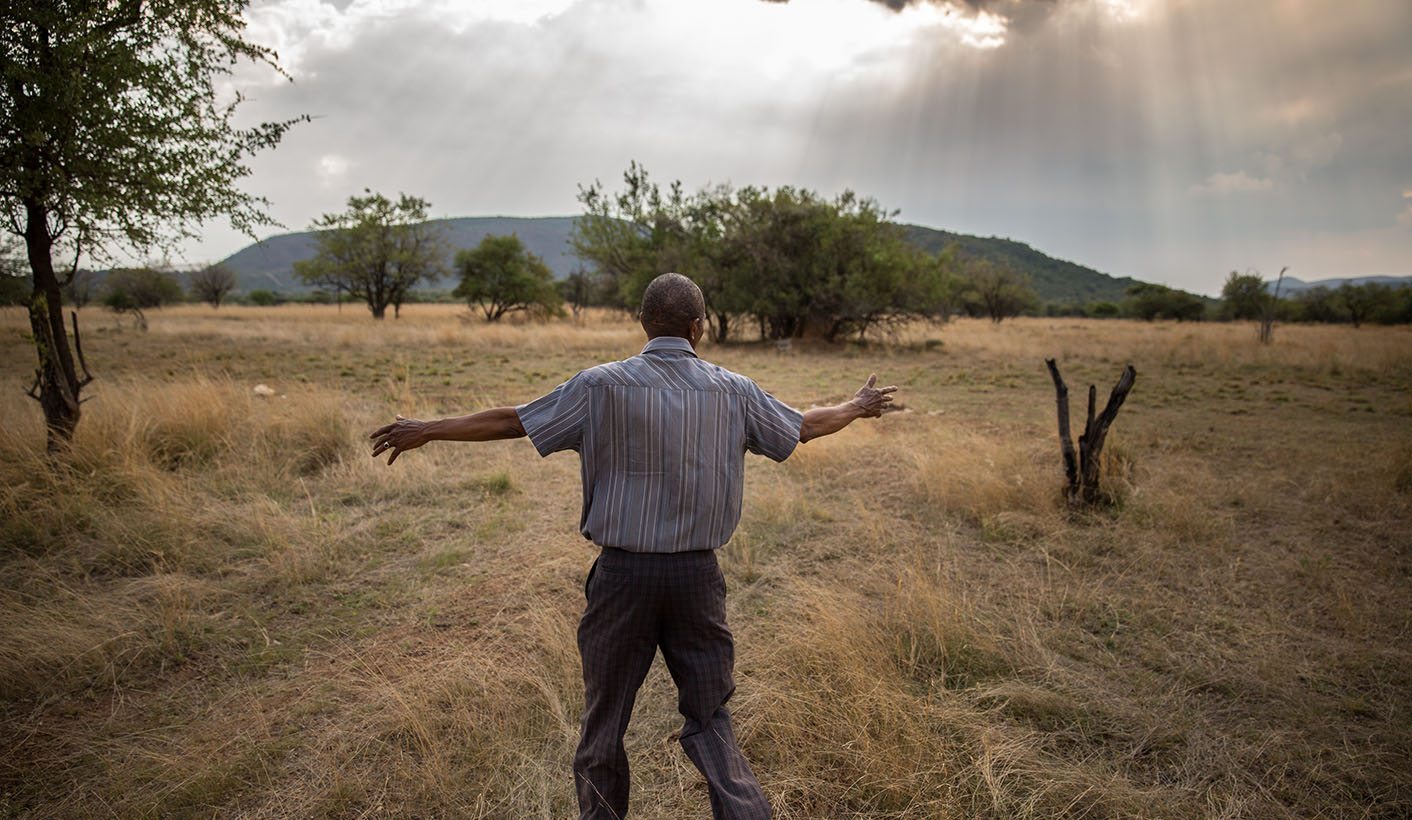 Villages surrounding the Pilanesberg Platinum mine in the North West in South Africa have severe unemployment, lack of basic infrastructure and are without running water, despite being on one of the riches reserves of platinum in the World. The owners and tribal chief in the area are accused of stealing over R25 billion that was supposed to be spent on developing the surrounding area. Photo: Daniel Born

Aninka Claassens has taken serious liberties with the way she has paraphrased the comments of Tebello Chabana of the Minerals Council.

In her Daily Maverick article Maledu judgment victory for the Constitution over mining evictions Aninka Claassens states: “A day before the judgment, Tebello Chabana of the Minerals Council said during an SAFM radio programme that the law requires mining houses to deal with traditional leaders and with municipalities, and that the Council cannot be blamed if traditional leaders are unaccountable and municipalities are dysfunctional.

“He also said that they cannot be expected to deal with ‘unofficial structures’ who purport to represent rights holders as nobody knows whose interests these structures actually represent. These statements by a senior official are a damning indictment of the Minerals Council. There is no law that requires mining houses to deal with traditional leaders”.

A transcript of the relevant extracts of Chabana’s comments to Stephen Grootes in his Mediated Conversations show that day, shows that Claassens has taken serious liberties with the way she has paraphrased his comments, which were designed to explain the complexities of the current situation. One would have expected a serious academic such as Claassens to acknowledge that, rather than to misrepresent his words.

He did not say that the Minerals Council “cannot be blamed if traditional leaders are unaccountable and municipalities are dysfunctional”. Nor did he suggest that the law requires mining companies to deal with traditional leaders. On dealings with informal leadership structures, he again sought only to point out complexities of which Claassens is surely aware.

For the interest of readers, a transcript of relevant extracts of his interaction with Grootes are as follows:

Regarding mines engaging with traditional leaders and government as opposed to communities. People underestimate the difficulty mining companies face on this issue. In terms of getting our social and labour plans (SLPs) together for compliance purposes, we are obliged to engage traditional leaders. And municipalities will not sign off on the SLPs unless we have done so.

The other challenge is, if as a mining company you engage community leaders who purport to represent the community you are then accused of undermining the traditional leadership system. Yet, when you engage with the traditional leaders and the municipalities, they are not as accountable as they should be. So mines find themselves in a very difficult area here, and hence they go to the people they have to engage with.

It is a problem we are trying to get through and sort. But we don’t have the solutions. What would certainly be useful to us is if those traditional leaders and municipalities were actually accountable to their constituencies. If that were the case it would resolve some of our issues…

In planning for the future, a problem is that mining companies have to align their SLPs to the Integrated Development Plans (IDPs) drafted by the municipalities. Unfortunately, those are poorly drafted documents in most instances, they haven’t been properly consulted on by the municipalities. They seem to be cut and paste jobs. So you are having to follow these plans that are really not representative of the needs of the community.

Mining companies are not free, then, to look at those income-generating projects that these communities would be needing.

Tebello Chabana: I’m sure there have been corrupt practices by some mining companies. But if you are going into a community, you, the mining company, want to engage with accountable leaders. That is all you really want.

Communities are never homogenous. Informal leaders change as time goes on. Different groups spring up here and there. So you do want to be able to talk to some authority that will have some kind of institutional memory, that will have some kind of accountability. Whether that is a municipality or a traditional leader, so be it. But I hear you. It is still a big challenge. DM