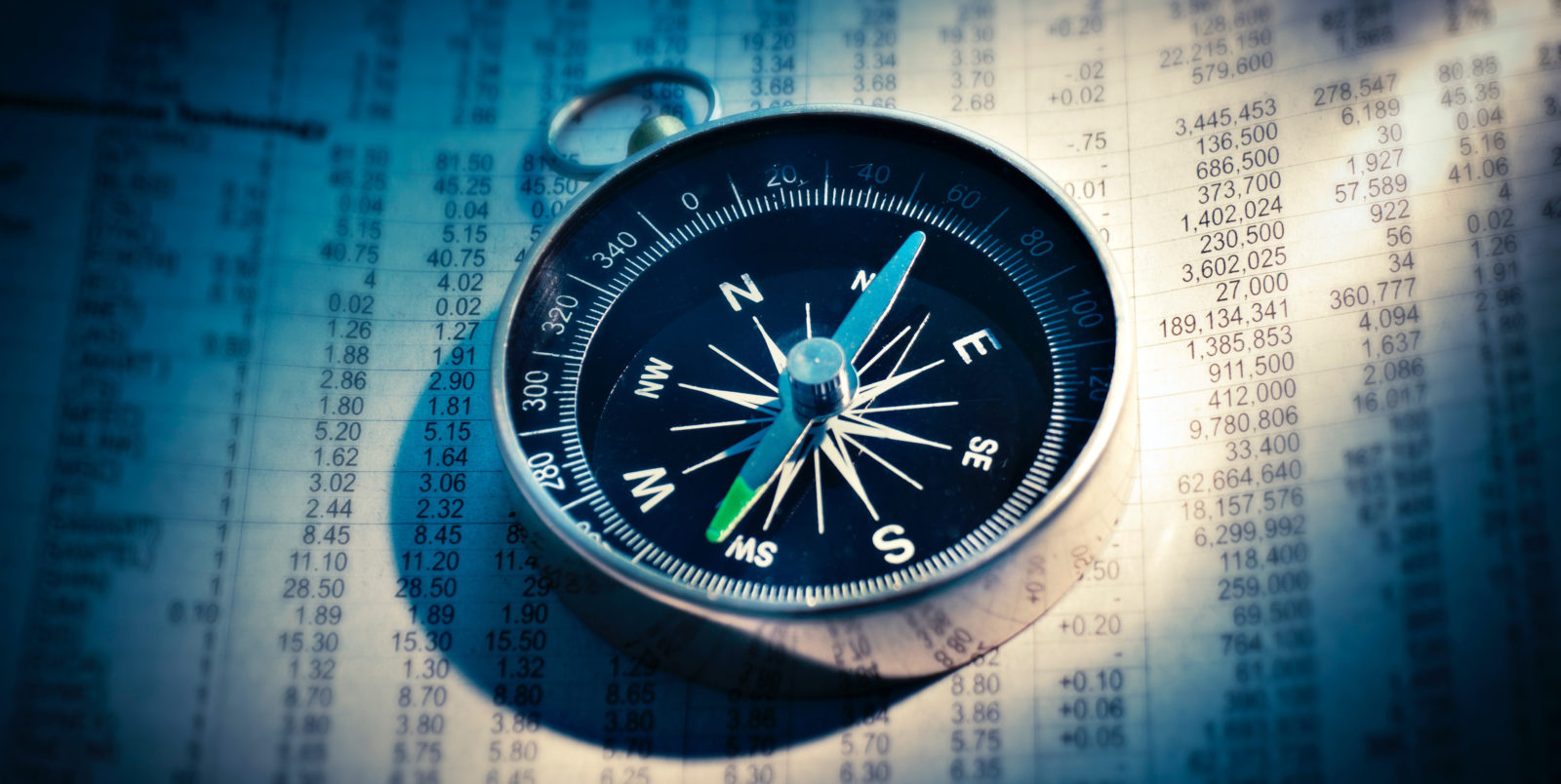 Photo by G. Crescoli on Unsplash

The Mail & Guardian has launched a fresh investigation into allegations of unethical behaviour by one of its senior journalists.

(Disclosure: The material for this story was initially unearthed by our associates at GroundUp, but was later taken over by Daily Maverick.)

An award-winning journalist at a gutsy publication with a reputation for integrity and independence has been found by Werksmans to have conducted business with a state-owned enterprise in a 2010 tender deal that was found to be irregular.

The apparent bald conflict of interest between Mail & Guardian political editor Matuma Letsoalo and the Passenger Rail Agency of South Africa (Prasa) is laid bare by one of scores of forensic investigations into Prasa tenders that were commissioned by the Prasa board in the wake of the Public Protector’s ‘Derailed’ report of 2015 and findings of irregularities and maladministration by the Auditor-General.

Letsoalo has denied any wrongdoing.

Evidence suggests that he was not telling the whole truth when he claimed that he disclosed his business interests during the period of 2010 to 2012, and the publication’s current leadership under editor-in-chief Khadija Patel has subsequently ordered an investigation into the matter.

“I take these allegations very, very seriously,” said Patel on Tuesday, adding that she has contracted an independent expert to investigate the matter following questions posed by Daily Maverick.

The Mail & Guardian has since suspended Letsoala pending the outcome of its investigation.

Letsoalo’s business interests were initially investigated by then editor-in-chief Verashni Pillay and deputy editor Beauregard Tromp in 2016, but he was cleared of any wrongdoing.

Pillay and Tromp’s investigation was conducted after investigators for Werksmans Attorneys informed them that Letsoalo, who that year had been promoted from reporter to political editor, had been a central figure in what they found to be an irregular tender.

This related to a joint venture between XL Nexus Travel and Kgomomorareng Travel (Nexus/KMM) which accepted a three-year contract from Prasa on 5 August 2010. Letsoalo’s signature as KMM managing director appears on the tender acceptance letter of that date.

Letsoalo was one of three members of KMM, which was a close corporation at the time of the tender. It was later changed to a limited company. He was also a journalist of some seven years standing at the Mail & Guardian at the time, having later been appointed political editor in 2016.

Accepting the tender for XL Nexus Travel, which is the trading name for the registered company Gemini Moon Trading 7, was Sailesh Parbhu.

One of the investigators contracted by Werksmans to examine the tender told Daily Maverick the contract was flagged due to its continued month-on-month extensions after the initial contract period without going out to tender.

Among other findings of irregularities, the Werksmans report states that the bid should never have been awarded to Nexus/KMM in the first place.

“The joint venture entity ‘Nexus/KMM JV’ did not submit a bid and should not therefore have been considered for the tender, let alone awarded same,” states the report.

This conclusion is largely drawn from findings that only KMM was listed on the Prasa attendance register for the compulsory bid briefing of 9 March 2010, and the tender document collection of 1 April 2010.

Independent investigation by Daily Maverick confirms that KMM was the minor party in the joint venture and thus was not in a position to bid for the tender on its own and subcontract part of the work to Nexus.

When presented with the report’s finding, Letsoalo and Nexus financial director Kamal Dullabh denied the deal had been irregular, with Dullabh claiming he can provide the original bid documents to prove it.

However, the documents he emailed to Daily Maverick do not prove that Nexus submitted a bid in a joint venture with KMM. What Dullabh provided was:

The Werksmans report also finds that a variation to the appointment of Nexus/KMM was made eight months after the tender was awarded, which changes the transaction-based model in which Nexus/KMM charged a fee for each travel and /or accommodation booking conducted, to a set monthly service fee of R350,000, which was “weighted in favour of the supplier rather than Prasa”.

Additionally, “the amounts invoiced appear to be excessive for the nature of the services rendered”, states the report.

But whether or not the deal in which KMM received 40% (R140,000 per month) was above board does not remove the fact that a journalist at the Mail & Guardian was doing business with an SoE, seemingly without declaring his interests.

Emails from Werksmans to then Mail & Guardian editor Verashni Pillay and deputy editor Beauregard Tromp indicate that they discovered Letsoalo was political editor after the then Prasa spokesperson, Victor Dlamini, raised concerns over a set of questions sent to Prasa by journalist Fose Segodi.

Dlamini’s concerns related to the answers provided to the “myriad questions” not reflected in the subsequent article which, according to the timeline, was either this one of 3 July 2016, or this one of 8 July 2016. There was also this one of 1 July 2016 which is pertinent to his coverage at the time the questions were sent.

Dlamini told Daily Maverick that it was unusual that Segodi’s emails came from a Gmail address rather than an official Mail & Guardian address, and in the Werksmans report it is stated that when Dlamini asked Segodi for his official email address, he supplied that of Letsoalo.

When first questioned about the relationship between Segodi and Letsoalo, Khadija Patel explained that Segodi was a freelancer, so there was nothing sinister or unusual about him using his own email address, but added that Segodi was supervised by Letsoalo.

Patel said Segodi’s emails were “a formal media enquiry about concerns raised within government about the spiralling cost of Werksmans work related to Prasa”.

The emails from Werksmans show that when Letsoalo’s conflict of interest was ascertained, which was in July 2016, the investigators informed his editor at that time, Verashni Pillay.

The subsequent correspondence from Werksmans to Pillay and Tromp initially express appreciation that Letsoalo had apparently been told not to report or commission articles on Prasa, but shift to “disagreement with the mere dismissal of the serious nature of the documentary evidence provided”.

Among the concerns was that Mlondobozi, Letsoalo’s wife, remained a director of KMM and continued to work for Nexus on the Prasa account.

Daily Maverick has independently verified from company reports that Letsoalo was a member of KMM from its registration on 15 June 2009 until his resignation on 17 April 2012, at which point it became a limited company.

Dullabh also confirmed that KMM was a 40% partner in the Prasa contract which commenced on 5 August 2010. This period coincided with Nic Dawes’s editorship, which was from 2009 until 2013.

It was also during this period that Letsoalo received the 2011 Journalist of the Year award.

Pillay was at the helm when Werksmans informed Mail & Guardian in July 2016 of Letsoalo’s conflict of interest.

Contacted for comment this month (October 2018), Pillay told Daily Maverick that upon being informed by Werksmans of the issues regarding KMM and Letsoalo, she, together with deputy editor at the time, Beauregard Tromp, conducted “an indepth investigation into the matter”. Pillay said they also conducted a company search and obtained legal advice.

“As things stood at the time (2016), Letsoalo was not a director of the company in question, had not transgressed the editorial code and there were no charges against his wife upon which I could act,” stated Pillay.

She also said “we” were concerned that Prasa and Werksmans investigators were “trying to unduly influence our newsroom, and prevent reporting on the costs of the investigation”.

She said subsequent to her and Tromp’s “indepth investigation”, Letsoalo was not found to have violated the Mail & Guardian’s code of ethics and “so he was asked to no longer write about Prasa or commission any work from staff or freelancers regarding the organisation”.

But she said he had declared his wife’s continued involvement with KMM to the Mail & Guardian, “as per the editorial code of ethics”.

However, the request that he no longer write, or commission articles on Prasa was made only after Werksmans had approached the Mail & Guardian.

Further, a company search by Daily Maverick confirms the Werksmans assertion that during the period of his employment at the Mail & Guardian, Letsoalo has held directorships or memberships in five companies. He remains active in two of them, Karabo Property Holdings and Matshoshi Catering.

To the question: Did Letsoalo ever declare his interest in KMM, and other businesses of which he is and was listed as director? Pillay responded: “Yes.”

“I have declared my business interests,” Letsoalo told Daily Maverick this month.

When asked about Letsoalo’s business interests, Mail & Guardian CEO Hoosain Karjieker stated: “He made the disclosures.”

Dawes stated: “Throughout my time as a reporter and editor at the Mail & Guardian staff were required to make a declaration of interests, which covered external sources of income, shareholding and directorships. Matuma declared an interest in his wife’s transport company, which we understood to be a small travel business supplying mini-bus services.

Dawes went on to say:

“I was not made aware, nor to the best of my knowledge was anyone directly involved in his supervision, of contracts with Prasa or any other government entity.”

Further questions were sent to Dawes asking whether the declaration of an interest in his wife’s “small travel business supplying mini-bus services” might have applied to KMM, or Myelani Transport and Tourism, in which Letsoalo also shared directorship with his wife during the period 2007 to 2012.

Dawes replied that he couldn’t recall the declaration at that level of detail, but he would certainly have recalled whether Letsoalo declared doing business with Prasa.

When Dawes’s response was put to Patel last week, she replied: “The M&G’s register of interests requires reporters to complete information about directorships and shareholdings, as well as that of their immediate family, but does not ask for specific information related to the operations of those businesses. Unfortunately there are no records of the employee registers at the time in question.”

Dawes’s statement, together with Patel’s admission of missing records, taken together with an email from Werksmans to Pillay of 21 July 2016 which states Pillay initially indicated Letsoalo had failed to disclose his business interest with Prasa, provide compelling circumstantial evidence that contradict Letsoalo’s response to Daily Maverick that he had declared his conflict of interest.

Contacted for further opportunity to comment before publication on Tuesday, Patel said she has ordered an independent investigation in order “to draw a line under this for once and for all”, adding: “Because otherwise it will haunt the M&G for years.” DM

This story was updated post-publication to include that Letsoalo was placed on suspension by the Mail & Guardian.