As another train burns in Cape Town, MPs ask: What are Prasa’s plans for today? 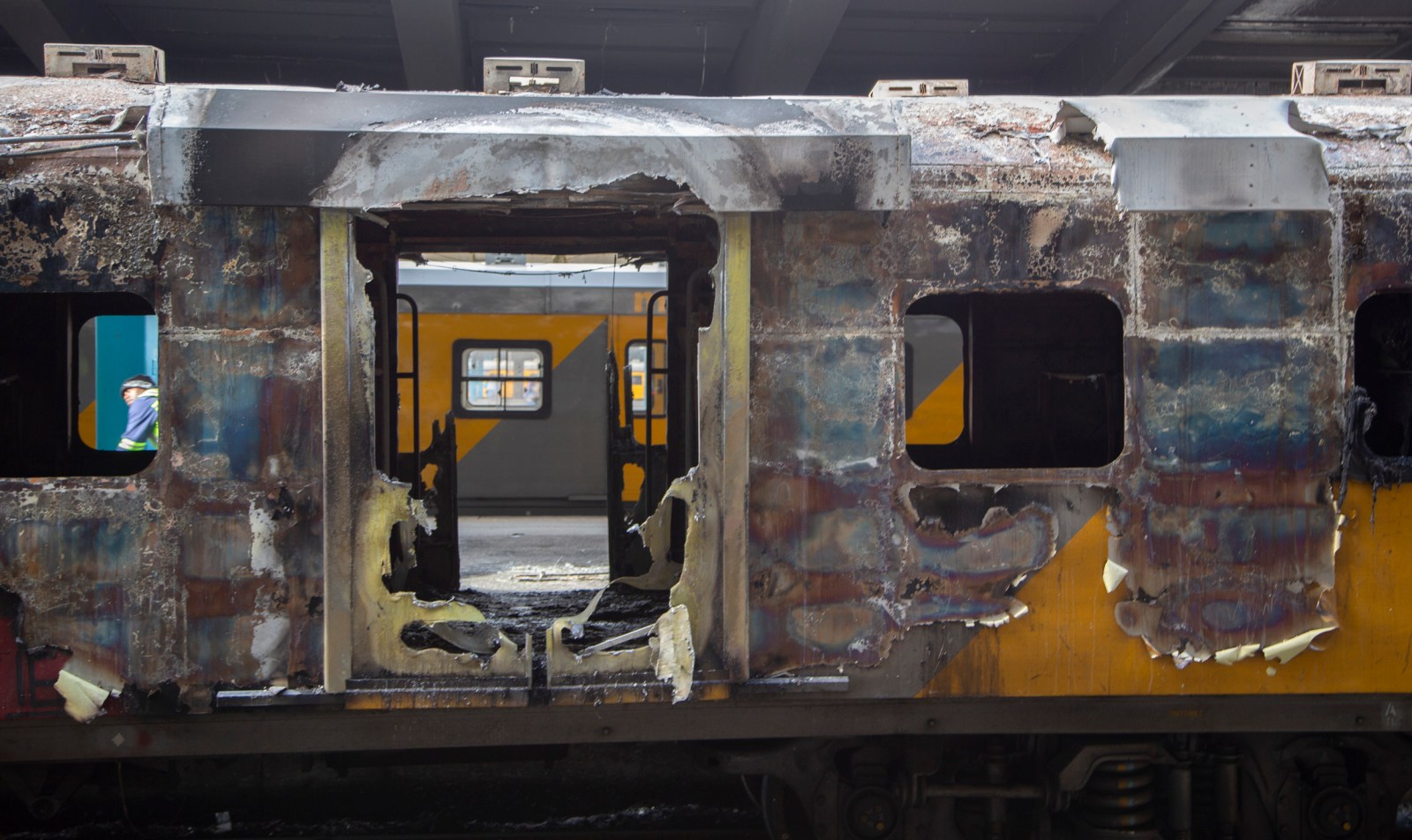 After the burning of several Metrorail trains in Cape Town, the embattled Passenger Rail Agency of South Africa laid out plans at Parliament on Tuesday to stabilise the institution. While Prasa addressed the parliamentary portfolio committee on transport, another train was ablaze at Cape Town station. MPs questioned the lack of urgency — Prasa’s immediate plans to fix commuter problems will only take place over the next 12 months.

Arson attacks are an “act of sabotage”, Prasa board chair Khanyisile Kweyama said at Parliament on Tuesday.

About midway into a portfolio committee on transport meeting addressed by Prasa, it was announced that there had been another train fire at the Cape Town station, bringing the number of train fires in two weeks to four.

A total of 1,496 Prasa coaches had been vandalised nationally in the 2017/2018 financial year, Prasa the committee heard.

Prasa management was appearing before the committee to address the arson attacks at stations. Since August 2018, 61 coaches had been vandalised nationally — 15 in the Western Cape. The province now has only 48 train sets available out of a required 88.

Train fires have cost Prasa nearly R636-million over the past three-and-a-half years — this excludes the R150-million damages to Cape Town station since October 2015, according to Prasa figures.

Committee chairperson Dikiledi Magadzi stopped Tuesday’s meeting to announce there was another fire at the nearby Cape Town station. Prasa Western Cape regional head Richard Walker left the meeting to assess the situation.

Confirming the incident, which led to the closure of platforms 17 and 18 so the damage could be assessed, Metrorail spokesperson Riana Scott said:

“It is not yet possible to accurately calculate the damage in monetary terms. As soon as the carriages are removed, Prasa’s loss adjusters will be able to assess the damage and determine a cost of repair/replacement.”

Platforms 17 and 18 are on the Central Line, which was shut down for an extended period earlier this year due to vandalism.

During the meeting however, CEO Sibusiso Sithole said:

“We’ve identified key issues that need to be fixed.”

This includes plans for the Central Line, which sees up to 120,000 commuters using its services (see previous Daily Maverick article here about this figure).

Prasa plans to do the following to restore the Central Line:

Some MPs were not impressed by Prasa’s plans. Both the ANC’s Leonard Ramatlakane and the DA’s Manny de Freitas said the plans to get trains operating properly ran over “the next 12 months, not today”, while ANC MP Sheilla Xego said, “If we want to stabilise the economy, we must stabilise Prasa”.

De Freitas added: “Right now, as we talk, there are trains burning in Cape Town.”

By 16:00 on Tuesday, some platforms at Cape Town station had been reopened.