As Prasa meets over arson, there’s another fire at Cape Town station 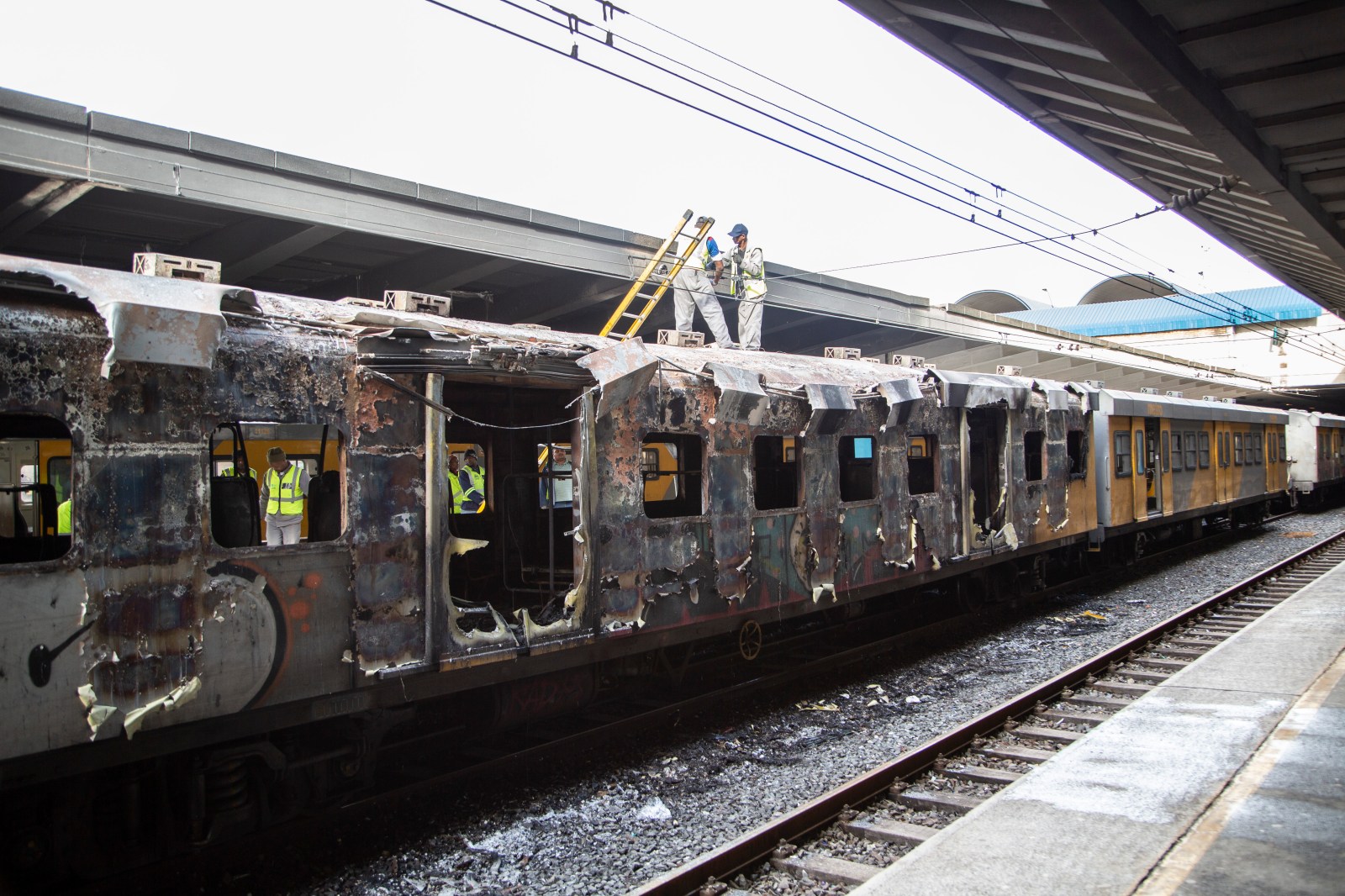 Carriages caught fire at the Cape Town station as a meeting was taking place at Parliament to discuss commuter safety on Tuesday.

A parliamentary committee meeting that was discussing arson on trains and other safety issues was interrupted on Tuesday amid reports of a fire breaking out at Cape Town Station.

News24 reported smoke billowing from the station, with fire-fighters responding to the fire about 12.20pm.

About eight carriages were affected, Metrorail told Daily Maverick later, adding that platforms 17 and 18 were affected.

Prasa board chairperson Khanyisile Kweyama said she was “upset” as she viewed a cellphone message informing her of the fire.

Prasa was scheduled to address the committee’s concerns about the burning of trains, and strategies to curb these attacks. Group CEO Sibusiso Sithole said the entity was looking at removing combustible seats on trains, working with criminal intelligence to determine possible threats to stations and to intensify the deployment of security officials to identified hotspot areas.

Echoing these sentiments, Transport minister Blade Nzimande told Daily Maverick that while he was upset at yet another train burning, ”we are intensifying our work with the security cluster”.

This was the fourth arson attack in two weeks as on Friday, 28 September 2018 three reports of arson were reported in different parts of Cape Town.

In a statement, Cape Town mayco member for Transport and Urban Development, Brett Herron said: “Once again, Cape Town’s commuters will be severely affected by delays and disruptions to the service, and some may have to spend money on alternative modes of transport to get home after work.

“Our urban rail system is operating at a fraction of the capacity it needs to service the demand. Over the past three years we (the city) have lost more than 140 carriages to fire.”

Riana Scott, spokesperson for Metrorail in Cape Town responded to queries sent, saying: “The preliminary damage of a fire at Cape Town Station points to the loss of another eight train carriages. The ticket office on the Parade Concourse also suffered fire damage.”

“Today’s incident increases the total loss of carriages due to fire to 175 (May 2015 to date),” said Scott. DM