Another day, another problem for Prasa – this time its disconnect with SAPS 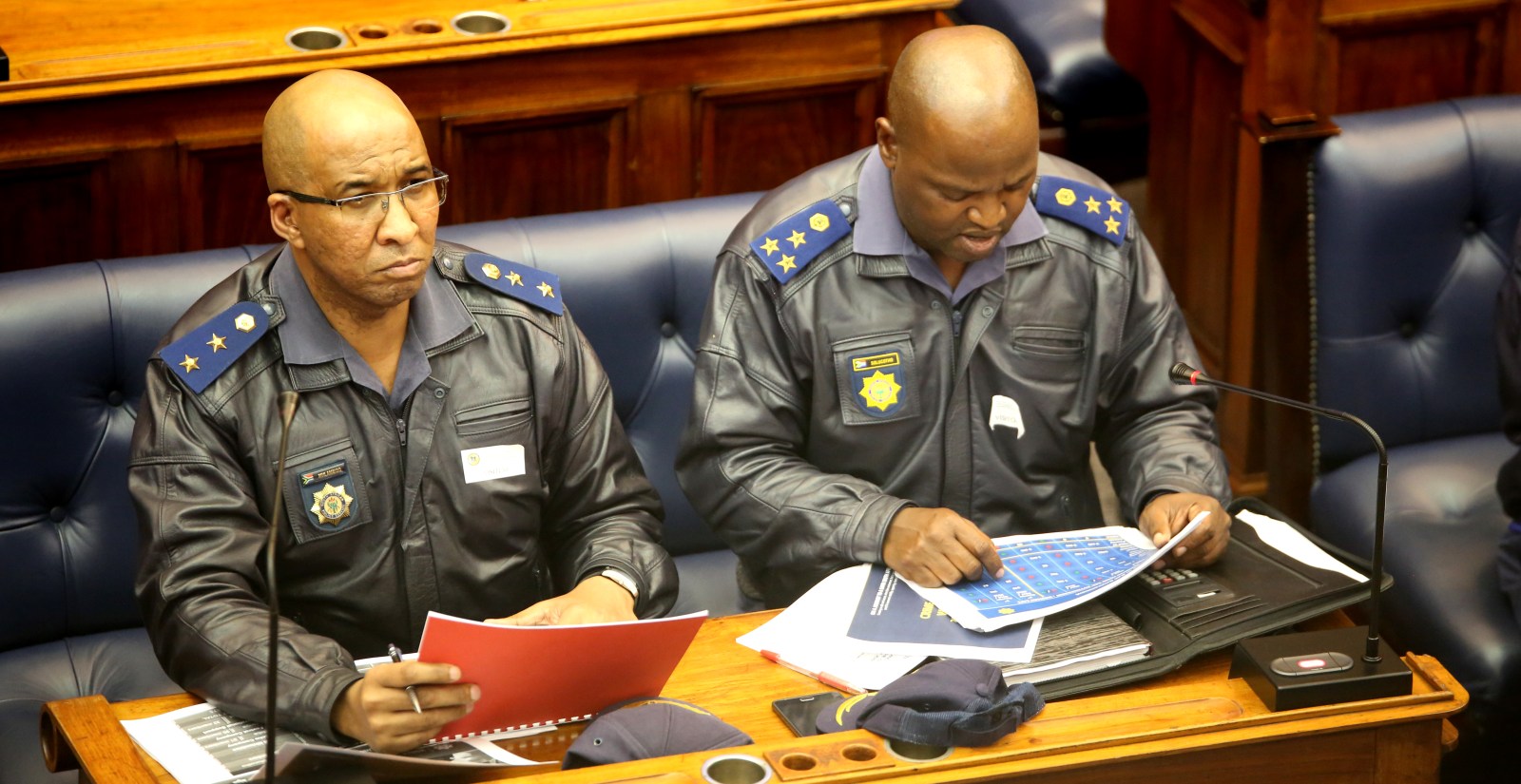 Crimes on railway property, including trains, once again came under the spotlight as the Western Cape legislature heard various complaints from SAPS’ rail police about Prasa hindering their ability to do their jobs – investigating and combating crime.

“It’s become a problem to us,” said Brigadier Bonginkosi Solucutho, commander of the Rapid Raid Unit in the Western, Eastern and Northern Cape. Solucutho was describing the challenges the unit has trying to prevent and combat crime on Prasa property. The unit was briefing the Standing Committee on Community Safety in the Western Cape Provincial Parliament on policing matters in the railway system.

During the briefing it was revealed that during the 2017/2018 financial year there were 1,385 incidents of contact crimes reported, and 711 reported incidents of cable theft.

As Solucutho relayed the statistics, it made for uncomfortable watching as committee members lambasted SAPS for its ability to prevent and combat crime.

First, when asked why SAPS did not have a memorandum of understanding with Prasa even though the City of Cape Town, Western Cape Department of Transport and Public Works had one, answers were thin. For the next 12 months, there is an understanding between Prasa, the provincial government and the City regarding the formation of a safety unit, worth R42-million, to combat rail crime.

“Why is there an MOU on one side, but not on the other side?” asked Patronella Lekker (ANC MPL) after it was revealed by SAPS that it does not have a memorandum of understanding with Prasa on its specific roles and responsibilities.

Lekker referred to the signing of a memorandum of understanding between Prasa, City of Cape Town and the provincial department of Transport and Public Works, which will see the development of a railway safety unit for the next 12 months. That specific deal has not been without controversy. Earlier in September, it was revealed that Prasa had not paid its required R16-million for the unit. Prasa has subsequently agreed to honour its side of the understanding.

Solucutho told the committee the rail unit faced various challenges when trying to monitor and combat rail crime. The challenges include limited working train sets which lead to overcrowding of other trains, the state of Prasa’s rolling stock – no windows and lights, limited fencing – which leads to the rail property being exposed to criminal activity and squatters on the rail property not being addressed timeously.

Another factor that caused a challenge for the SAPS rail unit was “little or no communication from Prasa to commuters on train cancellations or train delays”, said Solucutho. In June 2017, commuters burnt trains at the Cape Town station in frustration after trains were delayed for more than two hours.

Committee member Nceba Hinana (DA MPL) also questioned how there could not be any more arrests made after criminal activity since there are CCTV cameras at stations.

“Those cameras have not been working since 2015,” revealed Solucutho.

Hinana, who is also the chairperson of the standing committee on Transport and Public Works in the provincial parliament, has called for the Public Protector’s intervention in the “myriad of failures of Metrorail in the Western Cape”.

After Solucutho admitted that the Rapid Rail Unit had a memorandum of understanding with Transnet but not Prasa, Mark Wiley, acting chairperson of that committee, said because there was no understanding between SAPS and Prasa on the units’ specific roles and responsibilities, “you don’t know your job description”.

Solucutho said the reason for the delay in signing an agreement was that Prasa only had an “acting CEO” and therefore a deal could not be signed.

Wiley told SAPS that when he was chair of that particular committee seven years ago, he knew about problems at Prasa, but now “the situation is completely worse”. DM