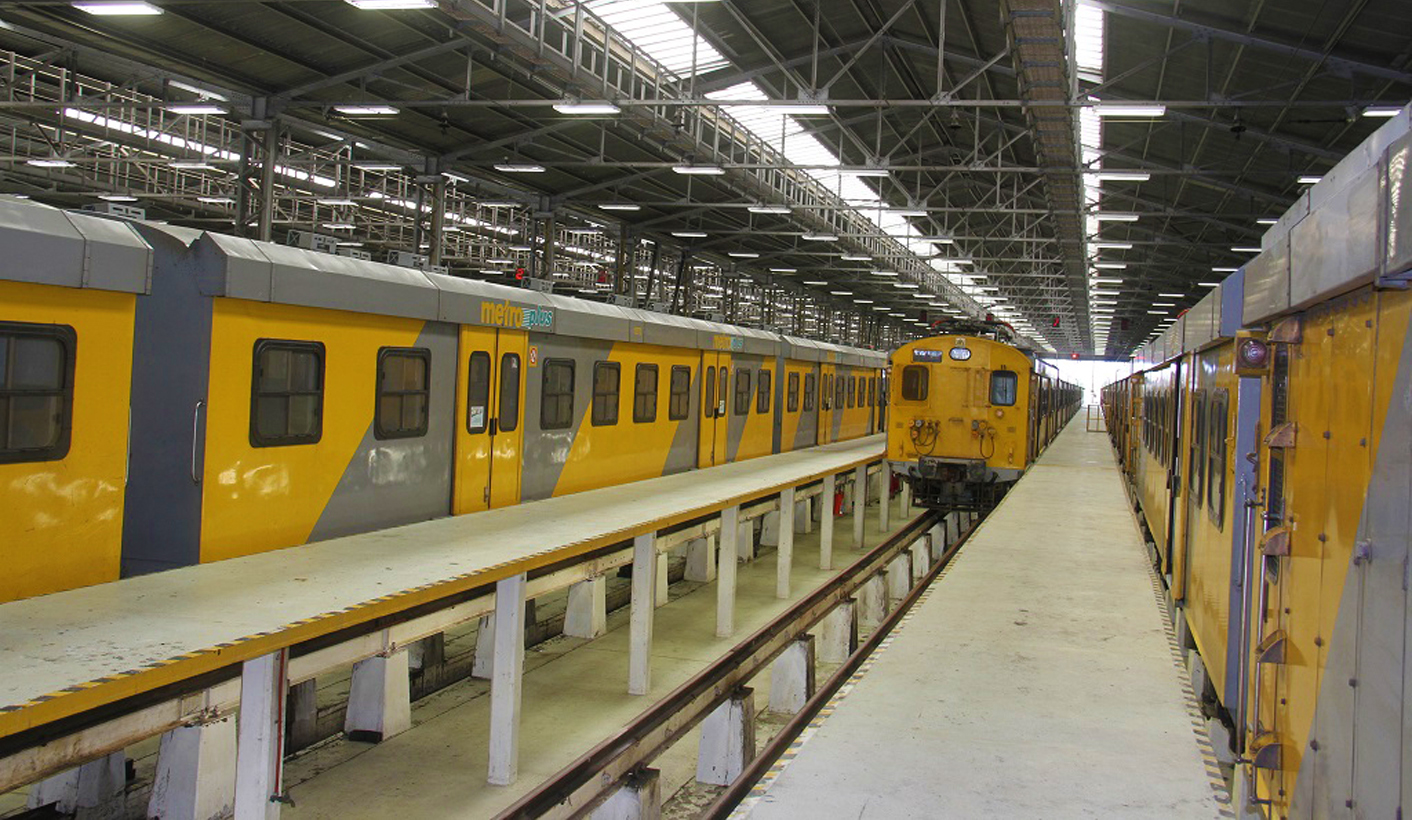 One month after the City of Cape Town and the Passenger Rail Agency of South Africa signed a safety deal to ensure train safety at Metrorail stations and carriages, a fourth train was torched in the city.

On Sunday 24 June, a train carriage was set alight at the Philippi Station. EWN reports that it was a result of arson by protesting commuters. This suspected arson incident was not the first of its kind in the last two months.

“We are aware of the train that was on fire at Philippi Station on Sunday night. Two motor-coaches were completely destroyed and one plain trailer was slightly damaged. The fire was extinguished before midnight and there were no injuries reported. Police are still busy with the investigation and Metrorail is working with the police,” said Zinobulali Mihi, spokesperson at Metrorail.

The cause of the fire and estimate of damage will be assessed during post-incident investigations, said Mihi, who spoke to Daily Maverick after Sunday’s fire.

This is the fourth incident in two months. Previously, train carriages were burnt in Retreat, Steenberg and at Ottery Station. The Ottery fire claimed the life of a woman.

This is despite the City of Cape Town, Prasa and the office of the MEC for Transport and Public Works in the Western Cape working together to sign a memorandum of understanding to create a railway safety unit operational within two to three months.

This announcement was made by the City of Cape Town and Prasa at the end of May 2018.

‘The unit will consist of at least 100 members and will focus on commuter safety as well as vandalism and the theft of crucial Metrorail infrastructure and assets. The unit’s members will rely on technology and crime intelligence, and will support the SA Police Service to identify those who are involved in the illicit metals theft industry,” said Brett Herron, mayoral committee member for transport and urban development, after the announcement.

Herron said in a statement the unit would run for 12 months, which will cost R47. 9-million. This will be funded by Prasa, the City’s Transport Development Agency and the Western Cape government.

Commuter safety issues at Metrorail have come under intense scrutiny in recent months, with commuters often raising their voices against Metrorail’s trains. These are often overcrowded, late, delayed or simply cancelled with no other alternatives offered to commuters.

“Commuters put their lives at risk on a daily basis just to get to work and school. The fires lead to further delays and cancellations which only leave commuters more frustrated.”

The organisation has been leading a campaign to fix the rot at Prasa, to get trains running efficiently and safely for around 120,000 commuters in Cape Town.

“Metrorail regional management have spoken about the threat they face when it comes to vandalism. However, we believe that it is organised criminal syndicates causing the damage as well as stealing the copper. It needs to be properly addressed in Prasa’s turnaround safety plan.

“We are yet to see how the agreement between them, the province and the City of Cape Town will help. We have asked Prasa for a copy of their memorandum of understanding in this regard, but have yet to receive it,” said Hirsch.

Herron, however, told Daily Maverick that he had been engaging on the safety deal with Prasa and Metrorail over a long period in order to come up with a joint effort to prevent crime and the destruction of the rail system.

“In February 2018 I hosted a discussion with Prasa, the provincial government, City officials and some business stakeholders on how to address the rail service and its challenges.

“We finally agreed to the deployment of a dedicated law enforcement contingent to the rail service. The contract committing funding for this initiative was signed by all three parties and the enforcement unit is in the process of being staffed and set up.

“As the City, we are committed to working together with the other very important role-players in the urban rail realm such as Prasa, Metrorail, the national Department of Transport, and the Western Cape provincial government to address the current crisis.

“The dedicated unit is undergoing staffing and is in the process of being established. We have also set up a Rail Management Task Team, chaired and convened by Transport MEC Donald Grant, which will meet regularly and oversee the implementation and progress we make.” DM