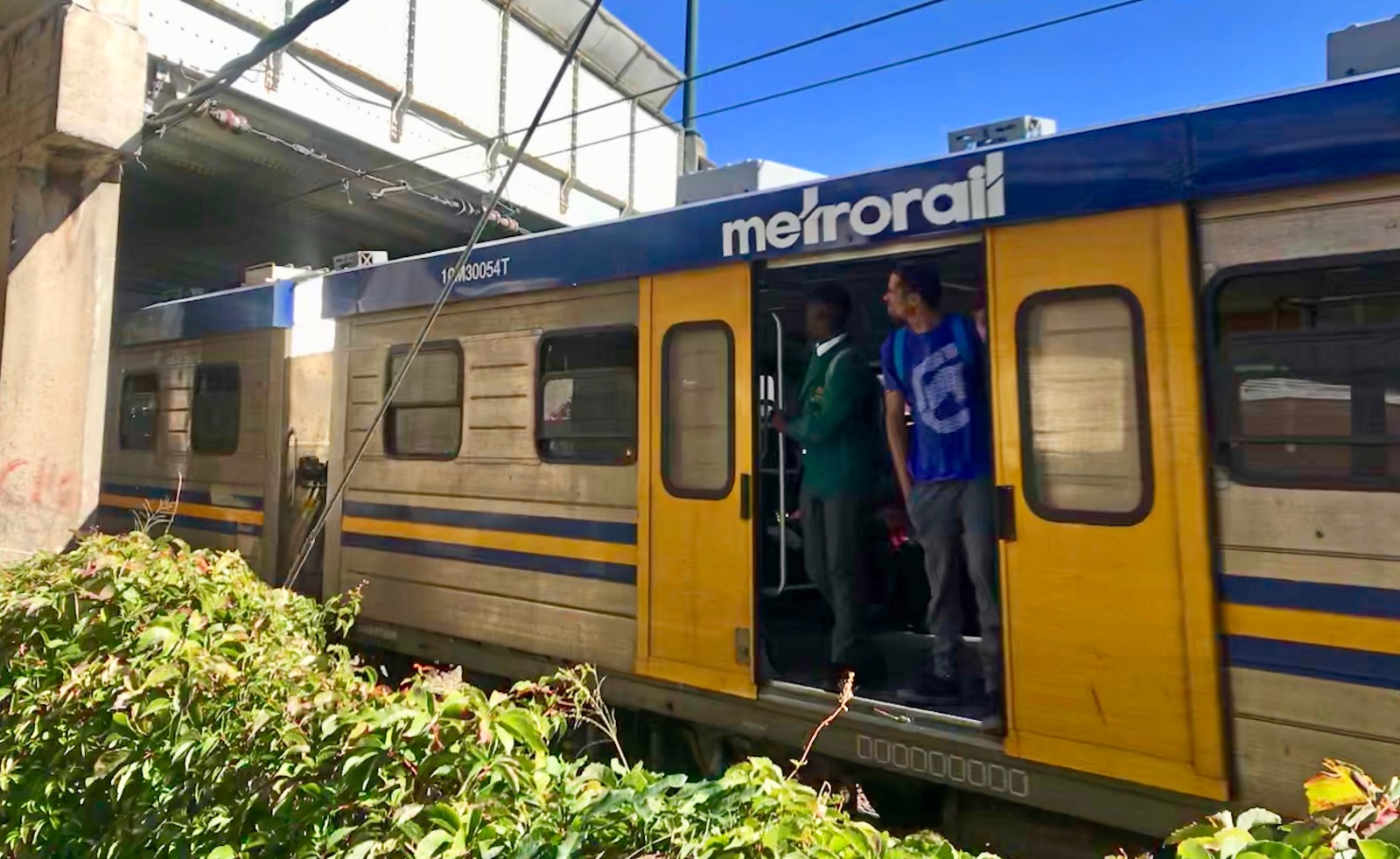 Photo by Brent Meersman/GroundUp On 23 February 2022, the Passenger Rail Agency of South Africa updated the Western Cape legislature on its plans to reverse its decline in service. (Archive photo: Brent Meersman)

Following the tragic death of a Metrorail commuter in Cape Town, mayoral committee member Brett Herron has accused the Passenger Rail Agency of South Africa of failing to pay R16-million towards a co-funded railway unit aimed at ensuring the safety of commuters.

The City of Cape Town claims Prasa has failed to contribute R16-million to a railway safety unit, despite the signing of a memorandum of understanding in May. This comes as a commuter was killed after being thrown out of a carriage during a robbery on the train in Cape Town on the evening of Friday 7 September.

“This latest incident has prompted me to publicly express my exasperation with the fact that to date, Prasa has failed to pay its part of the funding that is needed for the special Rail Enforcement Unit that the city is training,” said Brett Herron, mayco member for Transport and Urban Development in the City of Cape Town.

“The city and the provincial government have stepped up to the plate and offered unprecedented assistance to Metrorail commuters,” said Herron, after the attack on nine men on Friday night. The men were thrown out of the carriage. Eight sustained injuries, but one victim died. The victim has not yet been identified, but has been reported to be in his early 30s.

“We have not received Prasa’s contribution of R16-million as yet. Prasa, the City of Cape Town, and the Western Cape Provincial Government, all signed a memorandum of agreement in May 2018, whereby we committed to co-fund a dedicated Rail Enforcement Unit to focus on the safety and security of rail commuters and rail infrastructure. The City and Province have paid their contributions, we are still waiting for Prasa to honour their commitment,” Herron told Daily Maverick on Monday.

Herron has sent a letter to transport minister Blade Nzimande, calling for his intervention so Prasa can pay the outstanding amount and for the minister to declare rail services in the city as in a “state of emergency or disaster.”

“I did this so that the national government can deploy additional resources to investigate, arrest and prosecute those responsible for the ongoing attacks and sabotage and to assist us to turn this service around and prevent it from total collapse,” said Herron.

In June, Daily Maverick reported on the deal undertaken between the city of Cape Town’ s Transport Development Agency, Prasa and the Western Cape provincial government for a railway safety unit. This includes the city providing extra law enforcement officials to help combat vandalism, crime and equipment theft at Metrorail stations across the city.

Herron confirmed the cost of the new railway safety unit is R47, 9 million over 12 months, and Prasa needs to co-fund the project with R 16 million.

Herron said he has sent a letter to transport minister Blade Nzimande, calling for his intervention so Prasa can pay the outstanding amount and for the minister to declare rail services in the city as a “state of emergency or disaster.”

“I did this so that the National Government can deploy additional resources to investigate, arrest and prosecute those responsible for the ongoing attacks and sabotage and to assist us to turn this service around and prevent it from total collapse,” said Herron.

Responding to queries from Daily Maverick, Metrorail Western Cape spokesperson Zinobulali Mihi commented only as follows: “Prasa will be engaging with the City of Cape Town on the matter and will issue a formal statement in due course.”

Prasa said in a statement about the incident on Friday night that the SAPS had confirmed that the nine victims were colleagues who lived in the Eerste River area, and that one man died on the scene.

“It is alleged that 10 males robbed nine male passengers at gunpoint whereby one of the victims, a 35-year old, was thrown out of a moving train and died on the scene. The rest of the males were also thrown out of the moving train while being robbed of their personal belongings. They are said to have sustained injuries and were admitted to various hospitals in the surrounding area,” said the Prasa statement.

According to Prasa, the nine passengers were travelling between the Eerste River and Lynedoch stations around 10pm when they robbed.

MEC for Transport and Public Works Donald Grant condemned the attack, saying that while he was optimistic about the partnership between the city, the province and Prasa, he remained “disappointed at SAPS’s inability thus far to investigate these incidents of criminality effectively.” DM