Russia’s nuclear deal is icy, but its relations with SA are not – deputy foreign minister 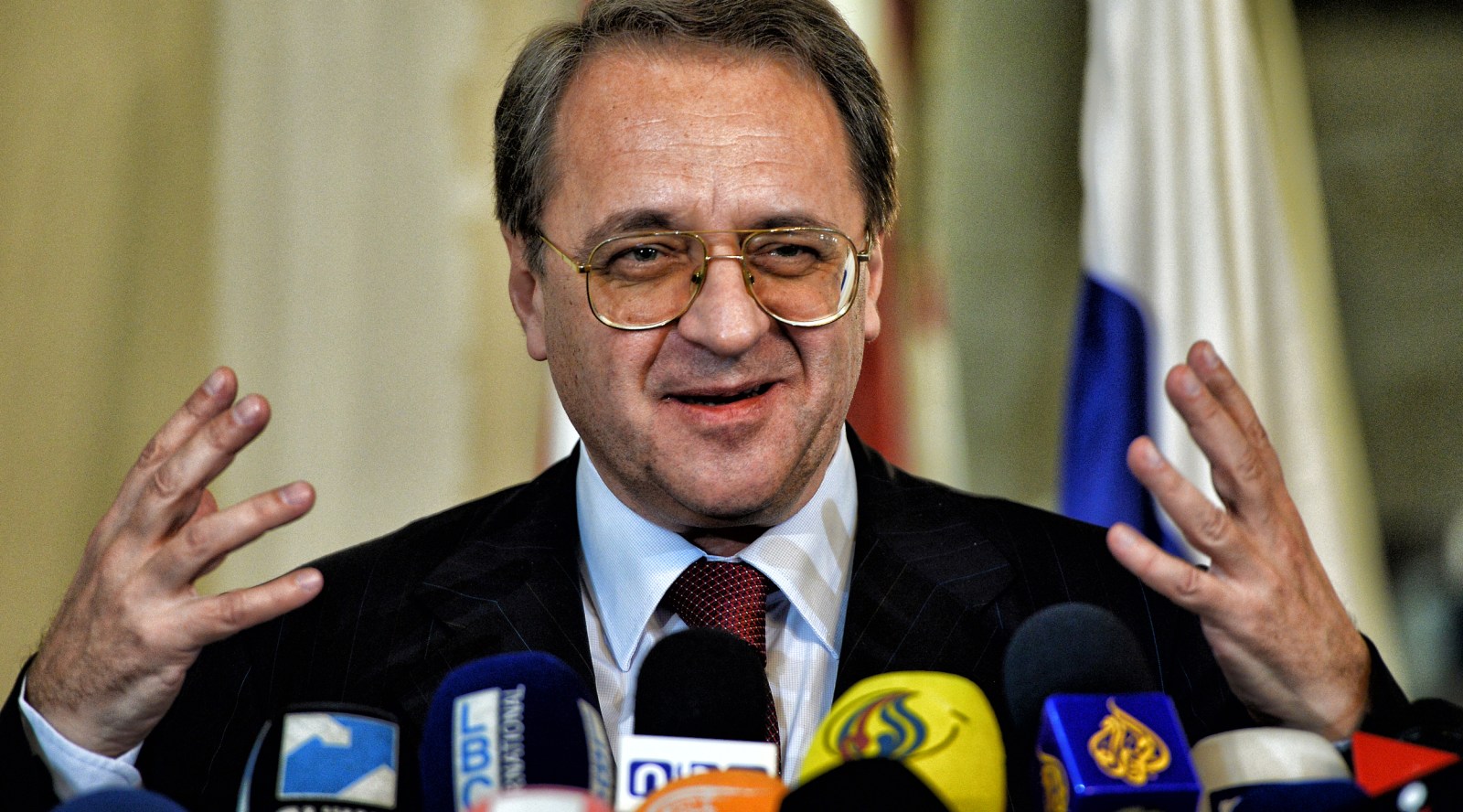 Russia lost out when a change in leadership meant that the nuclear power stations deal with South Africa is on ice, at best. Still, Russian deputy foreign minister Mikhail Bogdanov says his country’s future relations with Africa are looking bright.

The disintegration of the Soviet Union in late 1991 left Russia reeling, and it took years to recover from that. As the world order seems to be changing with Brexit and Donald Trump in the picture, the continents with future potential, like Africa, are ready for business with the world’s second superpower.

Russian deputy foreign minister Mikhail Bogdanov, who is also President Vladimir Putin’s pointsman on Africa and the Middle East, said as much on Saturday morning as part of a panel on Africa at the Rhodes Forum, held on the Greek island of Rhodes in the Mediterranean Sea, better known as a holiday destination and the former site of one of the legendary Seven Wonders of the Ancient World, the Colossus of Rhodes.

“After the disintegration of the Soviet Union, there were dire times in Russia,” Bogdanov said in Russian through an interpreter.

“There were many internal problems, but our capacities and abilities are growing and allowing us to have a more active external policy on this continent of Africa. Everyone shares the opinion that this is the continent of the future.”

In March 2018, Russian foreign minister Sergei Lavrov toured a few countries in Africa in what analysts suggest was “an attempt to reassert influence” at a time when Africa is being courted from many quarters.

Russia’s links with the continent are, however, also historic. In South Africa, it goes back to the struggle against apartheid, when it harboured exiles and gave them military and academic training.

It’s these kind of ties that can now be capitalised on for relations with Africa.

“We have links with the people of Africa who, in the ‘50s and ‘60s, fought for the sovereignty of Africa and our country provided efficient support,” he said.

“We feel it, there is still a very good attitude from leaders of that time.”

Russia has historical friendships not only with South Africa, but also Angola, Mozambique and Namibia – and it doesn’t judge, like some of Africa’s Western partners do.

“We are talking about economy, social infrastructure,” Bogdanov said about co-operation.

There is political will in Russia to forge closer relations with Africa, but Africa should also reciprocate.

“Many things depend not only on our politics or Kremlin politics, it’s a two-way street. We see a willingness from African partners to catch up and to seek opportunities for mutually beneficial co-operation for partnership,” he said.

South Africa is one of those partners by virtue of being part of the BRICS (Brazil, Russia, India, China and South Africa) bloc, which also offers Russia a springboard to the rest of the African continent. In this regard Bogdanov also used the magic word – multilateralism – mentioned by everyone at the forum. (It also featured strongly in the BRICS summit in Johannesburg a few months earlier.)

It’s become code for saying “to hell with Trump”, since he’s pretty much the only one opposed to multilateralism.

With regards to South Africa, however, the Russians have been disappointed with the way the nuclear power station issue has been handled. For now, plans have been placed on ice.

President Jacob Zuma had made Putin more than a few promises in this regard, without following proper procedures.

Bogdanov, in an interview on the sidelines of the Rhodes Forum, expressed a measure of disappointment about this, since a lot of time had been spent in talks so far, but he said Russia had other partners in Africa too for nuclear, in the north, south and central Africa – and places like India, visited by Putin last week, and Iran elsewhere. Nuclear is not only good for electricity or weapons, but for “medicine testing and scientific research”, he said.

“Russians are ready for expanding these things,” he continued, and they’re also ready to find someone who has money for it – unlike South Africa.

“Therefore we are approached by many governments and many countries to give them these technologies,” he said.

Bogdanov, in his speech, said African states and Russia often held similar views. Co-operation on the United Nations Security Council, where Africa has two non-permanent seats of which South Africa will occupy one from 2019 onwards, to “promote the strategic line and to implement peace support operations in Africa”, was one such example.

Russia would work through the African Union to co-operate with Africa, he said. Moscow is already pulling closer to Egyptian president, and next year’s AU chairperson, Abdel Fattah el-Sisi, as Bogdanov’s visiting Egypt later in October.

Although Russia seems to be emphasising economic co-operation, Bogdanov also mentioned multilateral aid for health and education, bursaries for African students, its military involvement, the strengthening of state institutions, and fighting international crimes such as terrorism and drug trafficking.

Migration also got a mention, but unlike in European Union-African Union relations, it’s not a main focus.

Russian government delegates prefer to read off pre-prepared speeches at this event, a delegate to the Rhodes Forum in previous years said, but on Saturday Bogdanov sometimes spoke off the cuff.

He was in a friendly space. The Berlin-based Dialogue of Civilisations, which was set up in 2016 and which is organising the Rhodes Forum, is backed by Vladimir Yakunin, an oligarch connected to Putin. This former head of Russian Railways is a controversial figure who has supported Putin’s homophobic policy views.

Even though he’s lately taken a back seat in the forum, it’s still clearly his baby – he made the most speeches of all during the forum, also during the two dinners – and he uses it to advance the Kremlin’s views in the rest of Europe.

This year the event had a strong Africa focus for the first time, after former Nigerian president Goodluck Jonathan spoke at the previous year’s event to great acclaim.

Some big names, however, didn’t show up this year, like academic Achille Mbembe and the United Nations Economic Commission for Africa executive Vera Songwe. Samia Nkrumah, president of the Kwame Nkrumah Pan-African Centre (she’s his daughter), Prime Minister of Guinea Ibrahima Kassory Fofana, and a former Malian president, Dioncounda Traoré, were there to to represent the continent. DM