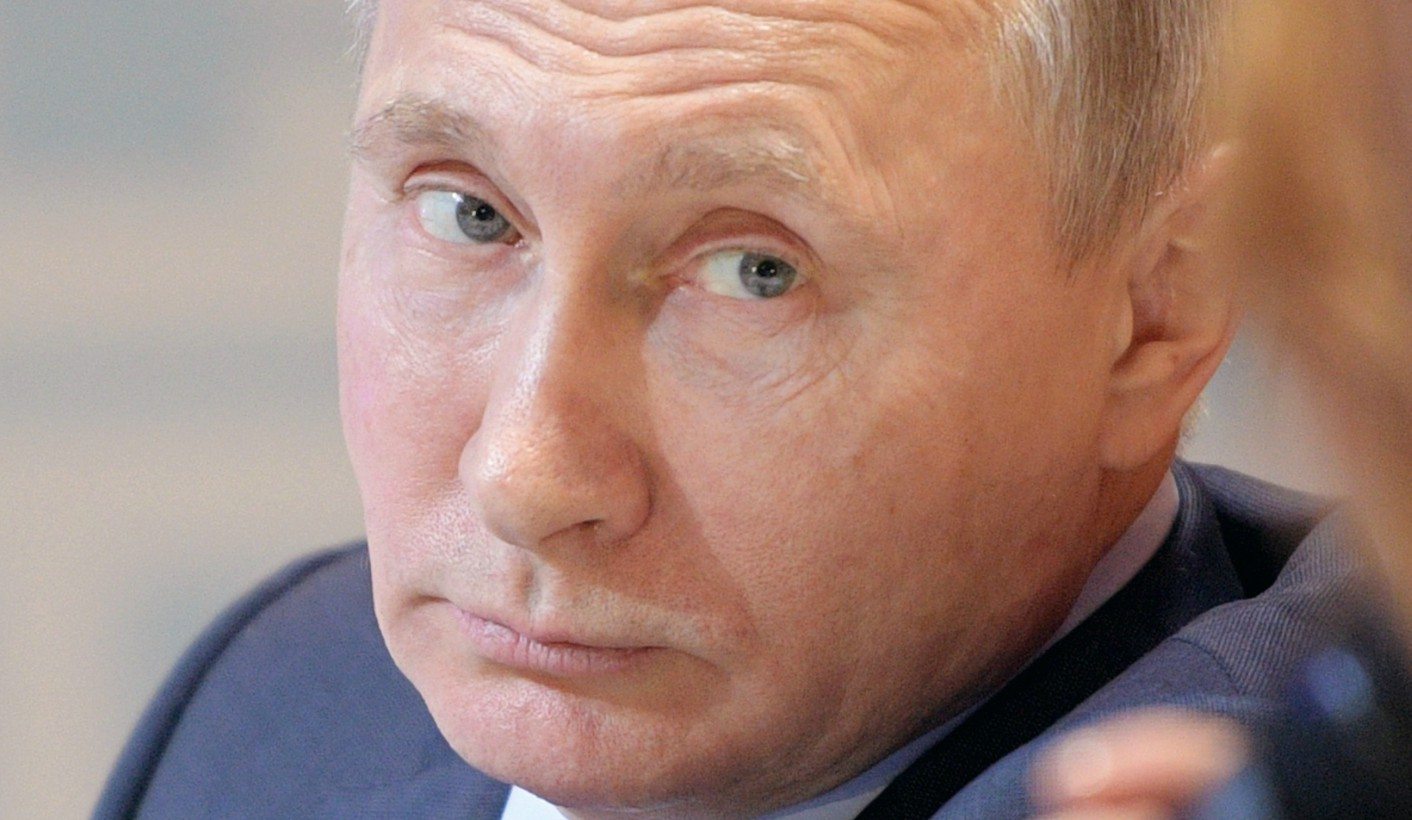 Through energy diplomacy, military might and soft power, Russia will gradually increase its influence in Africa. Ronak Gopaldas for ISS TODAY.

Russia’s timing is good – Africa is both searching for and being courted by new strategic partners, amid changing geopolitical dynamics. In the past, the Soviet Union offered African independence movements valuable material and ideological support as they sought liberation from their Western colonisers. Russia provided training and education to many African leaders.

With the dissolution of the Soviet Union in 1991, the African political capital largely dissipated. As the Russian Federation sought a new identity in the new world order, it turned West with Russia’s new leaders abandoning the past. The South, and Africa in particular, became a scapegoat for Russia’s problems.

Fast-forward to 2018 and there are many good reasons for a rapprochement. First, big changes among Africa’s traditional partners in the West have seen them adopt a more insular approach to foreign policy and international affairs. Events such as Brexit and the election of Donald Trump have triggered a change in international relations.

Consequently, there is a clear shift in the West’s relations with Africa (which is now primarily centred on migration and security) and this is a good time for new foreign entrants to make their mark. Apart from China, Russia is an obvious beneficiary, especially since Western sanctions after its invasion of Crimea meant it needed to find alternative trading partners. Then there is Putin, who places value on geopolitical relations and Russia’s dominance. In Africa there is scope to build a new power bloc that could be considered mutually beneficial.

Russia’s push to level the playing field and create a more equitable power balance in international relations is likely to appeal to Africa’s leaders. Further, the fact that Russia is largely self-reliant from a commodity perspective means that its economic relationship with Africa differs when compared to its peers – placing it at an advantage.

Russia’s method of trade and investment in Africa – without conditions or the moral prescriptions of the West – also opens the way for economic interactions on the continent. Indeed, trade and investment between Russia and Africa witnessed 185% growth between 2005 and 2015, according to Comtrade.

Overall, for Africa, the relationship with Russia is seen as complementary rather than competitive. With the conditions ripe for re-engagement, what might Russia’s approach be? In short – a combination of hard and soft power.

In this context, Lavrov’s visit to Africa, which coincided with that of US Secretary of State Rex Tillerson, was significant. There was a definite subtext given the strategic importance of African states on the United Nations (UN) Security Council and the fractiousness between Russia and the United States in the same body. But according to Alex Vines of Chatham House, the focus of the trips differed: “The Russian trip is really about commercial priorities, a bit about defence, while the US one is very much about peace and security.”

Russian energy interests include oil, gas and nuclear, with state-owned companies investing both in northern and southern Africa. Russia’s security influence includes large representations in peacekeeping bodies and supplying arms and training to the continent. Its soft power is exerted by offering non-Western-centric avenues of diplomacy and support (although critics argue that this approach is designed more to frustrate UN Security Council permanent members France, the UK and the US than it is to actually defend – in an ideological way – African states).

Russia has a notable military influence in Africa, both in terms of boots on the ground and military transactions with states. Russia is the second largest exporter of arms globally and a major supplier to Africa. Despite the controversy and moral issues around this (Russian weapons are often the ones showing up in countries under arms embargoes), it is likely to remain one of its comparative advantages.

Many African countries attend the “military games” hosted by Russia either to participate or observe. Interestingly, there is a clear correlation between major trading partners and those countries that attend the games. Over and above this, Russia provides large numbers of troops to UN peacekeeping missions. In fact, as Peter Pham of the Atlantic Council notes, Russian peacekeepers in Africa outnumber those from France, the UK and the US combined.

Economically, the focus has been on energy diplomacy. Key investments are in oil, gas and nuclear power. This investment charge has been led by companies such as Gazprom, Lukoil, Rostec and Rosatom which have investments or interests in Algeria, Egypt, South Africa, Uganda and Angola.

Because most large Russian corporations are predominantly fully or partially state-owned, most economic interest from Russia in Africa takes the form of public-private partnerships. Anecdotally, two features of Russian investments are that most are state-led, and that investments are often linked with military and diplomatic interests.

Russia’s activities in Africa haven’t been without controversy. Militarily, critics argue that Russia has exacerbated conflicts by supplying arms and training to the region. Commercially, Russian investment bank VTB’s involvement, along with Credit Suisse, in Mozambique’s “tuna bond saga” (which severely undermined governance and transparency) was seen as a prime example of the pitfalls of Russia’s “non-moralistic” economic diplomacy in Africa. The headline-grabbing Russian nuclear deal in South Africa has also been shrouded in controversy.

Diplomatically, Africa is of strategic interest to Russia in terms of the geopolitical support it offers – African states comprise the biggest geographic voting bloc across a multitude of global diplomatic, security and economic institutions, most notably the UN Security Council. Thus African support is enticing for Russia as it hopes to assert its dominance and relevance on the world.

Although Moscow lost many of its “soft power” instruments with the fall of the Berlin Wall, including the African service of Radio Moscow, Russia Today still offers positive coverage of Africa. Moreover, Russia’s creation of an alternative credit rating agency in 2015 to counterbalance the influence of Western agencies over the developing world’s access to finance has been received with enthusiasm by African leaders. Recent moves such as visa-free access for South Africans and the provision of scholarships to citizens from the developing world are further evidence of soft power in action.

The world’s political power dynamics are shifting in terms of influence and interests. Although Russia is edging closer towards African states, it is debatable what tangible impact this is having. Despite the willingness to play a more meaningful role in Africa, its ability is constrained. Russia lacks the financial muscle and scale to replicate the Soviet Union’s success in this area, while Asia and Europe remain bigger priorities at this stage.

Indeed, as Stephanie Wolters of the Institute for Security Studies notes, “Russia’s position hasn’t really changed much in the past few years – ie bargaining for African support in multilateral institutions in return for UN Security Council vetoes”.

However, through strategic energy diplomacy, military might and soft power, Russia will gradually increase its influence in Africa on an incremental, rather than an exponential, level.

For their part, African states should be alive to the opportunities and pitfalls of this – and view Russia’s interest within a broader strategic context. Amid a new “scramble for Africa”, African policymakers should exploit renewed attention in an advantageous manner, rather than fall victim to “geopolitical chess” – as has previously been the case. Brokering favourable deals, on favourable terms, will be key in determining the success of the next chapter in Russian-African relations. DM