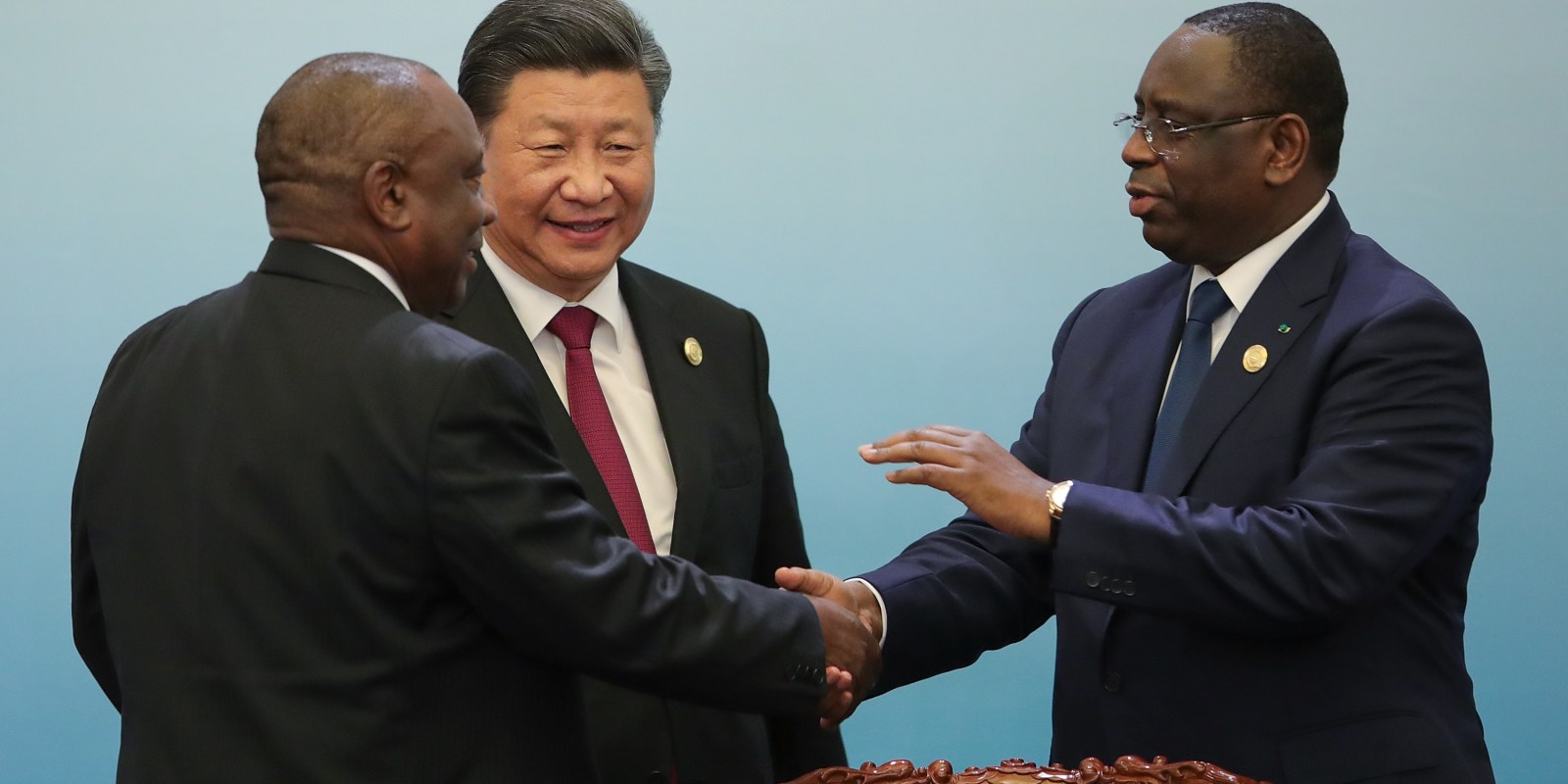 With the consent of African governments, China’s subtle but deliberate strategy is paying off. By Ronak Gopaldas for ISS TODAY.

Mass indignation greeted the revelation that South Africa was to receive a R370-billion “gift” from China, amid criticism about the lack of transparency surrounding Eskom’s recent loan deal with the China Development Bank. In the same week, reports emerged that two Zambian parastatals were being considered as collateral for loans from the Chinese government.

This was cited as evidence of China’s ‘predatory’ form of debt trap diplomacy that threatens the sovereignty of African nations. Speculation around which strategic assets and countries were next in China’s cross hairs followed. Accusations were that governments of South Africa and Zambia were mortgaging their futures to the highest bidder.

Much of the discourse has been simplistic – painting China as evil and African countries as naïve bystanders. The reality is far more complex.

She is right. While it’s true that China is pursuing an expansionist agenda in Africa, this does not absolve African governments of their responsibility for bad decisions and deals when things go awry. Amid the hyper-polarised debate, it’s important to ask more nuanced questions around the exact nature of China’s engagement in Africa.

The recent Forum on China-Africa Cooperation (FOCAC) summit offered insights into China’s evolving relationship with Africa. It was telling that over 40 African heads of states attended this years’ edition. The reasons were clear – China, the continent’s largest trade partner, was going to be ‘sprinkling the proverbial candy’. Apart from the usual pledges, two central themes emerged, namely Africa’s debt, and where Africa features in China’s geo-political ambitions.

China was keen to push back against allegations that its Belt and Road Initiative was deliberately overloading poor African nations with debt. Through symbolic gestures like debt forgiveness, new financing arrangements totalling US$60 billion, and stressing that there are ‘no strings attached’ to its financing, China skilfully attempted to reframe Sino-African relations as a partnership of equals. This is in contrast to the methods used by the West which are deemed to contain onerous political conditionality.

Geopolitically, the Belt and Road Initiative and infrastructure focus was again the centrepiece of China’s strategy in Africa. With its young population, growing consumer market and cheap labor Africa provides complementary drivers for China’s economy. At the same time, Africa faces a major infrastructure deficit and funding gaps, which China is able to plug.

But despite China’s rhetoric about a win-win relationship, critics point to a very subtle but deliberate strategy known as ‘salami slicing’. It explains how China has been able to make significant gains in Africa and beyond, without generating widespread public outrage.

The practice involves the slow accumulation of small changes, “none of which in isolation amounts to a casus belli, but which add up over time to a substantial change in the strategic picture,” according to military analyst Robert Haddick.

This incremental strategy has been employed with considerable success for territorial gains in the South China sea. There is now evidence that it’s taking root in Africa.

For example, the construction of a naval base in Djibouti is part of an effort to establish a “string of pearls” along the Indian Ocean. In both Mauritius and the Seychelles, China has made steady advances – muscling in on India’s sphere of influence.

In the past, China’s approach to Africa focused on economic issues, leaving security engagement to the United States. But China’s military equipment is now being used by more than two-thirds of African countries, according to the International Institute for Strategic Studies.

This reflects the growth in Beijing’s influence and investment in the continent. Indeed, military exports rose 55% between 2008 and 2017 according to the Stockholm International Peace Research Institute.

Meanwhile, economically, China has been successful to such an extent that arch rival Taiwan has been left with diplomatic ties to only one small African country, eSwatini. The appeal of the Belt and Road Initiative as well as cheap and easy finance are cited as the primary reasons for the steady switch of allegiance by African states since the 2000s.

Until now, these actions have largely gone under the radar. But China’s slow and patient approach to establishing dominance in Africa is raising eyebrows. It is seen as clear evidence of “salami slicing” being effectively used to achieve both geo-strategic leverage and economic penetration.

The genius of the tactic is that it happens slowly, then suddenly. As Haddick explains: “A salami-slicer puts the burden of disruptive action on his adversary. That adversary will be in the uncomfortable position of drawing seemingly unjustifiable red lines and engaging in indefensible brinkmanship.” Simply put, China is only able to advance as far as it’s given licence to do so.

The pertinent question is how and why African governments continuously find themselves in these compromised positions. Is it naivety, willful ignorance or something more sinister? As Were and others argue, it’s easy to blame China for the financial woes of the continent, but nobody is being forced to accept shoddy deals.

The conversation needs to shift from the blame-game to what African policymakers are doing about China’s perceived imperial and predatory agenda. African political elites have long dodged the issue, but China’s global designs are no secret, and electorates are demanding greater accountability from their leaders.

Indeed, as Peter Pham, Abdoul Salam Bello and Boubacar-Sid Barry write in Foreign Policy: “Chinese loans are neither inherently good nor bad – they will be whatever the African nations choose to make of them.

“Increased competition for African real estate and resources should, in theory, enhance the bargaining power of African governments, which is inarguably a good thing. The question, however, is whether African leaders will rise to the occasion or whether they will settle for deals that may deliver short-term gains but at significant long-term costs.” DM