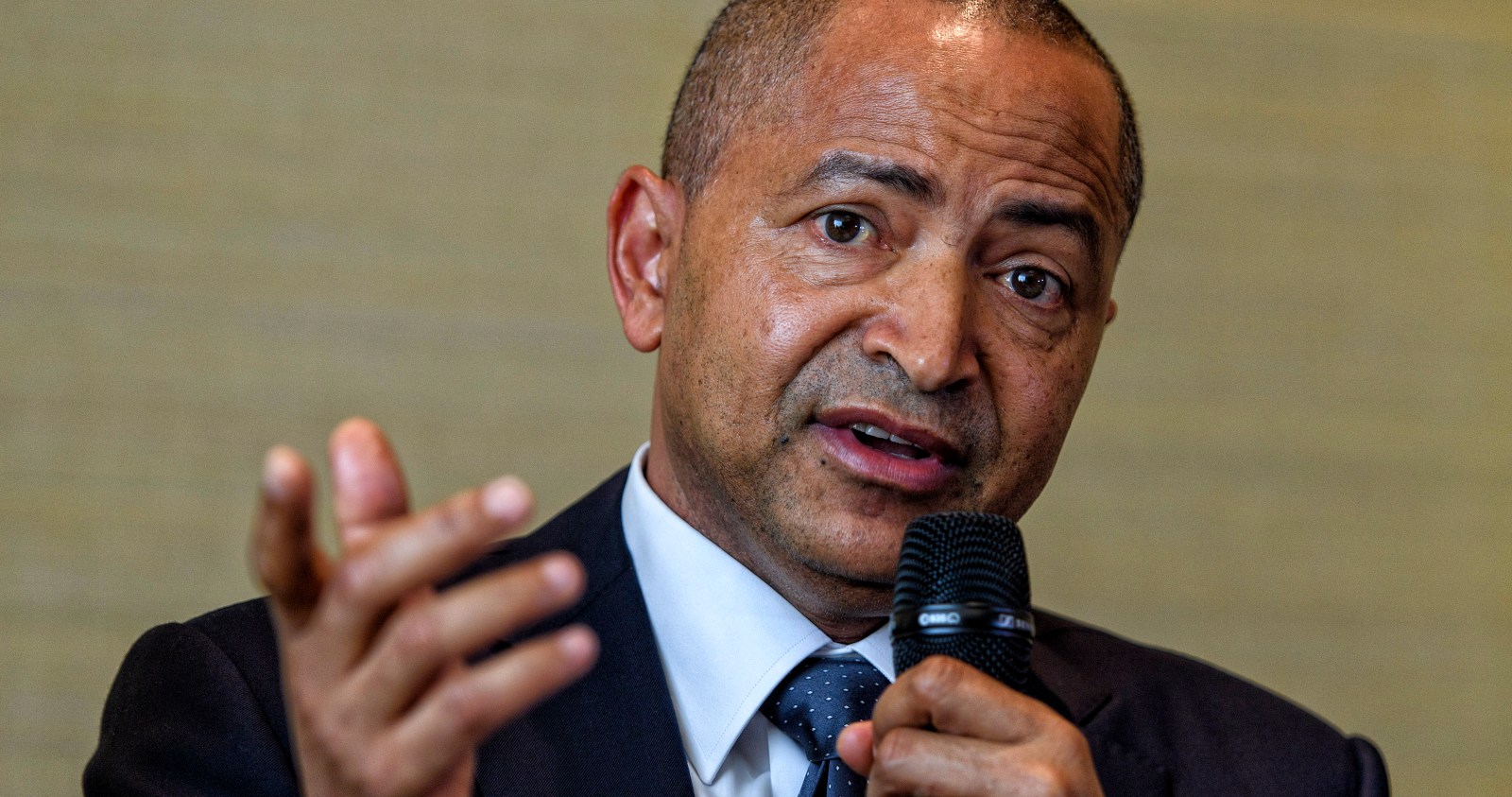 President Joseph Kabila from the Democratic Republic of Congo gave world leaders the undertaking that all is on track for December’s much-postponed elections, but opposition-leader-in-exile, Moïse Katumbi, says Kabila is out of touch. It might fall on South Africa to help pick up the pieces.

Moïse Katumbi has not been in his home country, the Democratic Republic of Congo, for two years, but in an interview this week he said he could still be president.

At the very least, the 53-year-old businessman and former governor of the Katanga region wants to see a credible election in December, meaning he wants President Joseph Kabila and his preferred successor, interior minister Emmanuel Ramazani Shadary, out of government. He’s lobbying sympathetic foreign leaders to help make this happen.

“Kabila knows if I stand, I will win the election. People know my achievement as governor,” he said.

“I fought corruption, I did lots of roads, schools, electricity, everything. He knows if I go there as president, what I will do in one year will close his record.”

Katumbi was close to Kabila until he resigned after eight years as governor in 2015.

Katumbi, who is now based in Belgium, tried to go home in August for the nominations window but was dramatically barred at the border. He left the DRC in May 2016 after being accused of plotting against Kabila, and he was sentenced, in absentia, to three years in prison the following month for real estate fraud – a charge he said was politically motivated, just like the claims that he hired mercenaries and that he was an Italian citizen. Katumbi said his lawyers were still fighting his battles in court.

“When I was a governor I was Congolese, but when I resigned I became Italian. I was born in Congo and have the Zairean green paper. People know me where I grew up,” he said.

The people in Italy, where he’s supposedly registered as a citizen, don’t.

When he travels, he’s forced to use an old passport, he said.

“All my family members were given the biometric passports, but luckily the countries where I travel know my situation.”

This week Katumbi jetted into New York City where world leaders are gathered for the United Nations General Assembly. Katumbi is not specific about who he’s meeting there, but in the Mandarin Oriental’s plush 35th-floor lounge, with its full-length views of Central Park and Manhattan highrises, he’s flanked by another opposition leader, Martin Fayulu.

They’re talking about the possibility of the seven largest opposition parties uniting behind one candidate, to be announced a month before the December 23 elections.

Fayulu also said a rally is also in the offing, this weekend or next.

Katumbi, Félix Tshisekedi, and Jean-Pierre Bemba each have from 17% to 19% of the electorate’s support. Tshisekedi is the only formal candidate, because Bemba was barred for his conviction by the International Criminal Court for witness tampering. His war crimes convictions were quashed in May.

Last week Katumbi was in South Africa where he was one of a small group of opposition leaders or their representatives meeting with the ANC’s Secretary-General Ace Magashule and head of the international relations subcommittee, Lindiwe Zulu, among others.

“The ANC expressed concern about the current prevailing situation in the DRC, which if not urgently arrested may lead to chaos, instability and violence,” Magashule said in a diplomatically worded 18 September statement.

The ANC would request “our own government to engage with the government of the DRC and SADC to ensure that its elections protocols are adhered to.”

This engagement was, as far as could be established, already in process.

Katumbi said he was happy the ANC heard them.

“We went to see the ANC to tell them the real situation in the Congo. Kabila is lying in SADC when he says the situation is under control when there’s killing and plunder of resources in the Congo.”

Further, Kabila was violating their agreement in December 2016 about the postponement of the elections, he said. They agreed Kabila could remain in power after his term expired on condition that he freed political prisoners and launched an independent investigation into Katumbi’s charges to allow him to run.

“We went to the ANC to say ‘we need your help, we don’t want instability in the region’. South Africa is a model of democracy,” he said.

South Africa had invested a lot in the DRC. The Sun City negotiations ended the civil war in 2002 and led to democratic elections, he said. Also, the party itself had a good record of holding presidents to account as it had replaced two in its recent past.

Katumbi’s connection to South Africa started in 1984 when he transported frozen fish from Cape Town to sell in the DRC. In 1993 he snapped up a few plots in Bryanston when property prices dropped, and sold them at a profit later.

“I’ve known Patrice since the time of President (Nelson) Mandela. We don’t talk politics, we just talk football,” he said, as they both owned football clubs.

In March Katumbi chose Johannesburg to launch his party, Ensemble, in the hope that he would return home soon.

Opposition parties had two main gripes. One is the reliability of electronic voting machines in a country with low computer literacy and limited electricity networks, and the second is the validity of 10 million out of the 46 million names registered as voters.

Fayulu said: “The fight is, will we let Kabila organise elections with voting machines and fake names? No.”

The opposition would not boycott the elections, but he hinted that elections could not take place without the machines. He didn’t give more details. South African officials have expressed fears that Bemba’s supporters could get violent, but Katumbi and Fayulu said the only violence around the elections would come from the police.

They also expressed concern for renewed calls from Kabila at the UN General Assembly on Tuesday to withdraw the UN peacekeeping mission, even as a recent rebel attack in Beni in the North Kivu region killed 21 people.

President Cyril Ramaphosa has publicly expressed confidence that the elections would happen, but behind the scenes South African officials were getting ready to assist should the DRC require it. Kabila has so far refused foreign interference, and his officials reacted fiercely to news that former president Thabo Mbeki would be special envoy to the Great Lakes region. Those close to Mbeki claimed they were on good terms.

Observers say there’s been a positive shift and “renewed engagement” from South Africa, as well as from the broader SADC region, on credible and transparent elections in the DRC. It will be evident in the next three months whether regional pressure would be enough to make for an election that the DRC could believe in, and that would take Katumbi home to have a chance to contest. DM