What Next? ‘We won the battle on cannabis, but the war isn’t over’ 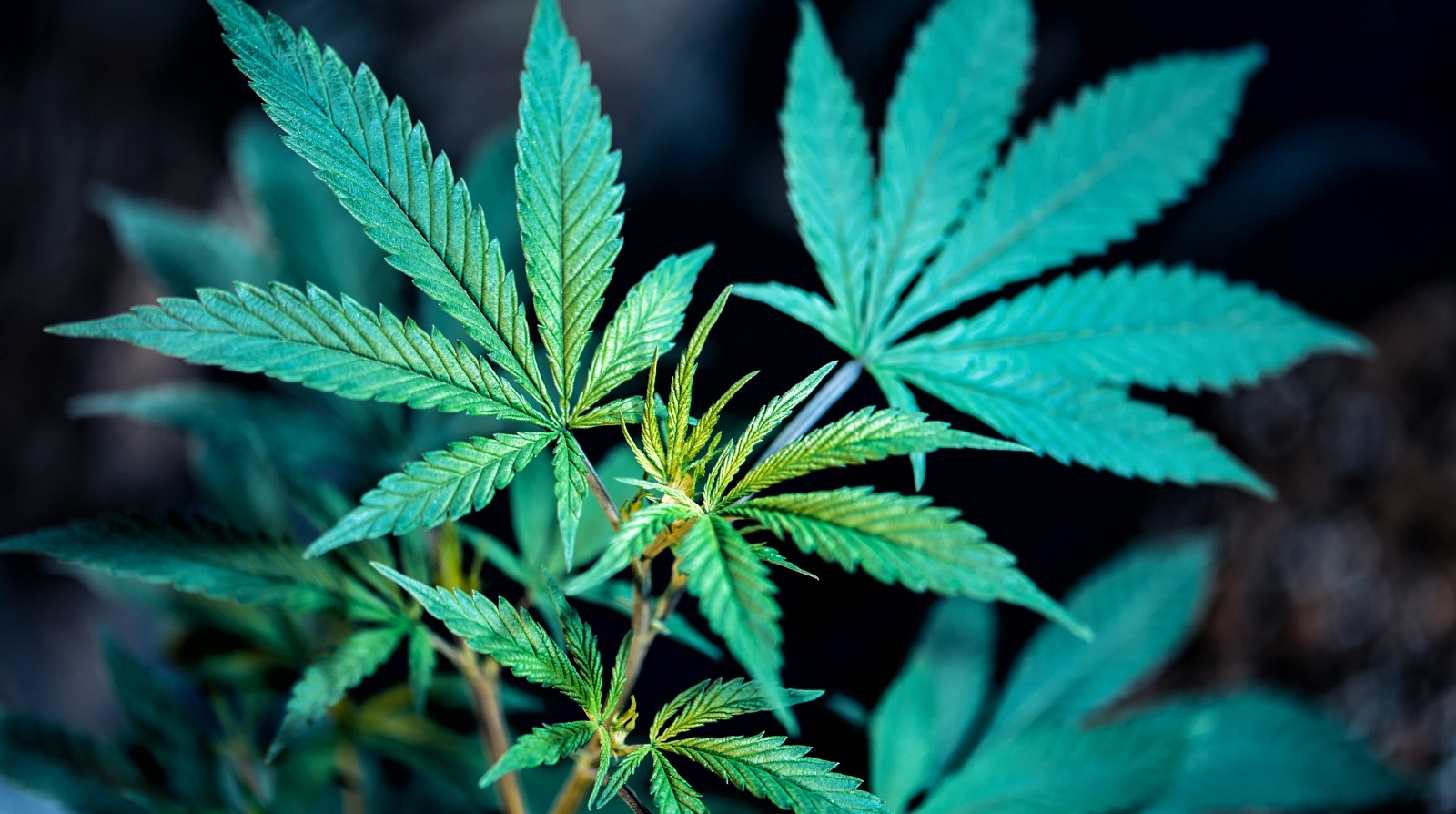 Photo by Roberto Valdivia on Unsplash

The landmark Constitutional Court judgment on cannabis has created a number of legal grey areas likely to be tested in court as Parliament has two years to define what “personal use” and “private space” mean. Activists, meanwhile, are pushing to change the whole system.

The Constitutional Court’s ruling on Tuesday decriminalising some laws around adults’ cultivation and use of cannabis was welcomed by lawyers and activists, but they say the court’s reluctance to prescribe specifics around cannabis use introduces legal uncertainty during the 24 months Parliament has to change legislation.

While the judgment has immediate effect, lawyers and activists said they are prepared to challenge the police, NPA and courts as the authorities use their discretion to decide how much cannabis someone can have for their personal use and how a private space is defined.

Paul-Michael Keichel from Schindlers Attorneys worked on the case and said the court put no strict definition on what a private space where someone can use cannabis is. The court said the right to privacy, on which the judgment was based, extends beyond the home.

“You can get quite creative in terms of what you think of it,” said Keichel.

He said the ruling might allow people to use cannabis at friends’ homes, in exclusive cannabis members’ clubs or if a venue is hired for a private event. It could extend to a private car, but Keichel advised against parking your car and lighting a joint.

“We’re going to push the envelope as far as we possibly can,” said Myrtle Clarke, one half of the “Dagga Couple”, on what amounts to “private space”. Clarke and her partner Jules Stobbs intervened in the case brought by applicant Garreth Prince.

“The private space thing has to be tested in a court of law,” said Clarke. She asked how a homeless person’s private space is defined, what of private cannabis social clubs, and the annual, private 4/20 parties the activists throw.

The court did not define how much cannabis someone can possess for personal use and gave significant discretion to the police to determine whether the amount was for personal use or for sale, which remains illegal.

Clarke said the judgment failed to take into account the nuances of cannabis use. She compared the amount of cannabis someone might have to alcohol. She said a person is allowed to carry six cases of Johnny Walker in the car boot, without being questioned whether they are selling, but if someone has 30 grams of cannabis they may be considered a dealer.

“It’s really the only benchmark we have,” she said, believing no limitations should be placed on the amount of cannabis someone possesses. She said a person needs a significant number of plants for medicinal or oil purposes.

Clarke said the discretion given to police was “most disturbing”. She and Stobbs still face cannabis-related charges and Clarke claimed police egotistically assert their authority and try to solicit bribes from cannabis users, which behaviour was unlikely to change overnight.

Clarke said the NPA should give a directive to the police that takes a clear stance on the issue.

Given the uncertainty around the court’s ruling, Clarke and Keichel both expect cannabis users to go to court on charges that could test the limits of how much cannabis a person can possess and where they can use it.

“Somewhere in the middle is going to lie some uncertainty and someone will get arrested,” said Keichel.

He said he would be willing to work on such cases. The Dagga Couple have helped around 90 people facing criminal charges postpone their prosecution before the Constitutional Court ruled on the case and will assist those in borderline cases on the new law.

According to the Cannabis Development Council of South Africa, the judgment could ease the burden on the criminal justice system. It said 180,000 people were arrested in 2017 for cannabis-related use.

“This ruling will transform dagga use in SA from a criminal issue to a social issue and free up much needed police resources to focus on real crime,” it said on Tuesday.

Another grey area the court failed to explain relates to seeds. If you can cultivate and use cannabis for your private consumption, where do you get the seeds, considering the sale of cannabis, including seeds, remains illegal?

“Someone has to sell the person seeds,” said Clarke.

The court has left the details of how much cannabis a person can possess and where exactly they can smoke it up to the legislature, which should resolve the uncertainties within two years. Keichel said Parliament is likely to put specific limitations in place, following the model established in the Tobacco Products Control Act.

Parliament’s spokesperson Moloto Mothapo said on Tuesday that either Parliament could introduce a new Bill to rectify the constitutional defects in the law or a new Bill could come from the executive. The proposed law will then have to go through a lengthy process, including getting public comment.

Clarke, a leading campaigner for the decriminalisation of cannabis, said she was not confident Parliament would prioritise changing the law within two years. She said there was “a very good chance” they would have to go back to court to ensure Tuesday’s ruling is implemented.

The Constitutional Court ruling is limited to personal cannabis cultivation, possession and use, but activists see it as one step closer to achieving full decriminalisation, where cannabis can be further used recreationally, for medicinal purposes, and to boost the economy and provide jobs.

Clarke said it was “an excellent foundation”.

“The battle is won but the war is not over.”

“The potential is great,” said Dagga Party leader Jeremy Acton, campaigning for the 2019 elections to try to influence policy from within the corridors of power.

“It must be made the most of. It all depends if the youth decide their future.”

Acton said young voters have a choice between continuing the decades of criminalisation or unlocking a valuable resource.

Keichel said parliamentarians have an opportunity to radically reform the law.

“I think our lawmakers have now been told they are in the wrong and have to ask themselves what is the right way to go about this,” he said.

“I think the dollar signs are now going to start flashing in their eyes.”

Lesotho and Zimbabwe recently legalised cannabis growth under certain conditions and Canada in 2018 became the second country, after Uruguay, to legalise it, allowing licensed retailers to sell it and adults to carry up to 30 grams.

Clarke and Acton both advised against following the Canadian model, which they said allows big corporates to dominate production at the expense of small, local growers. Clarke said representatives from Canadian cannabis giant Canopy Growth Corp. were even present at the Constitutional Court on Tuesday.

Activists are pushing for a system that focuses on empowering local co-operatives who could distribute to retailers. They say the co-ops can be registered but shouldn’t have to pay exorbitant licence fees, which favour the corporate giants.

It would help formalise the country’s estimated 900,000 small-scale farmers growing the plant and allow the government to take corporate taxes and impose sin taxes like it does on tobacco and alcohol.

The Dagga Couple are currently touring the country with their proposal, planning to speak to 80 communities by April 2019.

“We collect great weed along the way,” said Clarke.

“This is like the discovery of oil if we use its potential,” said Acton.

He envisages a focus on the growth of local strains of cannabis, which can be used recreationally or for tourism, health tourism, fuel, textiles and other economic purposes.

“Cannabis has the potential to create new pathways for rural development and uplifting marginalised communities with the introduction of a legal cannabis industry in South Africa,” the Cannabis Development Council of South Africa said.

“Based on sustainable models of food, fuel, fibre, and medicine production at a community level, birthing massive economic and empowerment opportunities for grass-roots development.”

In response to the Constitutional Court decision, the department of agriculture, forestries and fisheries noted the developments in legalising cannabis around the world and the “huge potential for job creation”, focusing on the cultivation and manufacturing of hemp products.

In August, Trade and Industry Minister Rob Davies acknowledged the potential of hemp farming and said his department was researching “the obstacles and opportunities for South Africa to become an active and innovative player in this growing market”.

But activists have reason to doubt the government’s commitment to both recreational and industrial policies on cannabis.

Legislators have said the Medicines and Related Substances Act already allows for cannabis to be used for medicinal and research purposes. A medicinal dispensary was launched in 2018 in Durban and a Canadian firm announced it was exporting medicinal cannabis to South Africa.

He said non-psychoactive cannabis, rated at a schedule four rather than schedule six drug, was being sold widely and with little regulation, but many medicinal products remain out of reach.

Keichel said doctors must apply on a patient’s behalf for the stronger medicinal cannabis and prove there isn’t another drug that can work as effectively, which doctors are reluctant to do.

Despite helping many applicants apply for licences, Keichel said he doesn’t know anyone who has been approved for a medicinal licence to access the drug. DM