Apartheid cop looks to stay of proceedings to avoid Tim... 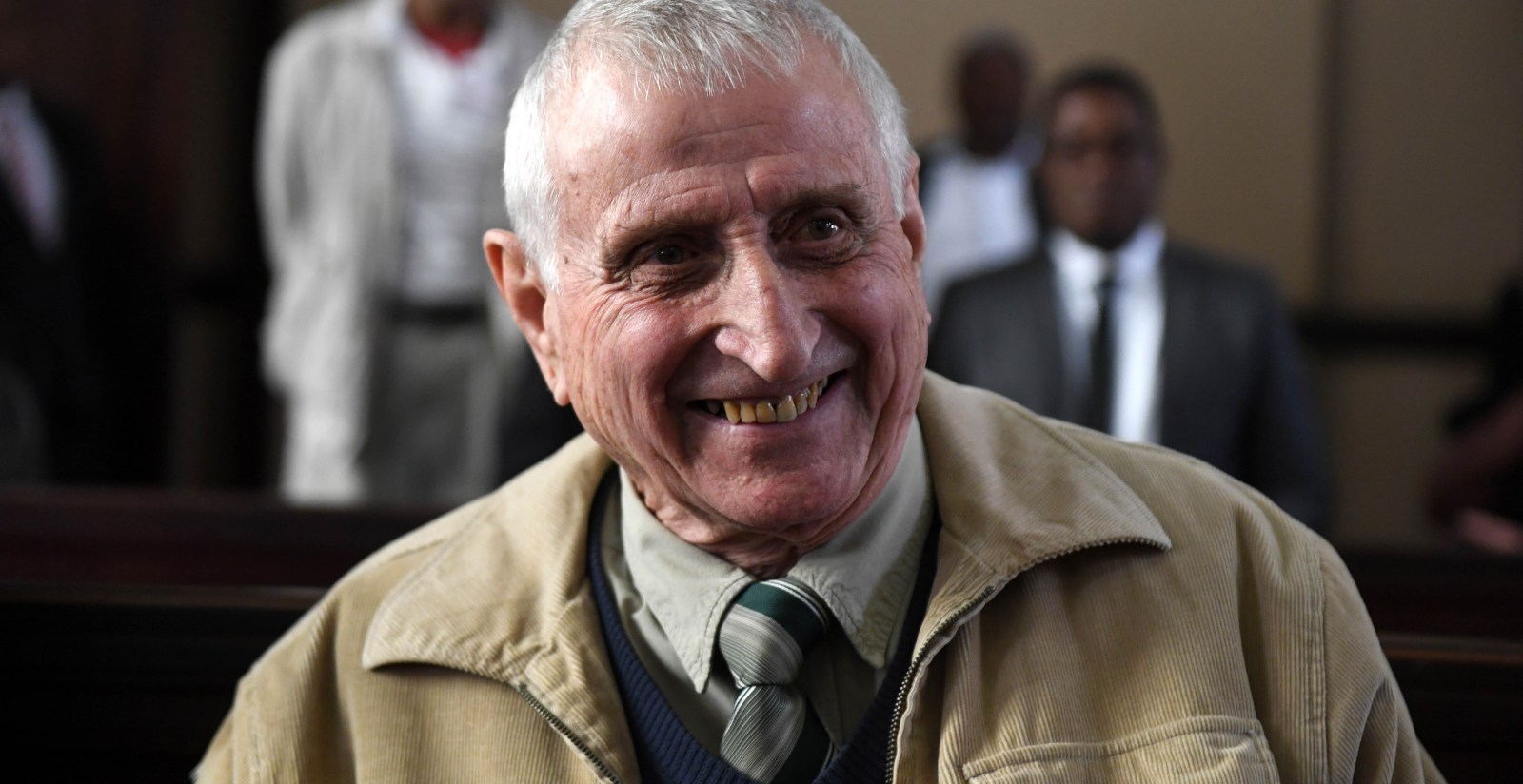 Apartheid cop Joao Rodrigues, charged with the 1971 murder of anti-apartheid activist Ahmed Timol, indicated on Tuesday that he wants the case against him dropped. Timol's family is open to talking, but only if Rodrigues will finally tell the truth.

Former Security Branch policeman Joao Rodrigues is expected to apply for a stay of proceedings to permanently avoid facing murder and defeating the ends of justice charges in relation to the 1971 killing of anti-apartheid activist Ahmed Timol.

Rodrigues appeared briefly in the South Gauteng High Court on Tuesday for his pre-trial hearing, which was postponed to 15 October.

His counsel, Advocate Jaap Cilliers SC, said he would probably apply for a permanent stay of proceedings. Cilliers has represented a number of defendants charged with crimes committed during apartheid and will probably submit that the case should not proceed.

“If the matter is 47 years old it needs to be attended to as soon as possible,” the judge told the prosecution and defence teams, who agreed on the postponement.

Rodrigues was released on bail in July after handing himself over to police. The charges follow the re-opening of the inquiry into Timol’s death.

In 2017, the new inquiry found the anti-apartheid activist had been murdered by security police after he was detained in John Vorster police station, tortured and pushed to his death from the 10th floor.

Judge Billy Mothle, who presided over the re-opened inquest, said Rodrigues concealed the murder and lied to both the 1972 inquest and the new hearings. Mothle overturned the previous ruling that Timol committed suicide and said he was murdered.

Rodrigues did not speak to the media on Tuesday.

Prosecutors will meet Cilliers on 12 October to discuss pre-trial details before appearing again in court to finalise proceedings on 15 October. Cilliers will have to submit an application for a stay of prosecution before then.

Applications for a permanent stay of prosecution need to prove that a defendant will not receive his right to a fair trial. Rodrigues will probably look to have the case dropped either because Timol’s murder was so long ago or because of his advanced age, 79 years old.

Prosecutors said on Tuesday that they don’t yet know on what grounds Rodrigues will apply for a stay of proceedings, but the state will oppose the application.

“It’s another day that’s gone. Forty-seven years later, we have to wait for 15 October,” he added. “The chances of Rodrigues leaving this world without us getting closure is a bitter reminder that the state needs to increase its speed.”

Cajee said his family was concerned that Rodrigues could die before the trial is completed and the truth of exactly what happened to Timol is revealed. The recent inquest said there were prima facie murder cases against two other Security Branch officers who have both died.

Cajee assumed Rodrigues had also died before the re-opening of the inquest. Rodrigues did not appear at the Truth and Reconciliation Commission. It was the former security officer’s daughter who told Cajee he was still alive.

“Make a full disclosure, let the family, let the county know what happened,” Cajee urged Rodrigues, suggesting he could set an example for other apartheid officers and grieving families in search of the truth.

If the accused revealed the truth of what happened to Timol, Cajee said his family would either push the NPA to drop the charges or not recommend he be sentenced to jail.

Khulumani Support Group director Marjorie Jobson noted the lack of support in the courtroom for Rodrigues. “It’s very noticeable how alone he is,” she said.

“He’s been given so many lifelines by Imtiaz and the family to come clean,” she added. Jobson called his refusal to reveal the full details of Timol’s murder “intransigent”.

Cajee credited the NPA for bringing Rodrigues’ case to court, but said the family of many other activists continue to wait for inquests into what happened to their loved ones in detention to be re-opened.

The NPA and investigators are working on a number of apartheid cases, but there appear to be few developments since Timol’s inquest.

Cajee was disheartened that while Rodrigues will face trial, the NPA has failed to charge former Security Branch officers Neville Els and Seth Sons who Mothle said misled the inquiry about their knowledge of assaulting detainees during apartheid. DM