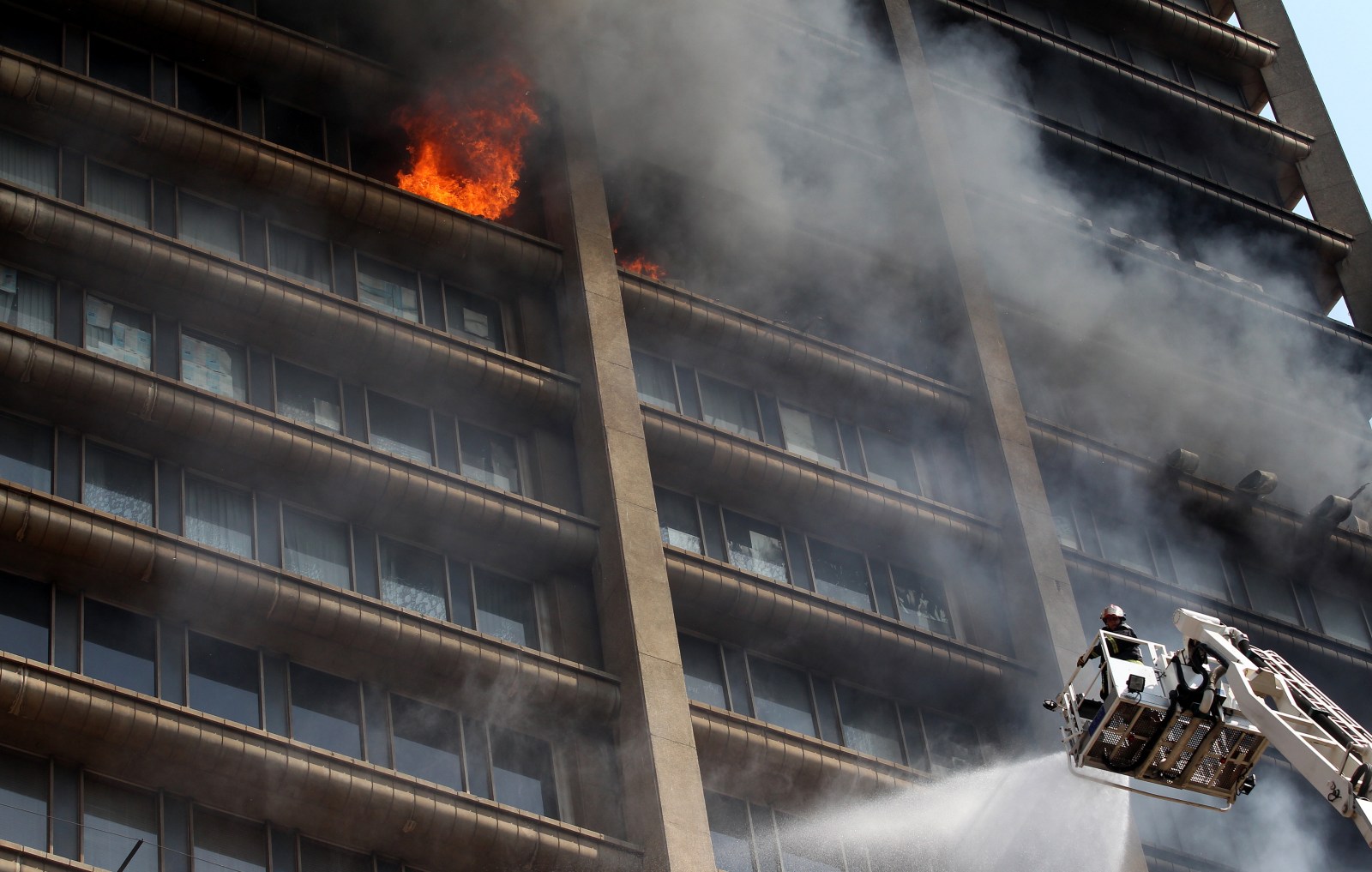 Firefighters try to extinguish a fire at a building on September 06, 2018 in Johannesburg, South Africa. Three firefighters were confirmed dead when a blaze broke out in a building which houses three provincial departments in the Johannesburg CDB. Photo by Gallo Images / Sowetan / Sandile Ndlovu

When Johannesburg firefighters struggled to contain a fire that broke out at the Bank of Lisbon Building in the city centre and which had already claimed the lives of three of their colleagues, they sent out a call for help. Among those who responded were 21 Ekurhuleni firefighters. On Tuesday, they were honoured for their bravery.

The City of Ekurhuleni Municipality has paid homage to its firefighters who helped their Johannesburg colleagues put out a fire that ravaged the Bank of Lisbon building.

At a breakfast in their honour, the 21 firemen were awarded honourable service medals.

The fire claimed three lives, damaged nine floors of the building and took firefighters from Johannesburg, Ekurhuleni, Tshwane and OR Tambo international airport four days to put out. The cause of the blaze is the subject of a forensic investigation.

According Kenneth Ngoepe, division head at the Department of Emergency Services at the City of Ekurhuleni, they responded to a request for a tanker from the City of Johannesburg on Wednesday.

The fire is believed to have broken out on the 23rd floor. Johannesburg firemen had attempted to contain it, but it reached the floors below through service ducts. Six firefighters became trapped on the 22nd floor. One fell to his death, two were unable to escape the blaze, two were hauled off the building by a helicopter, while another managed to escape down a fire engine ladder.

On Friday, the City of Ekurhuleni received a second call requesting more equipment and personnel.

“We decided to send “the ambassador”, which is a foam cannon and two hydraulic platforms with ladders which can reach a high level,” said Ngoepe.

William Tladi, a rescue technician and firefighter for Ekurhuleni emergency services, was at the scene.

“The morale of the Joburg firefighters was heavily dented after their colleagues passed on and they called us to come with fresh ideas to solve the situation,” said Tladi.

“At Ekurhuleni we are better resourced,” said Ngoepe.

“When we explained the need for equipment to the political heads, they listened to us, because we had problems in previous years,” said Tladi.

According to Vivien Chauke, mayoral committee member for community safety, firefighters were able to respond effectively because the City of Ekurhuleni had spent about R10-million on equipment from the Netherlands.

“I can tell you there is much respect and admiration for the team from Ekurhuleni for the work we did in Johannesburg,” said Tladi. DM