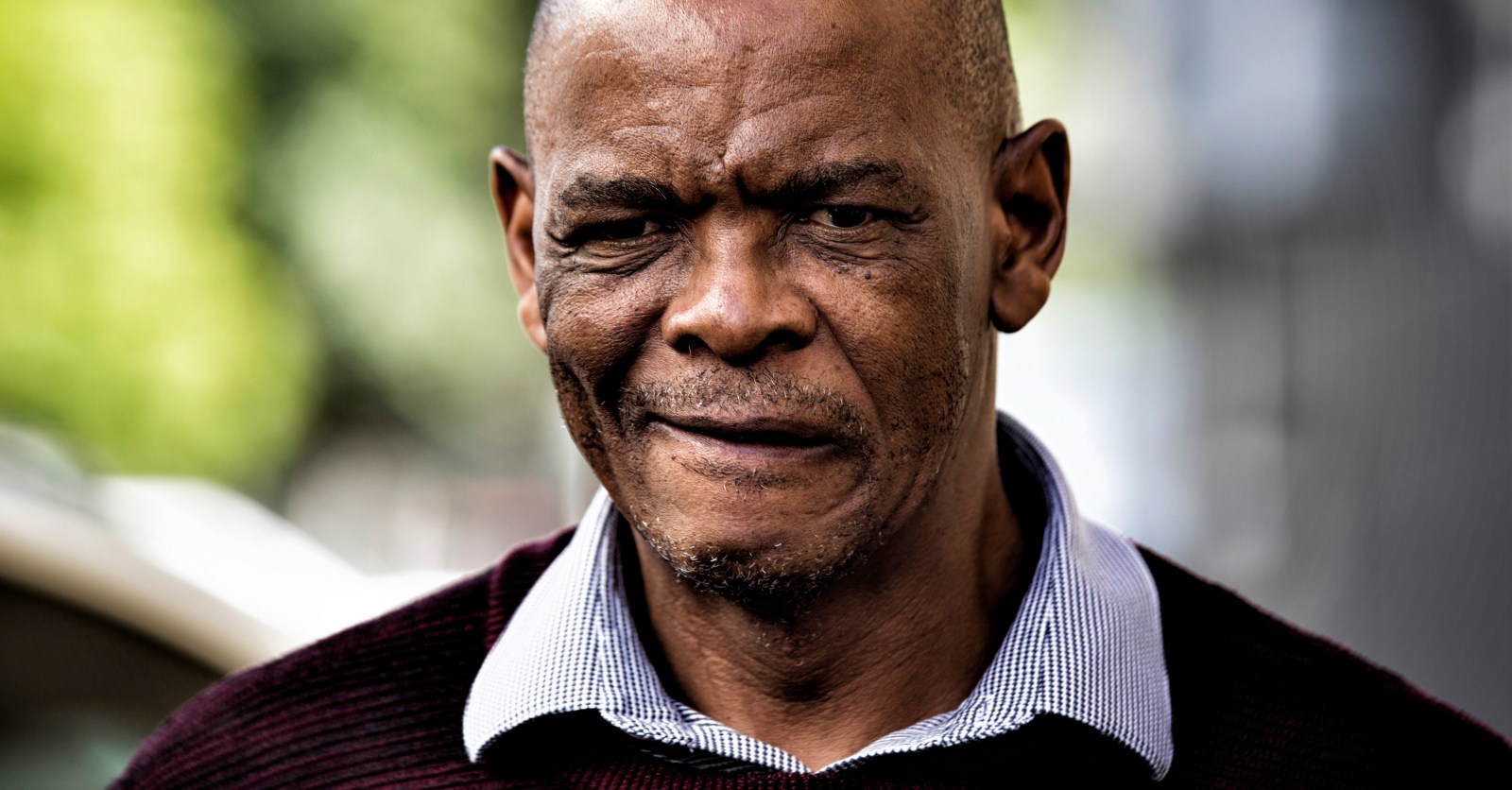 On Sunday morning Qaanitah Hunter and Jeff Wicks published apparent proof in the Sunday Times that there is a plan involving former President Jacob Zuma, and the current secretary-general of the ANC, Ace Magashule, to oust, or at least weaken, President Cyril Ramaphosa. This is the stuff of political dynamite. It may smoulder for a while but it is very likely to end in a political explosion. And for the moment, it may also provide all the excuse that Ramaphosa, and those around him, have been needing to finally act decisively.

Just the bare facts of the Sunday Times story are incredible. There is a photograph of Zuma, Magashule, former North West Premier Supra Mahumapelo and the secretary-general of the ANC Women’s League, Meokgo Matuba. They are clearly deep in conversation, and have been for some time. The photograph (and goodness knows how the newspaper got it) is the kind of proof that a story like this can need. It shows that they were all in the same room at the same time. Then there are the facts contained in the report, that it is not the first such meeting, that there was in fact another meeting, the day before, at another hotel in Durban. That meeting appeared to involve Mahumapelo and the former Chair of SAA, Dudu Myeni.

But that is not all. There are other on-the-record confirmations. The leader of the ANC in KwaZulu-Natal, Sihle Zikalala, says there was no formal meeting scheduled for Thursday with Magashule or Zuma. The former Premier of KZN, and current senior official in the ANC’s administration, Senzo Mchunu, confirms that he had been made aware of both meetings, but obviously won’t comment further.

To put all of this together means these facts, as reported, must be true. And this then leads to the questions that will have to be answered.

The first is this: why would the current secretary of the ANC meet with the former President of the ANC in this way? What was the point of the meeting, why were they meeting in the first place, and how often have they been meeting? Was this the first one?

It is important to remember the context of all of this. Magashule was quoted as saying “only populists would want Zuma out” just before Zuma left the presidency. He has also been consistently tied to claims that somehow there would be a special ANC conference or national general council that would see ANC delegates removing Ramaphosa as leader.

Then there are the various options that are now available for the people involved. Magashule cannot deny that the meeting happened. And he surely cannot deny being in contact with Zuma. Which means he could try to explain why he was meeting with him. In our current political context, and considering the divisions in the party, and the outcome of the Nasrec conference, if Magashule were to meet with Zuma for some legitimate reason, he would surely know that he would need to notify Ramaphosa first. If he did not, it would lead to the immediate suspicion, given the context, that Magashule was plotting against him. Which might mean that the only person who could save Magashule in this new mess, wonderfully, is Ramaphosa himself.

Then there is the prospect that Ramaphosa could use the ANC’s disciplinary machinery against Magashule, or Zuma, or Mahumapelo. Certainly, it would seem that something like this could be the basis of a disciplinary charge. That is probably unlikely, however. Any proceeding would be dragged out for years, and become hugely politicised. In the end, the chair of the ANC’s National Committee of Appeal is Nomvula Mokonyane, the current Minister of Communications, of “we will protect Zuma with our buttocks” fame. Who allegedly left the Department of Water and Sanitation in a collapsed state.

On Sunday afternoon, the ANC’s Chief Whip in Parliament, Jackson Mthembu, tweeted that this “deserves urgent attention by the NEC”. It may be hard for other NEC members to argue with him. This could lead to some sort of censure or even greater action against Magashule quite quickly. Still, it is hard to predict how this NEC will react to anything at the moment. There is also very little precedent for an NEC to remove an official who is elected by party delegates, especially a secretary-general who runs the entire organisation. But it may be possible, somehow, to remove him or demote him, pending the NGC, some time in the future.

Equally interesting is the impact this affair will have on Magashule’s own legitimacy as secretary-general. This position is a real headache for whoever has it. Running the ANC, as former secretary-general Gwede Mantashe will tell you, is an incredibly difficult job. But key to it all is trust. If the secretary-general is seen as compromised, the ANC simply will cease to function effectively. And while Magashule has had this problem from the start (because of his own behaviour, his own involvement in the Estina dairy project and the fact that only 26 votes separate him and Mchunu at Nasrec), this surely takes his problems to a tipping point. The fact is, Magashule will now cease to have any legitimacy at all. His office will be seen to be part of a faction, and not as part of the ANC as a whole.

This will create major problems for the party. Every day, members will go to Luthuli House with problems that the secretary-general’s office is supposed to resolve. Many of them will now want to go elsewhere – but, structurally, there is literally nowhere else to go. They are unlikely to be mollified by his deputy Jessie Duarte, which means Mchunu would be next in line. They are more likely to want to try to engage with another part of the ANC, perhaps the Presidency itself. This in turn will weaken Magashule further, and runs the risk of paralysing the party.

It will also create a situation in which Magashule is simply unable to enforce his will on the party in any significant way. As a result, he will just cease to exist as a politician; his office will become vacant.

However, it should also not be forgotten what the aim of these meetings attended by Magashule, Zuma and Mahumapelo appears to be. It seems that they were trying to find a legal route to nullify the result at Nasrec. This is more than just complicated. Legally speaking, there may well be a basis on which to do it. As was much discussed before the conference itself, there were many steps involved in the conference that could be taken before a judge. All the way from branch delegate lists, to the auditing process and finally the counting process, all of it could be challenged.

But the real problem is not a legal one at all. It is a political problem. It is the fact that no matter what kind of fightback plan is brought against Ramaphosa at the moment it is surely the case that the ANC would not survive as a coherent political unit, if there were a serious bid to oust him. Who would take over from Ramaphosa? David Mabuza, who betrayed the faction now trying to oust Ramaphosa? Or the person who lost at Nasrec, Nkosazana Dlamini Zuma? Really? Certainly, no matter what happened, the ANC would stand to lose the 2019 election. But more than that, it would fracture, probably into more than two pieces. Just for a moment, imagine the meeting of ANC delegates that would be arranged for this vote. It would not end in a peaceful manner.

And it is this structural problem for Zuma and Magashule and Mahumapelo and the others involved in this that gives Ramaphosa some real power in this situation. He will now face calls from his own supporters to act, and he should be able to do so. Even if all he does is ask those involved to stand up at a meeting of the national executive committee and explain themselves. Just that could speed up the process of the nullification of their power.

Finally, the first impact of this explosive story is that it will place Zuma and the people around him on the back foot, while badly weakening their main ace in the ANC leadership, Magashule. As complicated as the inner-ANC situation is, the Sunday Times exposé was probably the best news President Ramaphosa has had since that long night in December, when he was officially announced winner of the closest ANC leadership race ever. DM